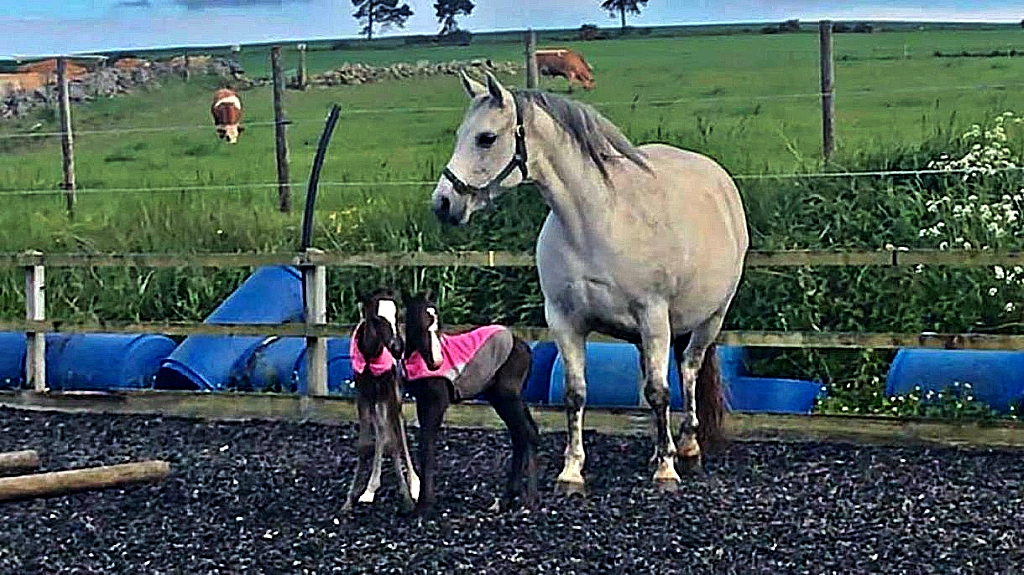 A breeder has called the birth of surprise Connemara twin foals a “miracle”. Alexandra Middler’s 13-year-old mare My Cashel Eile gave birth to a colt and filly by Alexandra’s 27-year-old class one stallion Weston Armada. Alexandra, owner of Craigmancie Stud in Aberdeenshire, said: “We put Eile in foal but we couldn’t scan her because she doesn’t like being interfered with and can be quite feral so we watched her belly grow over winter. 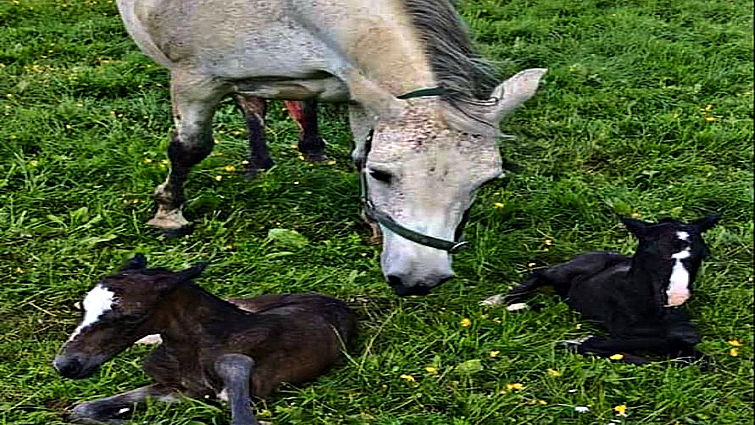 “I was in the field with my groom Ashley Anderson trying to catch a mare and foal, but they kept going over to the fence line. We looked over the fence and saw Eile and I said ‘I think we’re in the first stages of labor.’ Eile whinnied, lay down, and out popped the filly. We thought she was tiny and I said ‘I hope there’s not another one in there’.” The colt was born less than 10 minutes later. 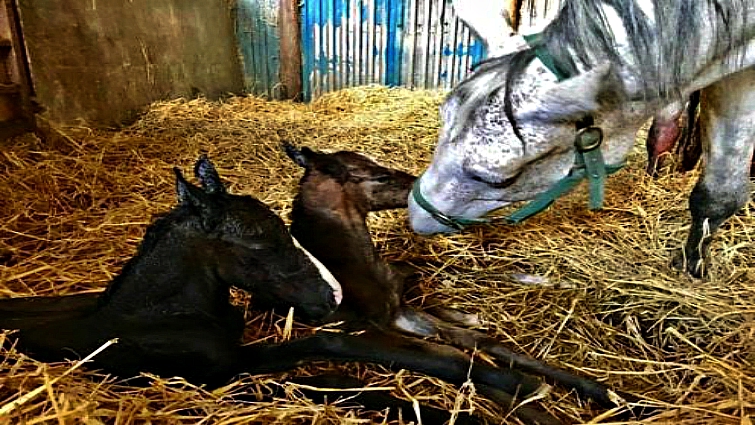 “Eile had licked the filly dry, then contractions started again – she lay down and the other foal was born,” said Alexandra. “We got them into a stable and because they were so tiny, I put my thick wooly waistcoats on them to keep them warm. The colt was slow to stand and I didn’t want the filly to drink all of the milk so I was up every hour milking Eile and feeding them both.” Alexandra said the next four days involved intensive nursing.

“It was a case of really nurturing them to keep them alive. People around were so nice; Moray Firth Stud was kind enough to give us some frozen colostrum and people gave us a box of dog coats,” she said. “The vet was here every day giving them vitamins to keep them going and we did tests to make sure they were getting enough colostrum – everything we could think of we did. The whole thing has been a miracle, we can’t believe it’s happened.”