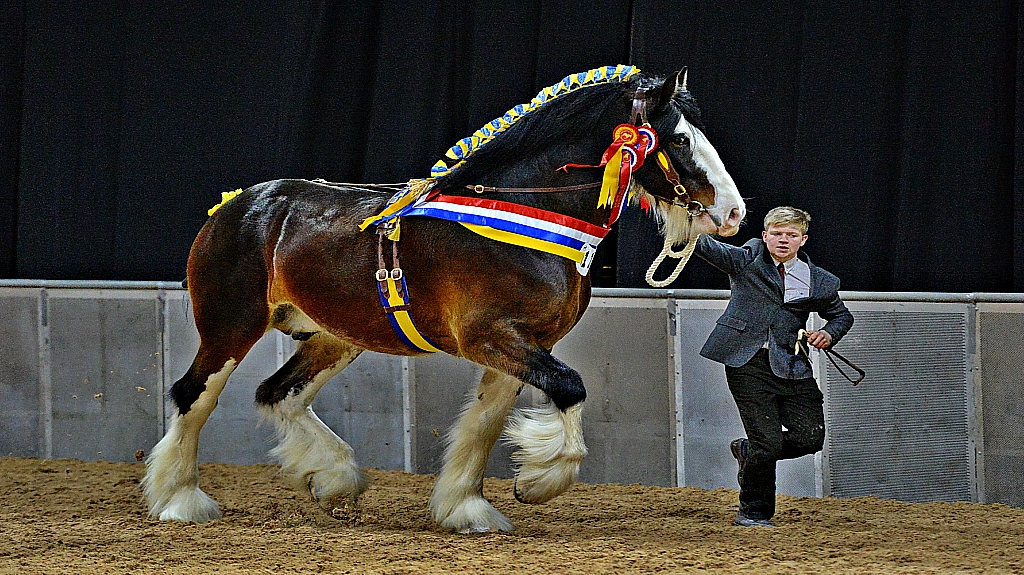 The Shire horse is a British draught-horse, thought to originate in Lincolnshire and Cambridgeshire, although like many old breeds, its exact foundations are unknown. It is believed to have descended from “the Great Horse,” a popular war mount from the Middle Ages. However, the invention of gunpowder eliminated the need for a heavy horse in combat, and as cavalries turned to lighter mounts, the larger horses were increasingly used in agriculture or for pulling heavy carts. The Great Horses were probably crossed with Friesians and other breeds to create a powerful draught animal called the Old English Black Horse in the 17th century. 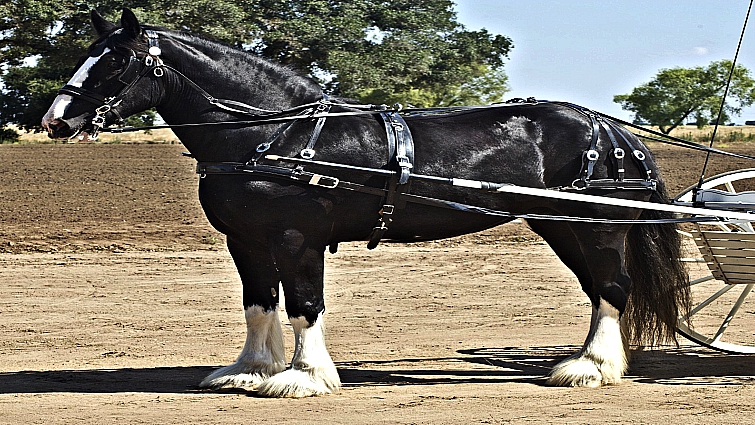 By the late 18th century, a stallion called the Packington Blind Horse was standing at stud in Leicestershire. He is recognized as the foundation sire of the Shire breed. A studbook was established by the English Cart Horse Society (which changed its name to the Shire Horse Society) in 1878, but with records going back to 1701. During the 19th century, Shires were used to pull anything heavy, more or less keeping the industry and infrastructure of the UK running until the invention of the internal combustion engine. 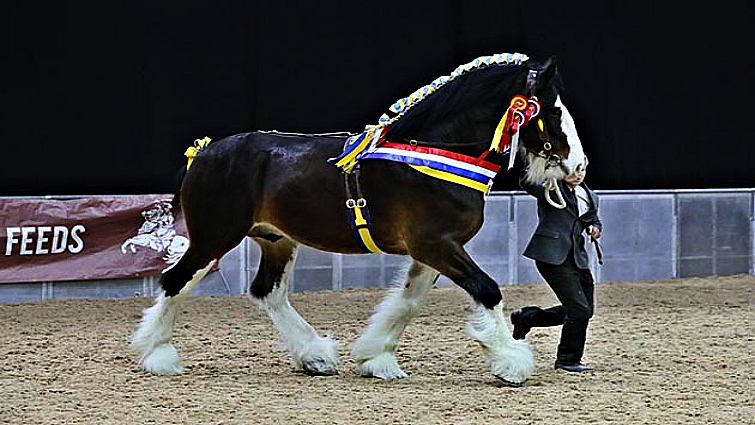 They moved heavy goods from the docks to the cities and countryside; they hauled goods to and from the railways; they pulled barges; they pulled trams and omnibuses; they collected rubbish from big cities; they worked in fields; and they were extremely popular as dray horses, hauling ale from the brewery to the pubs. Like many draught breeds, the mechanization of agriculture following the Second World War decimated their numbers. Once there had been over a million Shires in the UK and United States, but by the 1950s and 1960s, there were only a few thousand left.

The Shire Horse Society and other societies began a campaign in the 1970s to save the breed, promoting the horses as not just as draught animals, but willing and kind riding mounts, and encouraging breweries to continue using them. But even now, the breed is far from out of the woods. The Rare Breeds Survival Trust said in 2018 that only 240 Shire foals were registered in the UK the previous year. Encouraging horse owners to buy heavy draughts isn’t an easy task — they are more expensive than light horses to feed and shoe and may require custom tack. Like other heavily-feathered horses, Shires are vulnerable to feather mites and mud fever. They are also prone to polysaccharide storage myopathy (PSSM), a genetic glycogen storage disease that causes tying up and reluctance to work. It is incurable but manageable with the correct diet.