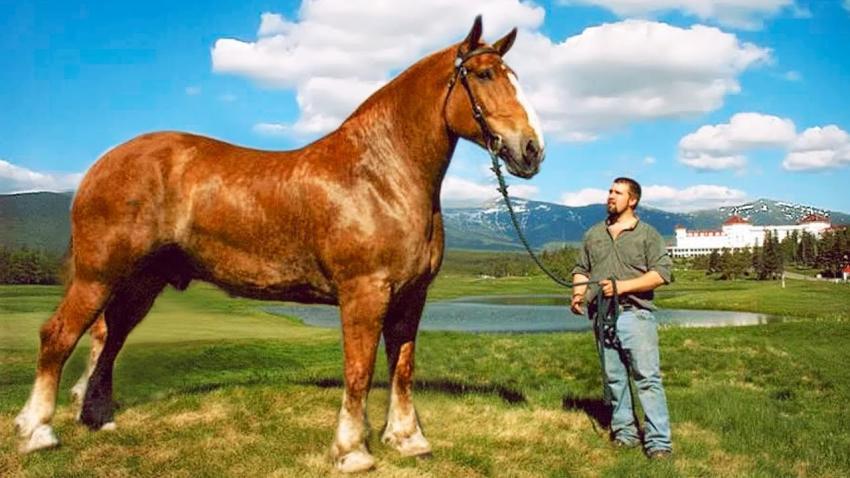 It’s always very interesting to learn interesting facts about horses know and we never get tired of hearing new things about them. Horses have developed from the small wild animals they once were, and throughout history, as people learned how to use them for more and more duties, the more variation in sizes we got, becoming one of the biggest animals in the world.

Every time people see a big horse, they get scared but as soon as they go near them, they realize that there is nothing to worry about because these noble creatures are very generous and loving. Today we have decided to show 10 of the biggest horses in the world, who deserve to be introduced to the public not only because of their impressive appearance but also for their amazing personalities. Their owners have fallen in love with them because of their friendly and gentle natures.

Let’s take a look at these gorgeous horses!

This amazing Shire horse got his name from a biblical bulk and was born in Canada. Goliath is so huge that it is even difficult for him to eat – his neck just isn’t big enough to get his mouth to the ground. The horse has to spread his front legs aside, like a foal, so he can reach the ground.

Since he was born he didn’t have an easy life because of its big size. 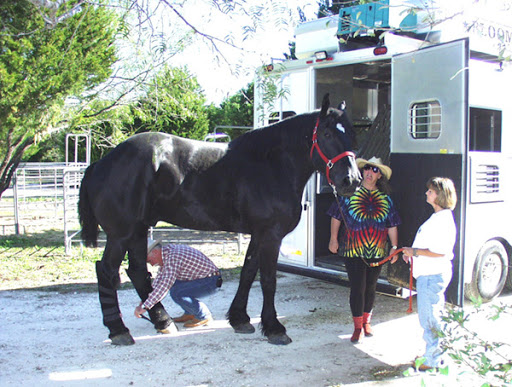 Cracker was a majestic Shire horse born in 1989 in Somerset, England. A couple of years later, in 1992, he was transferred to Lincolnshire and that’s where he became very popular. 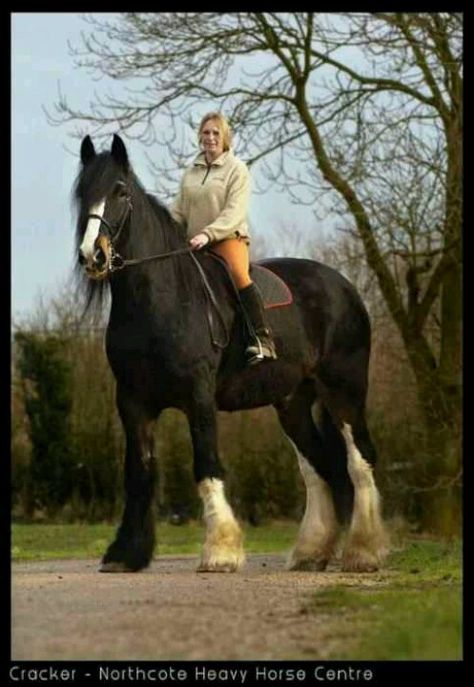 Radar was a Belgian draft horse born in 1998 in Mount Pleasant, Texas, who was at an enormous 1,8 meters and measured more than 1000 kilos. He maintained the record as the world’s tallest horse by the Guinness Book of World Records from 2006 until 2009, and he traveled the nation and made public appearances on the most important Tv Shows. That’s until the Big Jake ousted him.

Remington is an amazing Clydesdale horse born in Texas, United States. He is 80 inches in height and earned the title of the tallest horse existing in 2008 by the Guinness World Record.

Tina’s keepers were the couple Jim and Marge Williams, who owned a hotel named Springbrook Inn, which also had a riding school.

Poe is a Clydesdale horse who was considered to be the world’s biggest horse and in 2009 his owner Shereen Thompson required the Guinness Book of World Records to prove it. Miss Thompson measured 20-year-old Poe at 20.2 hands – or 80.8 inches. He didn’t set a new record but however, is amongst the tallest horses in the world. This staggering battle horse demanded a lot to eat, so he ate 99,2 pounds of grain and two liters of water daily.

Big Jake is a Belgian Gelding horse who has gained worldwide fame for his extraordinary height.

Since he got the Guinness World Records title nine years ago, hundreds of visitors go to the Smokey Hollow Farm in Poynette, Wisconsin, USA to see the stunning horse by themselves.

Sovereign is recognized to be Britain’s tallest horse, who reaches 10 feet tall. His owners did not think he was going to be for so big when they saved him four years ago. He was evacuated and skinny at that time that all it would have taken was a little push and he would fall to the ground. But now he’s in such good shape because of his new owner, Paul Evans, who has taken such great care of him. The ten-year-old shire horse stands at an unbelievable 21 hands from his foot to the bottom of his neck. When its owner, Paul Evans tried to ride it, it was very difficult. He says that his lovely Sovereign can’t use a horse seat due to its size.

Zeus was a giant Belgian Draft horse. During his beginning years, this Belgian draft horse lived with its owner, a farmer in Maine but he was too huge to handle so they relocated him at Omni Mount Washington Resort horseback riding stable.

Sampson is a Shire horse born in 1846, in Toddington Mills, Bedfordshire, England. His top weight was estimated at 3,360 lb (1,524 kg). It became appreciated because it weighed 84.8 inches on height, being at his time the biggest and heaviest horse in the world ever.

Watch all of them in the video shown below!