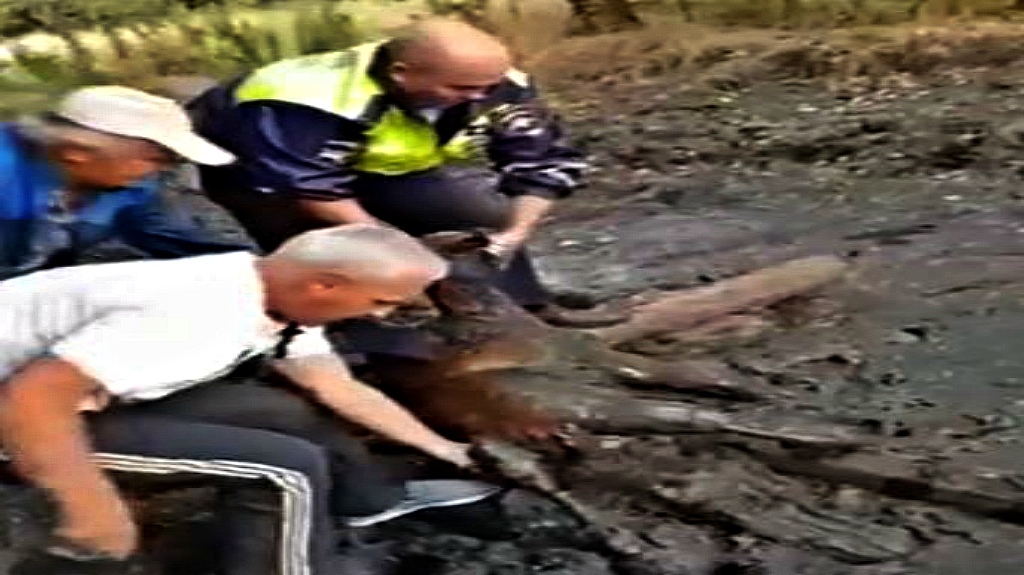 I often find myself in awe of animals. They appear to be much more powerful than us, they can survive all kinds of conditions, have incredible strength, and some even travel great lengths at a time. As humans, we have our strengths too, but it often seems like this world belongs to the other members of the animal kingdom. Regardless, animals sometimes need our help, the same way we need theirs. 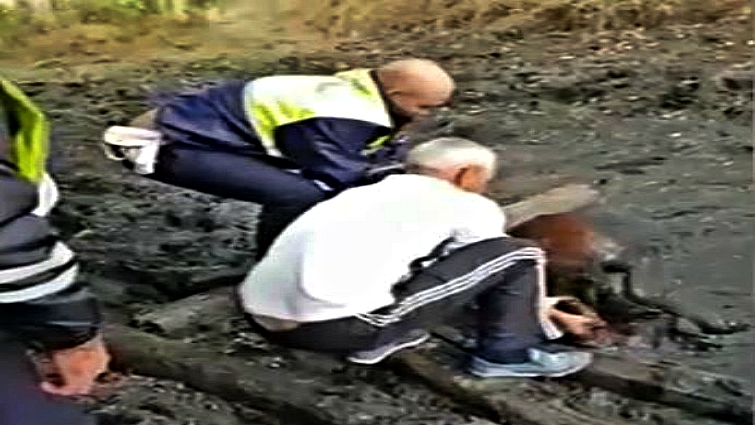 They can get stuck or trapped, and the only way to get out is if we help them. That’s why many organizations have formed with the aim of saving animals from all kinds of dangerous situations. Rescuers are often willing to put their own safety at risk, too. 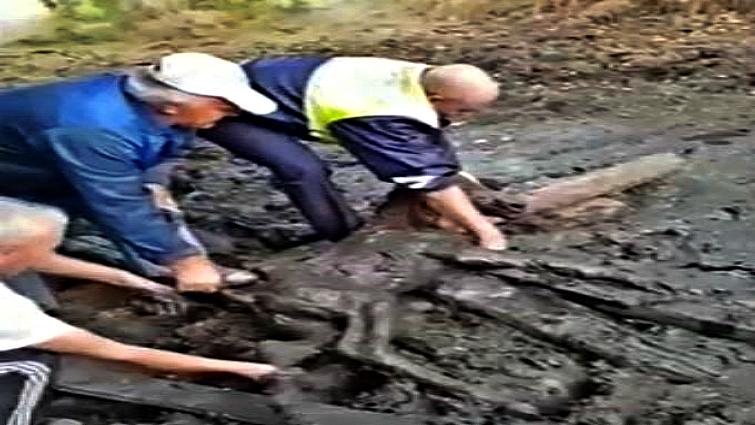 But when a foal got stuck in a mud pit in Russia, there was no time to call rescuers. It was up to the foal’s owner to do all the heavy lifting — quite literally. Luckily, there was an officer nearby who didn’t hesitate to get his hands dirty. The two men started pulling the foal through the mud. The baby and his mother were involved in an accident that caused both of them to break free.

The little one ended up in the trap, and his mother watched helplessly as her owner and the cop struggled to tug him out of the mud. The foal had also been born just moments before. Luckily, both mother and baby made it out of the ordeal alive.