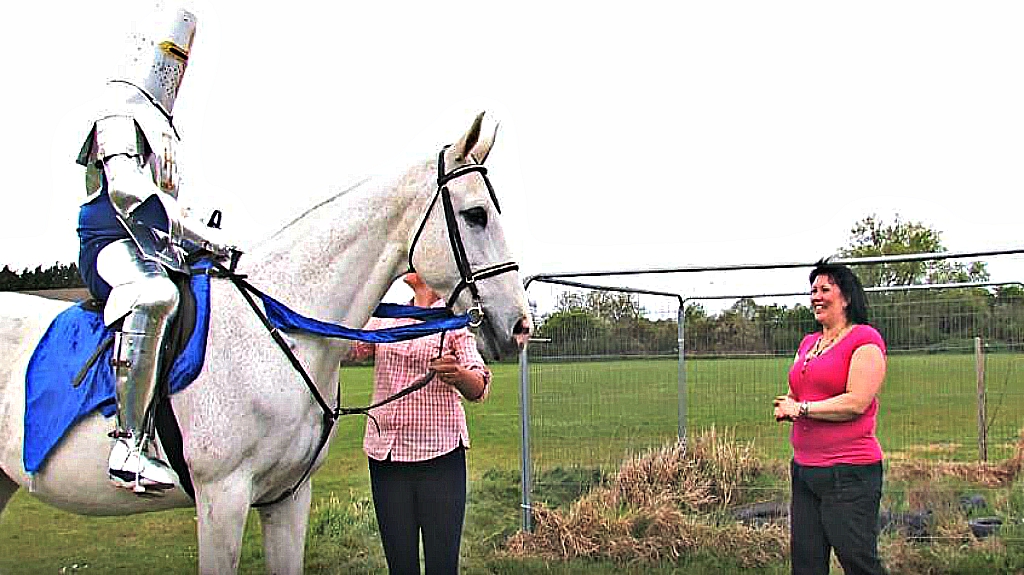 When teacher Tracey Badenski stepped outside the school where she worked, the last thing she expected to see was a knight in shining armor approaching her. But there he was: on a majestic, gray steed. In fact, beneath the knight’s helmet and armor was 49-year-old Mark Crayford, Tracey’s boyfriend. 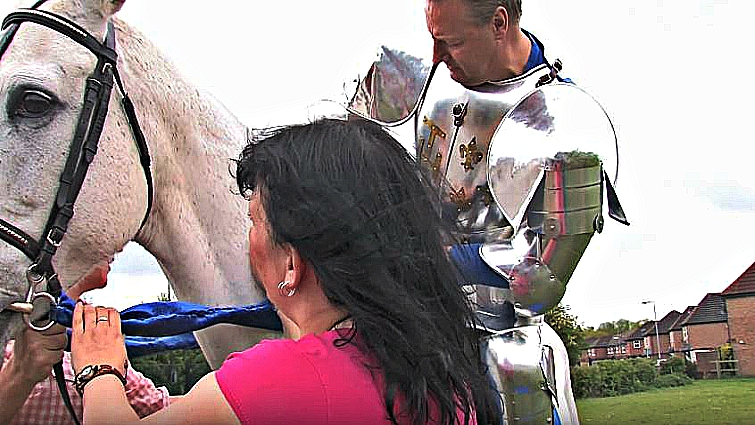 Tracey couldn’t hold back a smile as Mark approached on his horse, who went by the name of Dove. Now, if someone showed up at your doorstep dressed in full knight gear, you probably would be pretty surprised. And Tracey was, too. But they were both surprised by what happened next! Mark removed his helmet and made to dismount the horse. 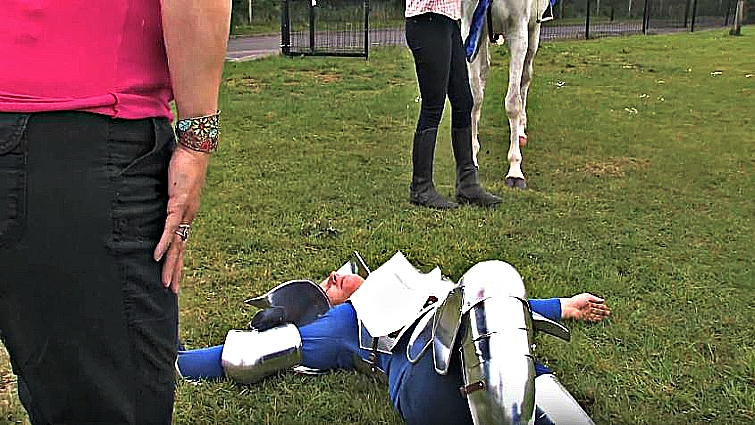 Unfortunately, all that armor got in the way of a graceful dismount. Tracey and Dove’s handler tried helping, but by that point, it was too late. Dove had already had enough. To expedite things, the horse suddenly lashed out and sent Mark flying!

That armor had done its job in starting the surprise, but it sure came in handy for the ending — and worked to protect Mark from his fall. Sometimes, the best surprises are the ones that have a few hiccups thrown in, although I don’t think Mark expected to end up on the grass!