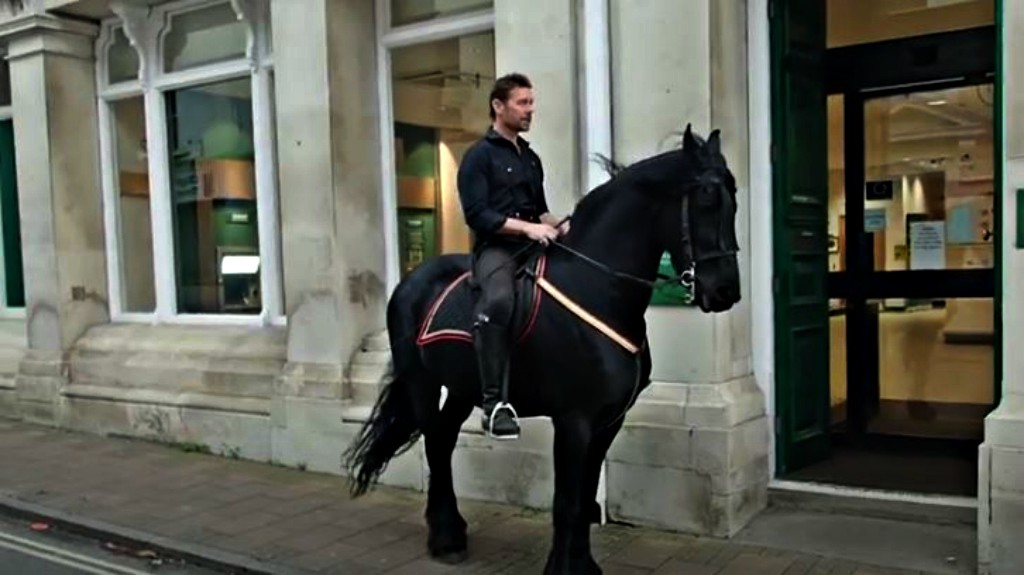 Every single day, the majority of us have a lot of obligations that we have to deal with, especially people who are working full time and also have other duties that they need to finish. Life can become very stressful, you might be very satisfied financially as you have a well-paid job, however, you are not happy because of this is associated with a lot of stress. Another thing that can make someone’s life stressful is also traffic jams. 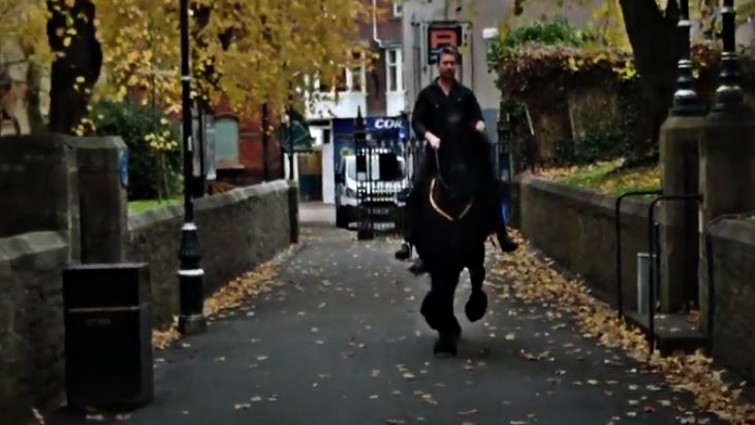 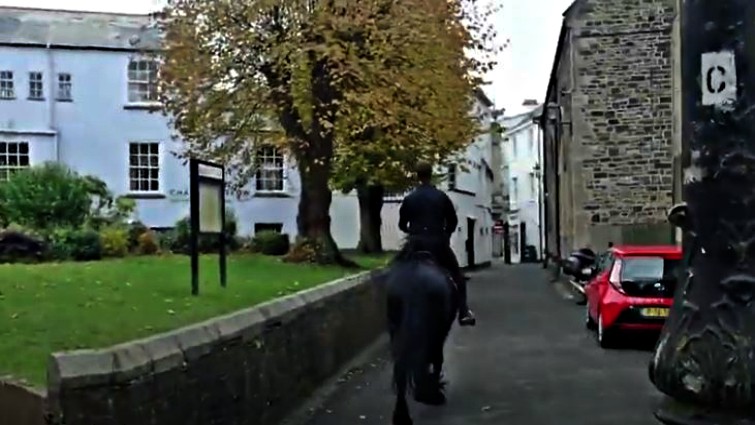 People who ride their cars every day might get really frustrated, especially when they go late to work or they have to get very early in the morning. Not only going to work, but also going to the supermarket or doing other necessary activities. There are thousands of them and riding your car does not seem like the best option. Well, a good substitute for a car is definitely a horse. Riding a horse is way more relaxing and it is believed that it brings the stress levels way down.

The man that you are going to see in the video totally agrees with this as well. In this specific video, he beats the traffic by riding his horse to the bank – with his four-legged friend bearing an uncanny resemblance to the bank’s famous logo. Shoppers on the streets of Barnstaple were left gobsmacked when equestrian, Jonathan Marshall, casually trotted up the high street yesterday on his striking black stallion, Amadeus.

The 50-year-old from Gooseham, near Bude in Cornwall, turned heads as he tied Amadeus up outside a branch of Lloyds Bank – which fittingly carries the iconic black horse logo – and went inside to pay in a cheque. Jonathan, who trains horses and birds of prey for TV and films, has had 10-year-old Amadeus since May when his owner was killed in an accident. This is such a great idea and I believe people need to do the same thing as well, of course, being careful with all the other vehicles moving as well. We all know that vehicles can be dangerous for a horse, but if you are careful, it won’t be an issue. Have a look at the video and enjoy!