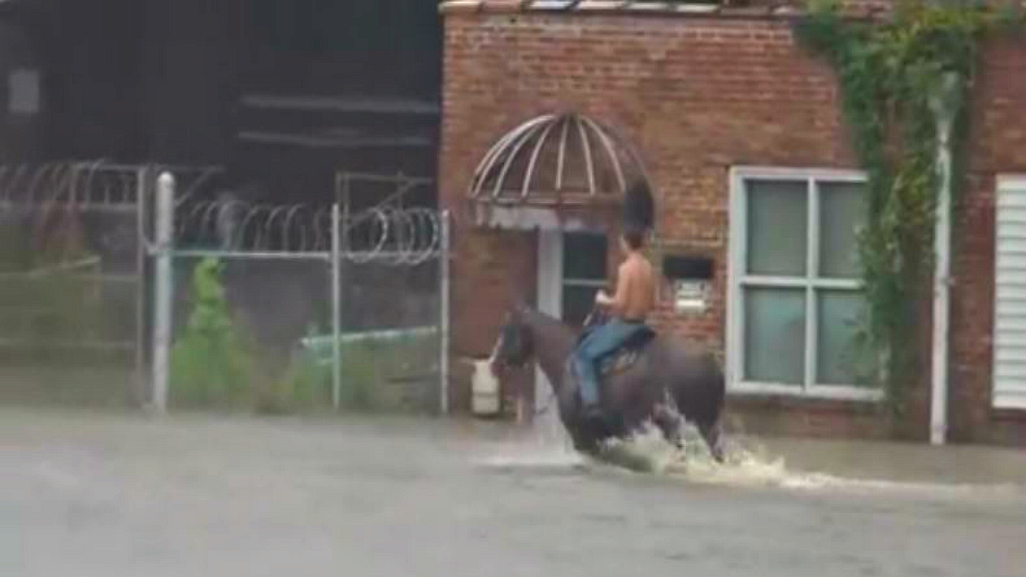 A shirtless man riding a horse in the middle of a flooded street was captured on camera. A media crew was out in the area doing live reports about the high water and flooding when this man casually rode his horse through the back of the camera shot. Although the local and state officials had made their warnings not to go out this guy apparently didn’t listen to them and boldly decided to ride his horse through the floodwaters in Randolph County. 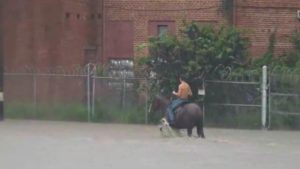 This video is watched by thousands of people and caused different reactions. Some of the people considered him to be really reckless and not thinking at all about the horse because no one knew what was under the water and there had been cases when the horse was bitten by a snake or fire ants. But some folks in the comment section of the Facebook post wrote that they knew him and he was just checking on everyone. 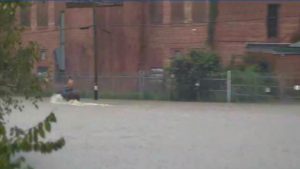 The man is named Little Jim and he what he did was really brave but as we watch the video we are really afraid of what the horse might step on or run his legs into in the water, no one knows what’s in the water. What do you think about this? Watch the video and share your opinions with us!

SHUT ALL THE FRONT DOORS! A shirtless man on a horse gets his 15 seconds of fame after galloping into the WFMY News 2 Crew's live shot on a flooded street in Randolph Co. GIDDY-UP! #Florence https://on.wfmy.com/2OkPy43