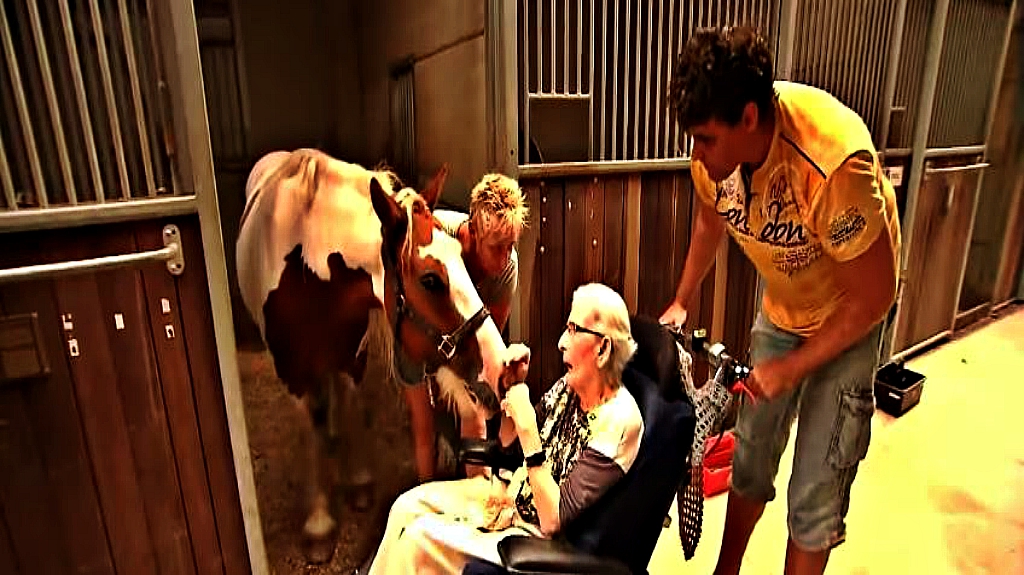 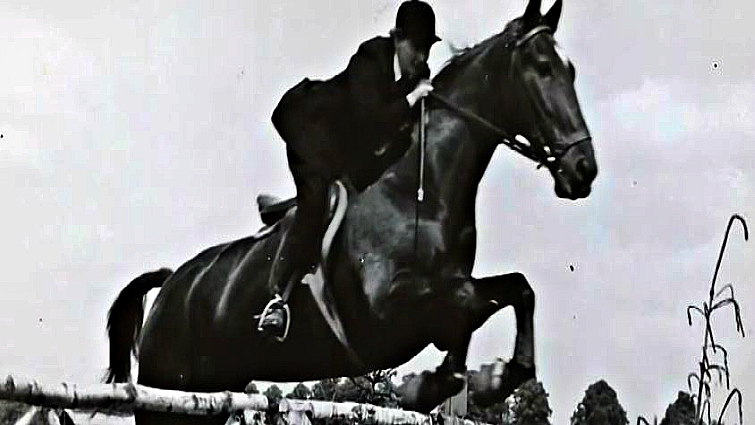 Symptoms start gradually, sometimes starting with a barely noticeable tremor in just one hand. Tremors are common, but the disorder also commonly causes stiffness or slowing of movement.) 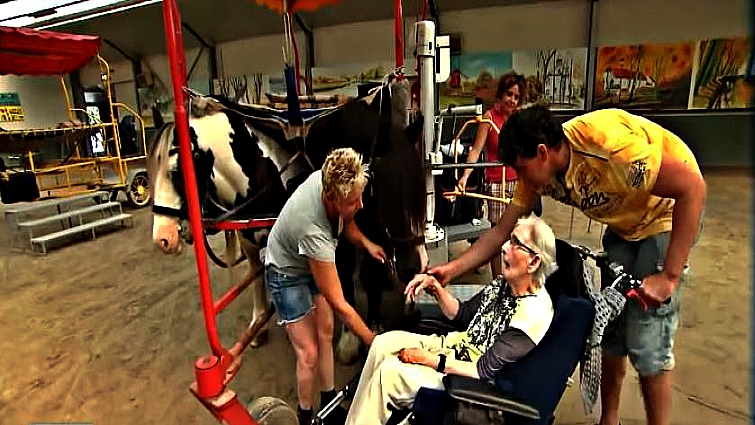 A project titled ‘Hidden Desires’ granted Nelly Jacobs’ last wish and arranged for the 87-year-old to visit a stable in the Netherlands. She was placed on a bed carried by two horses and ridden around as she reminisced about her younger days as an equestrian.

Nelly was introduced to horse riding when she was nine and has been in love with the animals ever since. There is nothing left to say but enjoy this sad yet beautiful video below.