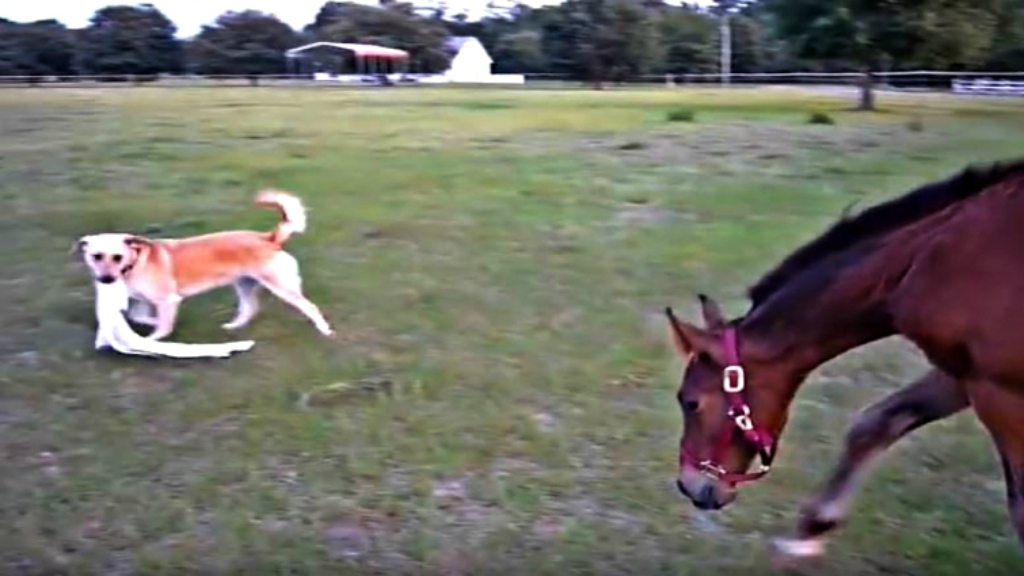 Do you remember the first time when you met with your best friends? When you think about such moments after years of friendships, it is quite interesting to get to see how strong this friendship has become over the years. It might have started in a very awkward way and you probably thought that you would never see your friend again or you might have known since the beginning that it is the start of a beautiful friendship. 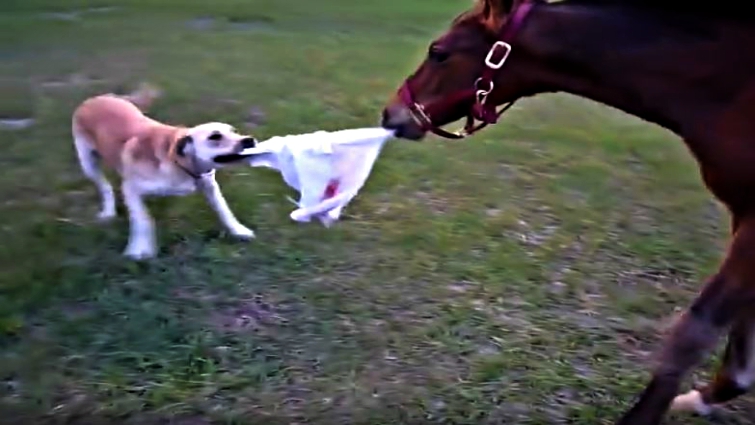 The same thing happens with animals as well. Sometimes, it takes a long time for them to get used to each other but on the other hand, it takes seconds for them to realize that they will become best friends. When it comes to animals like dogs and horses who are both very sociable and are very good at entertaining, such beautiful connections are usually immediate which is also reflected in the video below.

This Jack Russel is having the time of his life playing with a rescued foal in an open field. Throughout the clip, the pooch plays tag with the horse while holding a white cloth in his mouth. At the very beginning, they even engage in a little game of tug-a-war. And, just wait till you see what the horse does at the 0:18 mark!

The video, which has over 3 million views on YouTube, received hundreds of positive comments, including a user who wrote, “I want a dog like that.” They can’t stop running together. Apparently, the horse is trying to get the white cloth from the dog’s mouth so it is constantly running after its friend. The horse keeps doing it over and over again in hopes of getting it soon but it is not succeeding.

It seems like the dog is determined to keep the white cloth on his mouth. Well, as long as they are not getting angry, I don’t see a problem with it. The video takes us back to 2010. The definition of old but gold. Please have a look at it and let us know what you think about this adorable friendship. I am pretty sure your horse has similar friendships as well.