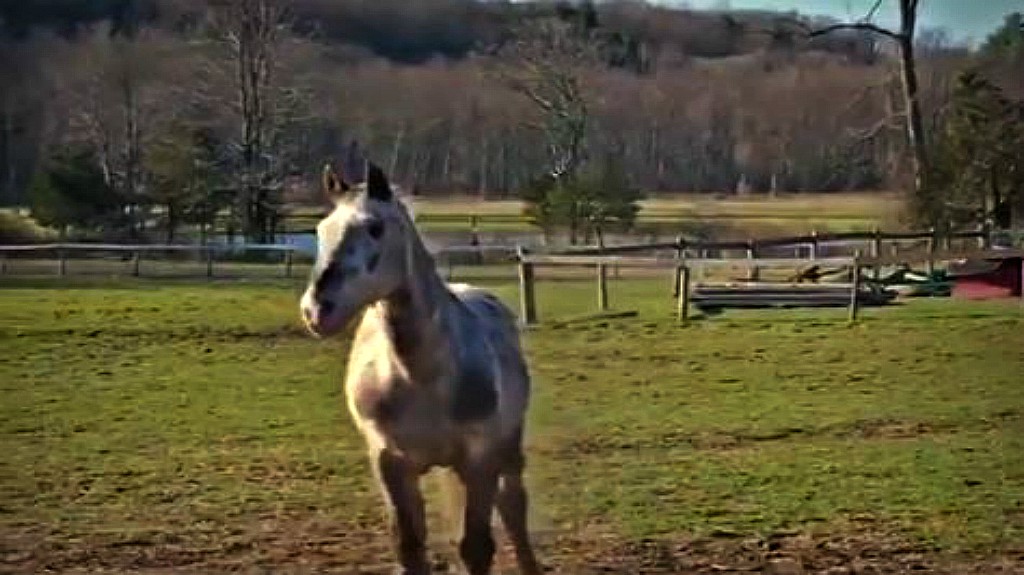 I believe it is very difficult for someone who was either born with a disability or has gotten a disability during his/her life. Nobody can understand it unless he/she is experiencing it itself. The reason why life is difficult for them is that they have a lot of limitations that might prevent them from doing the things that they like to do no matter how hard they try. Not only humans but there are a lot of humans with disabilities as well, however, they have proven to be very happy with their lives. 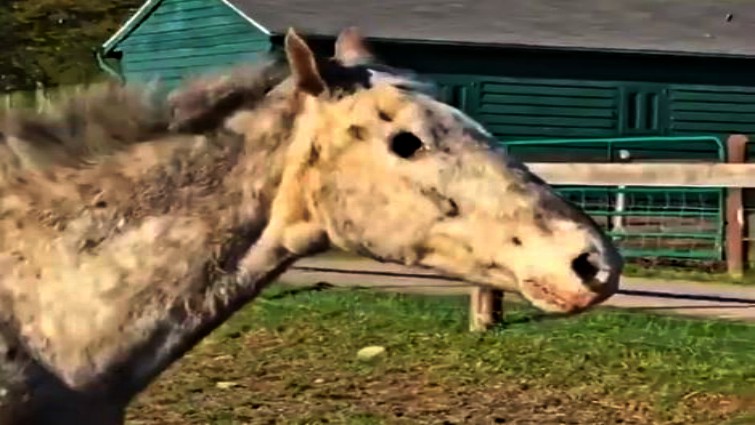 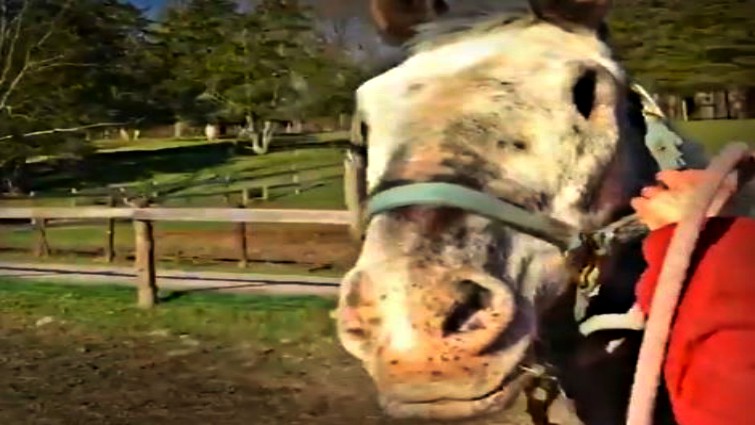 Do you remember the three-legged pony who due to an incident (his mother sat on his leg so it had to be amputated right after as it was no longer functional) lost his leg, however, because its owner worked so hard to find a leg so the pony could walk, he couldn’t be happier as he managed to walk and even run around like all of his friends. Here, we are going to bring another inspiring story of a horse who despite being blind, is one of the happiest with his life. Let’s get to meet him.

Buddy is a blind horse who lost his eyes, but that hasn’t stopped him from living a very normal life at the Catskill Animal Sanctuary. Too often, when animals are in need, their owners can’t find it in themselves to be there and support them. Sadly, Buddy had this very fate. When Buddy started to go blind, his owners decided to surrender him, as they could no longer care for him. Thankfully, at CAS Buddy can get the care that he needs. But his blindness was persistent and very painful.

Eventually, the condition required the removal of Buddy’s eyes entirely. Losing something so vital to everyday life was tough for Buddy. It took months of rehab and a lot of TLC to get him comfortable. Now Buddy thrives in his environment! He learned how to accept his life even though he was blind and now he is as happy as other horses who have families who take care of them. Have a look at the video below and share some love for this unique horse.

Horse Who Lost His Eyes Still Runs Around With His BFF