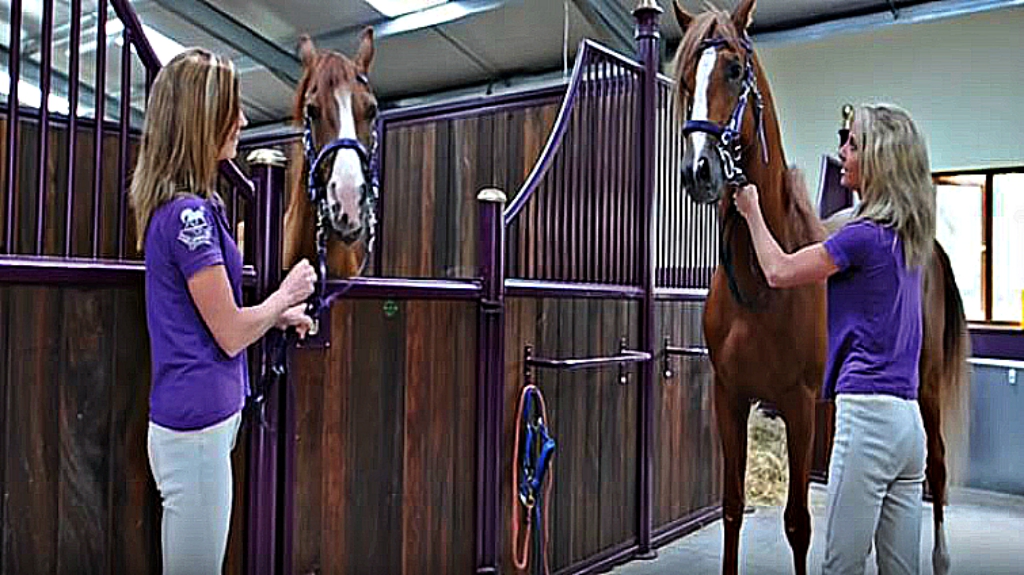 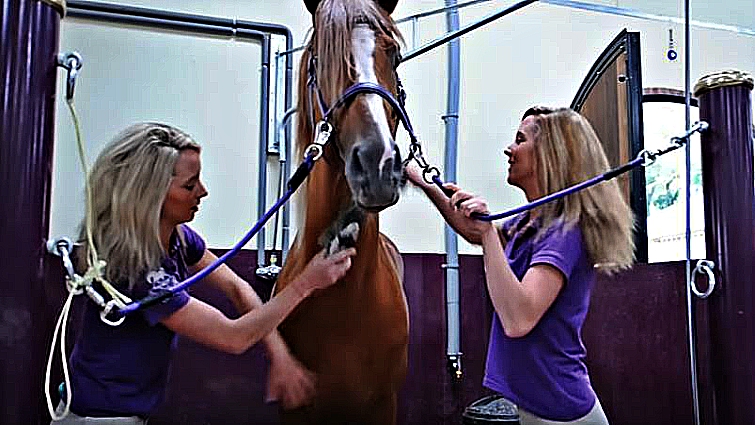 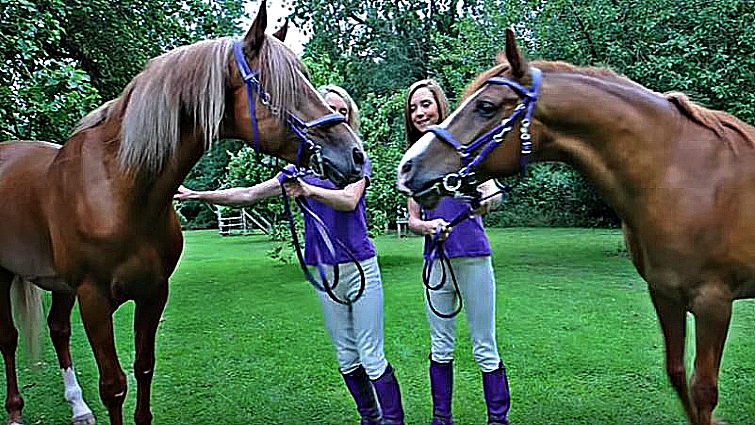 At the beginning of the video, the first sister is moving towards the camera with her horse and right after, her sister does the same thing. If you do not pay attention for a few seconds, it looks like the video has just been rewound, but no, there is another horse and girl.