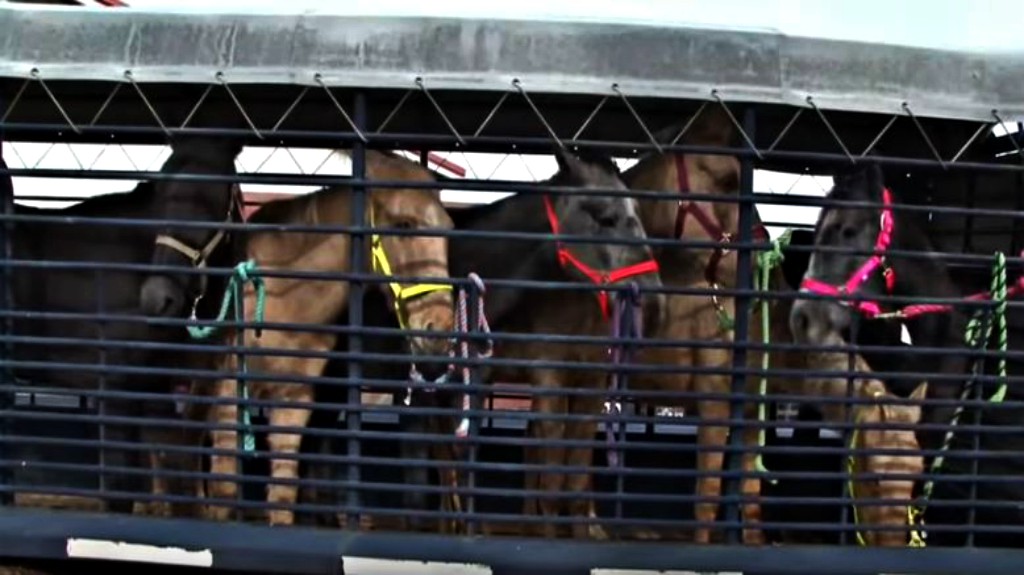 One of the biggest issues that is, fortunately, raising on social media discussions continuously is animal mistreatment. It is scary to think about how a lot of animals have been treated in a very harsh way. We can still visualize the terrible moments that these animals go through. This situation is very serious, so we had to bring the video below here, which is one of these heart touching cases.

When the Humane Society heard about a farm in Tennessee that was mistreating its 84 horses, they immediately went to work. Driving over to the farm with sheriffs and other police members in tow, members of the Humane Society refused to leave until every single horse was surrendered, and the farmers living there were arrested.

Although some of this footage is hard to watch, it’s so good to know that there are people out there looking out for the welfare of all animals, and who won’t rest until they are sure they have been able to save as many as possible. The Humane Society members in this video obviously love animals, and as you can see by the way these mistreated horses immediately trust them – animals love them right back. This story is so inspiring for the fact that a lot of organizations like The Humane Society are growing in number so we believe that the unkind cases will reduce as much as they can.

I believe that a great way how to improve the future is educating today those who will have a big impact on it, referring to young children and young adults because it will be up to them to make the world a better place to live. I am not talking only about animals’ welfare but also for a lot of concerning topics regarding environmental changes and political conflicts all around the world.

I believe that we can save our world before it is too late. The moment of such success will be achieved when we will prioritize our physical and psychological health, including the welfare of animals over every economic incentive that leads us to the wrong path.