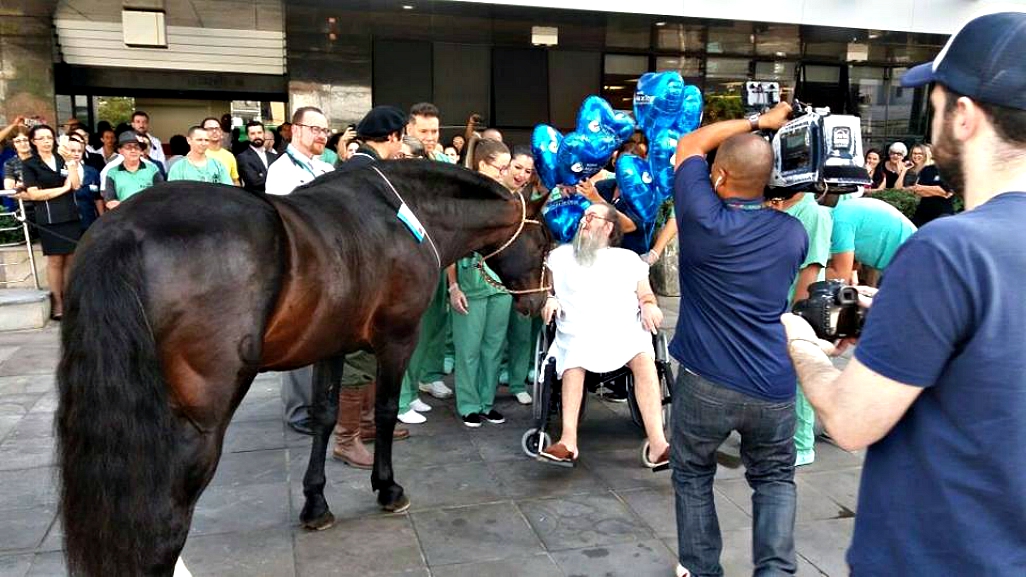 What Francisco Mena needed in order that he be healed was a real and sincere friend, his horse. Doctors gave him little hope for improvement but his condition completely changed after his horse paid a visit to him. Esquilador, the horse, seems to transmit a lot of positive energy to his owner. After his condition became more complicated, he lost his appetite and became too weak to walk. 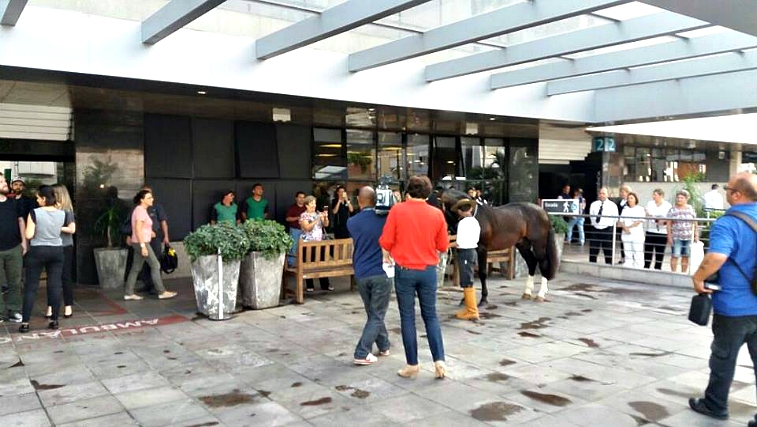 None of the medication seemed to help him and his condition started to deteriorate. He became so depressed that he lost all faith in recovering. As the doctors saw no improvement they had one idea. In the past, they had allowed dogs to visit the hospital to help lift their owners’ spirits. Esquilador was a bit bigger than a dog, but they thought a visit from the horse might be just what Mena needed. 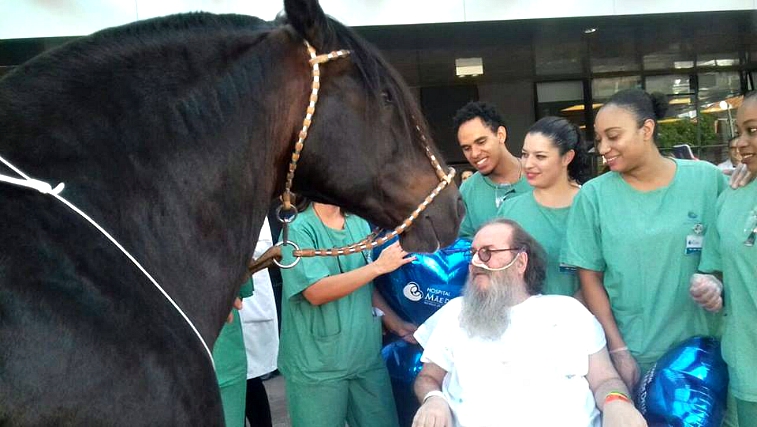 One of Mena’s physicians, Dr. Daniel Souto Silveira said, “When Mena saw his horse, the change in him was immediate and significant. His mood lifted, his appetite returned, and he found the strength to start taking steps with his walker. He transmitted love and the horse reciprocated, doing something the animal couldn’t imagine: saving his life.” Mena has continued to improve since the visit of his horse and all thanks to the power of the horse.