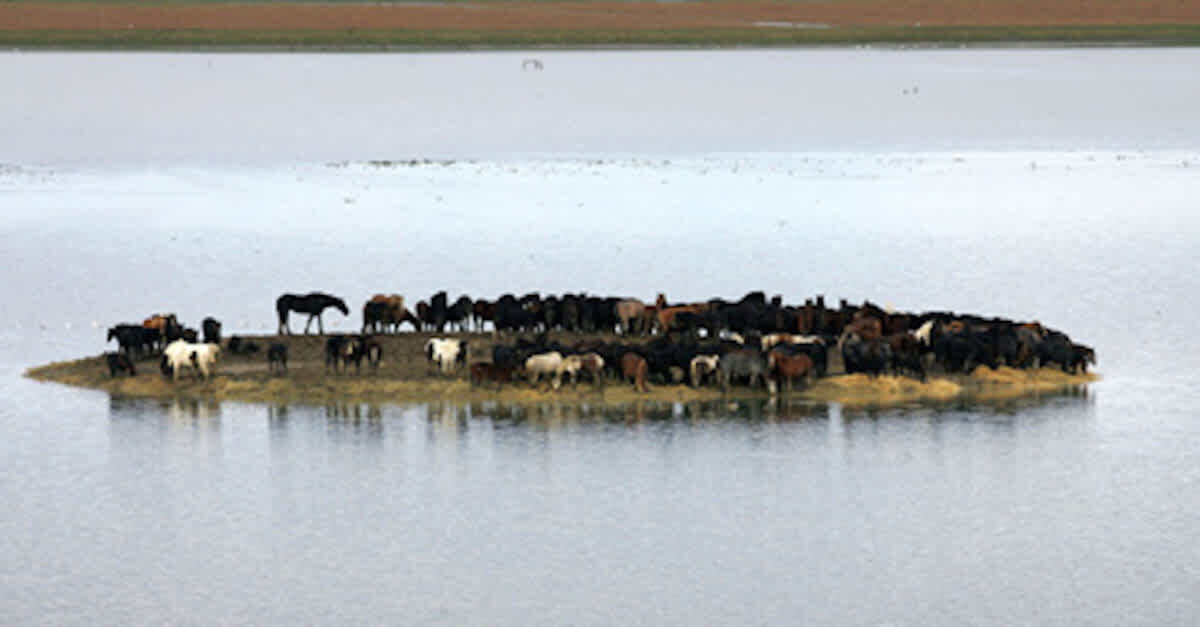 Nearly 100 horses were stranded on a small island in the Netherlands. A huge storm surge pushed seawater into the earth outside the dikes of Marrum, a town 90 miles from Amsterdam. Nineteen horses drowned or died of exposure on the muddy knoll that was turned into an island.

The international press began to pick up the story of the Great Netherlands Horse Rescue, yet authorities’ efforts to rescue the horses continued to fail. In order to save the horses, rescuers would have to lure the stranded herd through receding floodwaters to safe ground, all while riding horseback. No one thought it could be done in a safe, controlled manner.

On the third day, the waters were expected to rise with the next storm. This would ultimately destroy the horses. In the meantime, the horses were growing weaker by the minute and were on the brink of giving up. But just in time, a posting appeared on the Friesian horse forum: “Horses and riders sought… Only experienced riders with horses without fear of water” could attempt such a harrowing rescue.

The all-female riders — Susan, Micky, Antje, Hinke, Christina, and Fardow — heeded the call. They met the next day to bring the horses to safety. In the following video, you’ll see what these heroic women accomplished by risking their lives for the lives of their horses… Shout out to these amazing women.