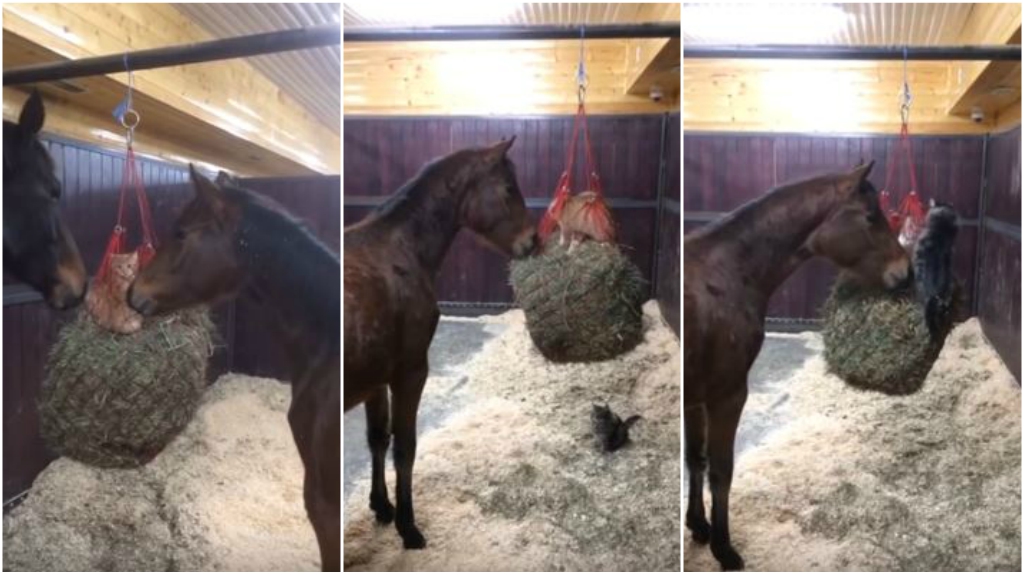 When kittens Donald and Justin were adopted by a family in Spruce Grove, Alberta, they were pretty shy. Donald and Justin were introduced to the family horses but were scared of them at first. The unidentified owner told Newsflare that the kittens were initially frightened of the horses, but have since become friends with them. 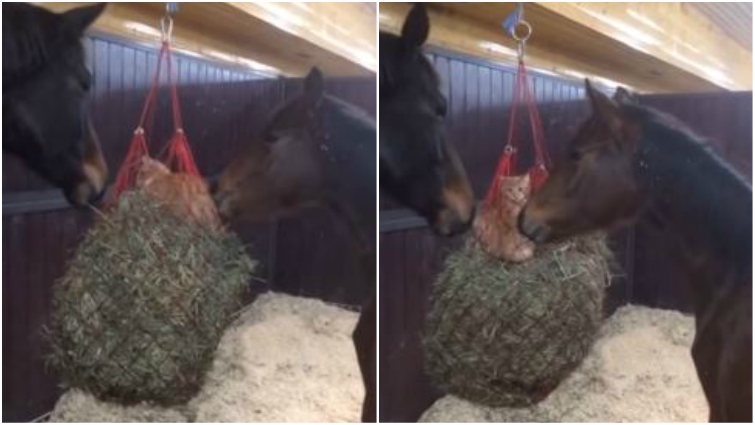 Horses and kittens seem like unlikely pals, so how did they become such good friends? Well, the kittens realized they could climb onto the horses’ hanging hay net, which put them at eye level with the horses. Now the kittens are completely fascinated with the horses, and the horses seem pretty happy to have little cat friends. 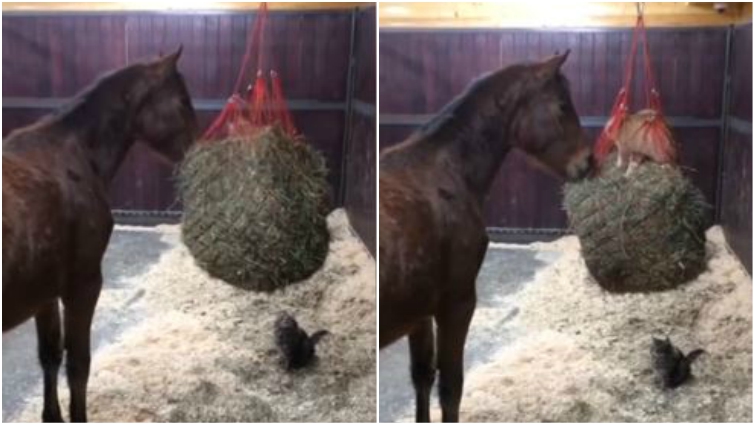 The video shows one-horse eating from the hay net, which spins around to reveal a little orange kitten just hanging around. As the video progresses, we see another horse enter to eat. Another cat appears on a pile of hay on the ground. The cat jumps onto the hay net and the horses begin to nudge the kitten sitting atop the net.

In between bites of hay, the horses gently prod the kittens with their noses, sniffing them and trying to lightly show affection for the small animals. The orange kitten seems pretty amused by the horses, who blow air at her and push the net around. The gray kitten isn’t quite as successful in his play efforts but tries his best anyway. If you really like this video, make sure to share it with your friends and if you do have similar videos, make sure to send them to us.