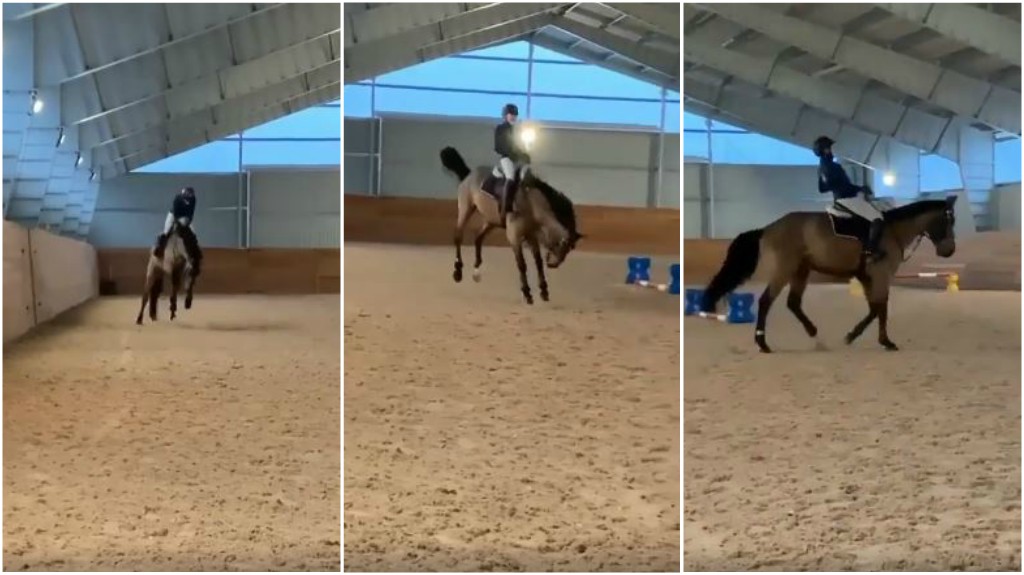 If you are an equestrian than you already know that horses buck for several reasons, even the most unusual reasons we never thought of. I bet that every rider has dealt at least one with rearing and bucking horses. Many horses haven’t tried to buck while they were being ridden, so they never learn how to do it. 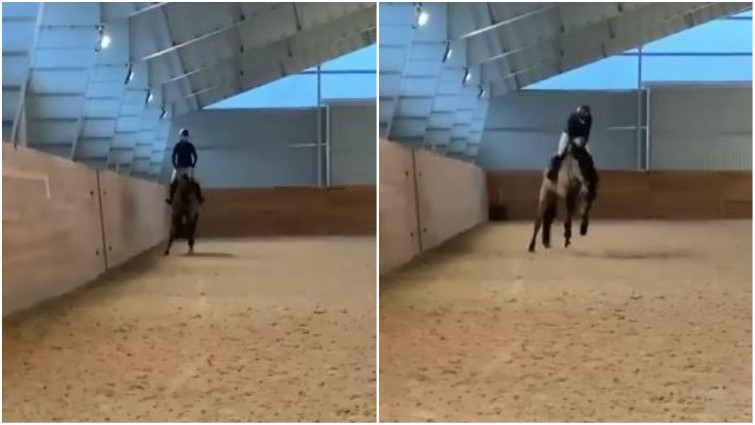 But there are other horses, who are more “tickly” and buck once or twice when they are first saddled and ridden.  Bucking is a risky habit that should be stopped as quickly as possible. Some horses that do buck in training give it up after they find it doesn’t achieve anything, and they’ve become used to the saddle. 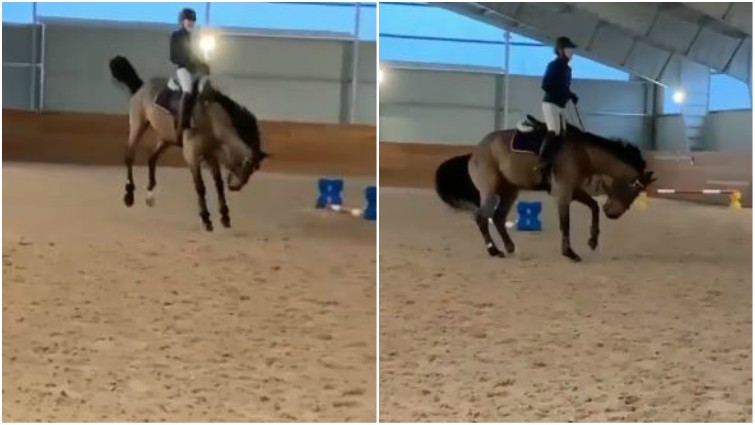 If still, the horse ever drops his rider, he may learn that bucking puts him in command, over the rider—and so he proceeds using it as a sneaky tactic. Some horses buck instinctively and without thinking whenever they’re upset or annoyed but bucking may also be a horse’s response to pain or tenderness from ill-fitting tack. As we mentioned above, there are several reasons why a horse may buck, such as pain, distress, excitement, and other reasons we haven’t been found out yet.

In the video shown below, you will see a naughty horse who tried to knock his rider off his back, but the rider looked quite confident, so he managed to stay on the horse despite the horses’ attempt to throw him off. Watch the video below for more and share it with your other equestrian friends who may have experienced the same thing.