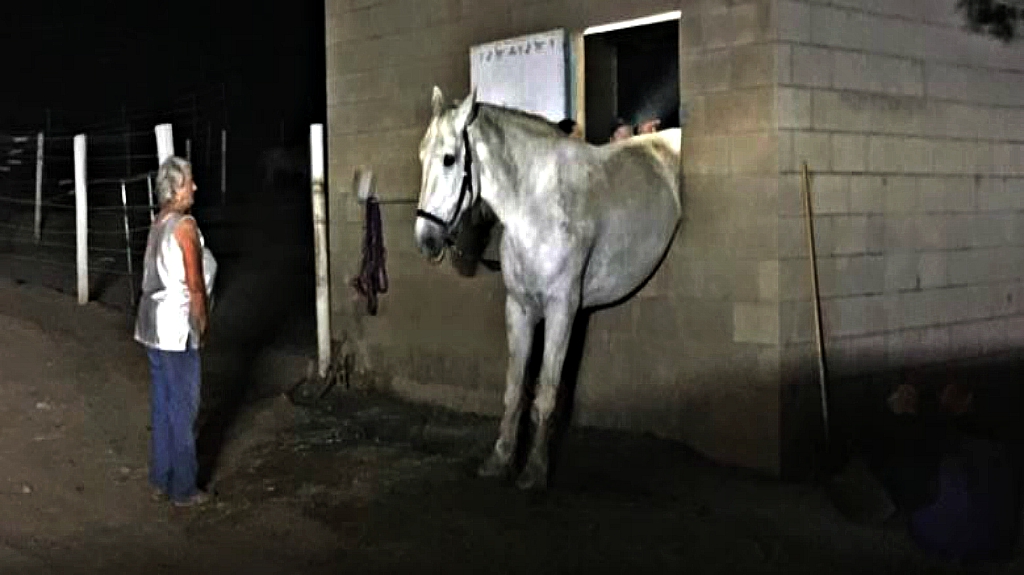 One of the most showcasing points of a horse’s intelligence is their ability to escape in different ways from their barns or stables, It is scary when you actually think that there is no way for your horse to escape cause you have made sure of it through different safety measures, however, they still think ahead of you and find a way how to leave you shocked. I remember the mare who opened her stable door and not only did that, but she went and opened her mates’ doors as well and it was definitely something that no one expected. 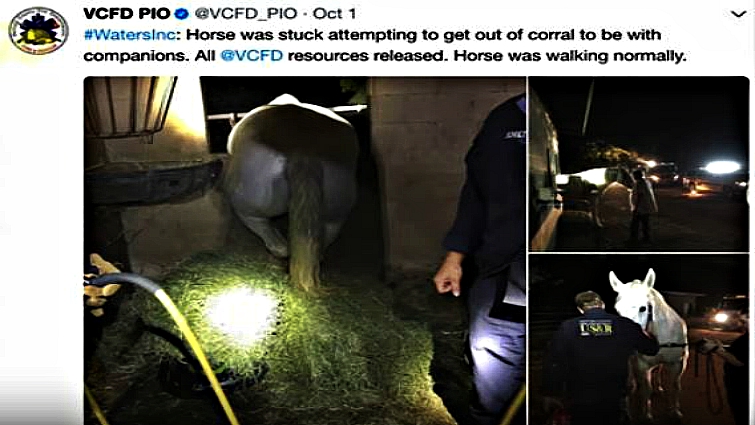 What about the one who went down the fence? Everyone thought that maybe he would try to jump over it but at the very last moment, he fell down on the ground and then the speed that he took at the beginning helped him slip under the fence. That was a whole new level of genius. Well, the case in our video below is predictable, definitely something that we would expect. Let’s get more into details to understand what is it about. 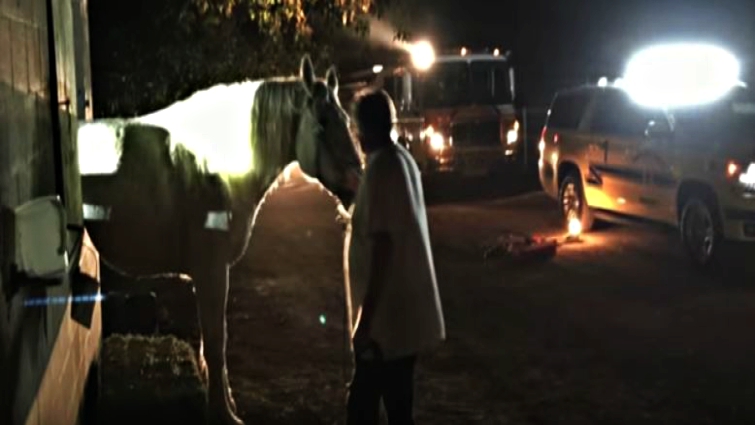 The daring horse planned a great escape and saw a window out of which he could jump out. He tried to fit through it — and failed. The horse was partially stuck in the window and had to wait until firefighters showed up before he could go anywhere. The rescue took about an hour, but thankfully the poor animal was eventually released from the trap. The authorities say that, despite the mishap, the horse was walking normally after he was freed and didn’t appear to be injured in any way.

There was no word on whether or not the horse was able to run around with his friends, but we’re sure hoping he did, after everything he had just been through! It was a very touch moment and I really do believe that the horse was really lucky for not getting severe injuries. Let’s hope something like this won’t ever repeat again. Please watch the video below and share your thoughts about it. If you really think that it is worth sharing, please make sure to share it with your friends.