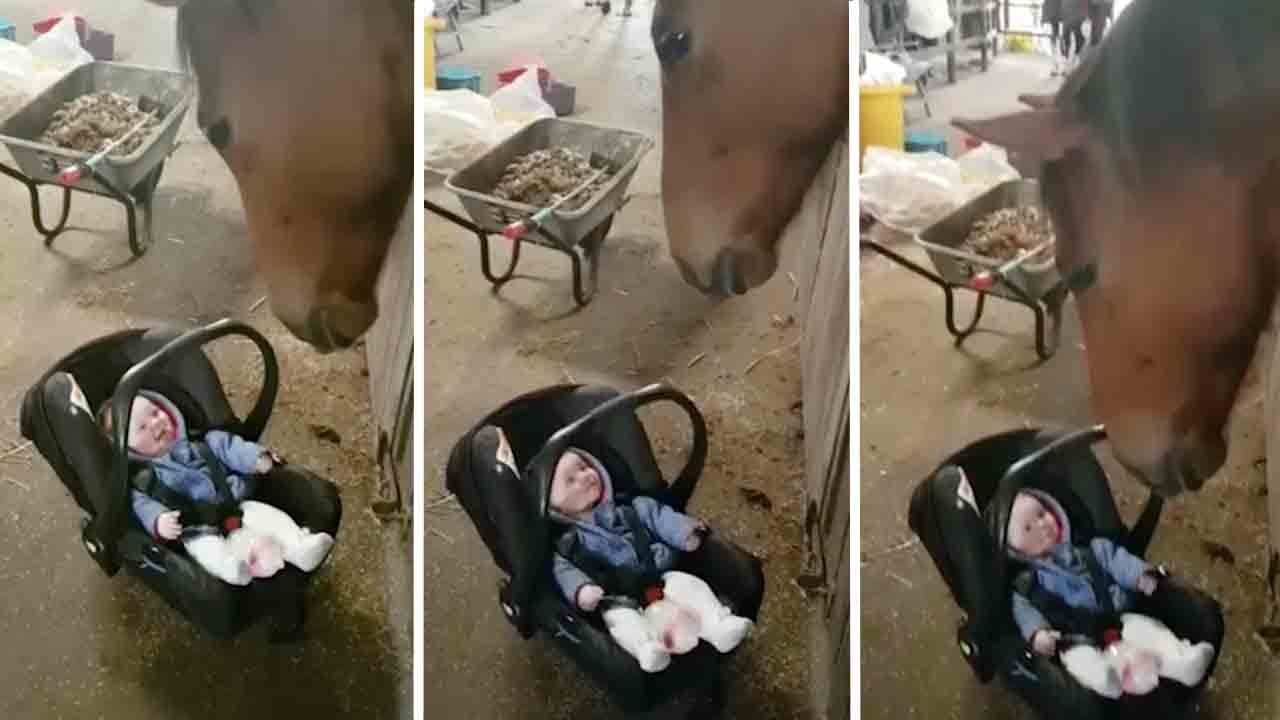 Well, that’s one way to calm your toddler down! A little toddler by the name of Ruby got the experience of a lifetime when a horse named Red started rocking Ruby’s baby seat. Red was still in his stable, but he wasted no time offering his nose to rock Ruby back and forth in her chair. 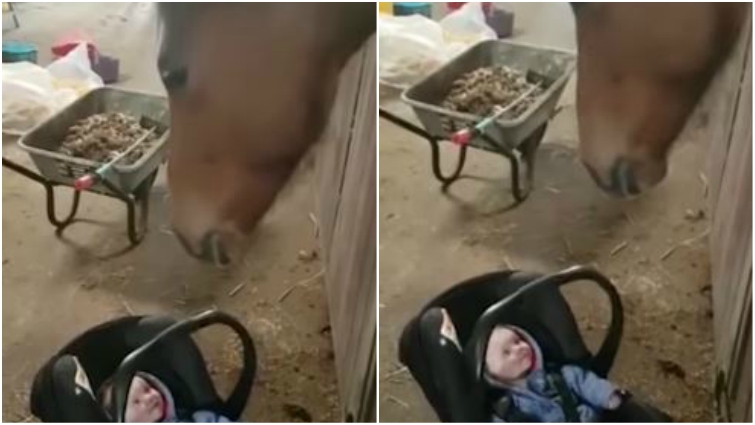 In the video, Ruby screams and squeals with delight as Red rocks her gently. The little bundle of joy can’t contain her excitement for the lovable horse! The person behind the camera, presumably Ruby’s mom,  is totally engrossed in the spectacle in front of her, in awe and laughing at what she sees. 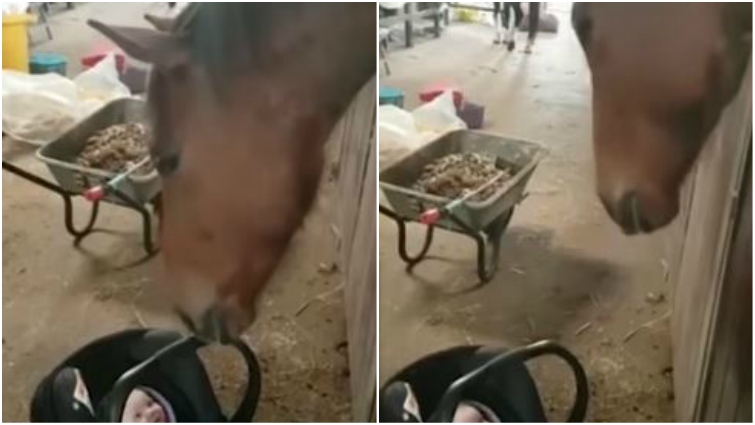 The whole interaction apparently went down after Ruby had not been in the best mood beforehand. It looks like Red’s lovable nudges were just what Ruby needed to get that smile back. Maybe Red can take over some of Ruby’s mom’s duties for the future!

Hey, Red already knows how to rock a baby, so he’s definitely on the right track. What a noteworthy trip to the stable it was for little Ruby! Check out the video below to see the adorable exchange for yourself! Have you ever had a horse rock you in a chair before? Let us know!