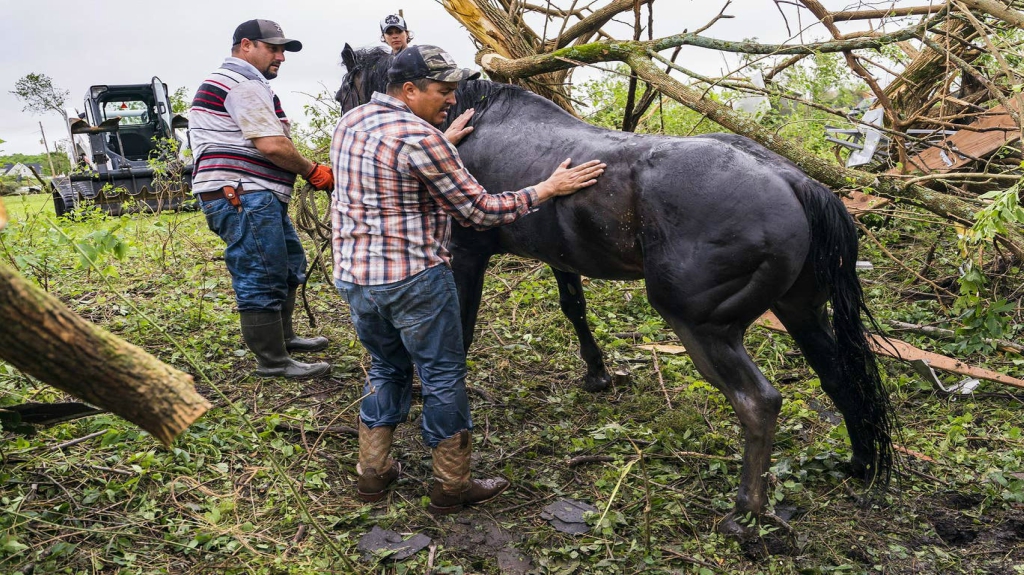 A vicious storm tore through the Kansas City area Tuesday night, spawning tornadoes that downed trees and power lines, damaged homes and injured at least a dozen people. Fortunately, there were no victims. 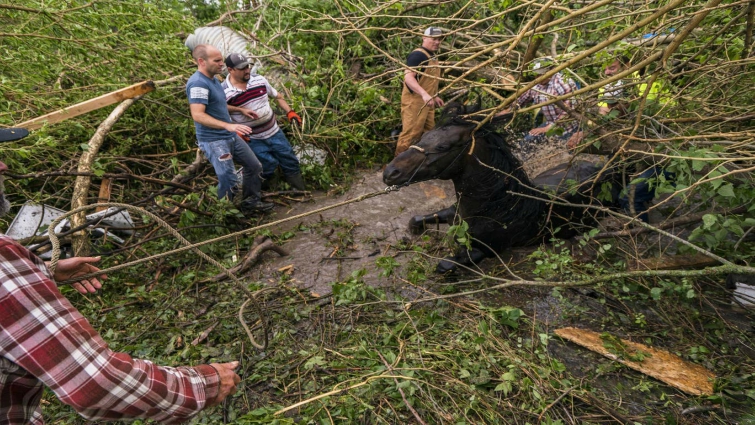 A horse, being there during the tornado was stuck into a bog remained there overnight until its owner – along with a team of family, friends and emergency responders – worked to drag it to safety. Owner says that the tornado carried the horse away from before dumping it in the bog. 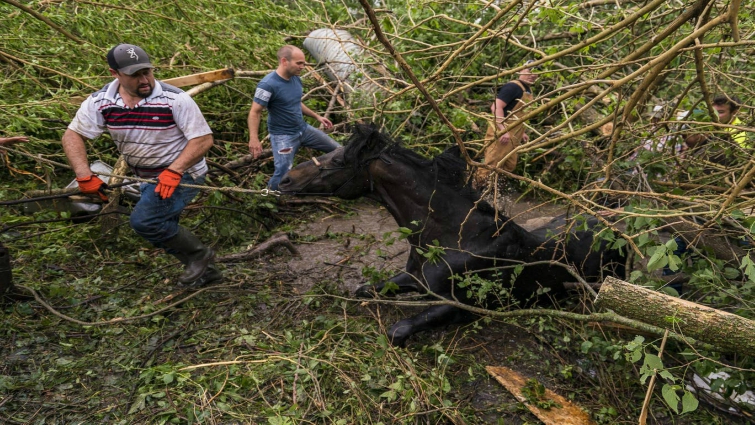 The incident comes during a record-breaking tornado season for the US. Tuesday saw the 12th consecutive day that at least 8 tornadoes were recorded across the country, beating the record set in 1980 with 7 tornadoes. Since there is still half a year left of the current year, we hope that the US will no longer experience tornadoes.

It is worth mentioning that the horse was not seriously injured and now it is getting all the treatment needed to come back to normal. Meanwhile, we hope for a quick recovery of people injured and proper government funding to recover all the damages caused.