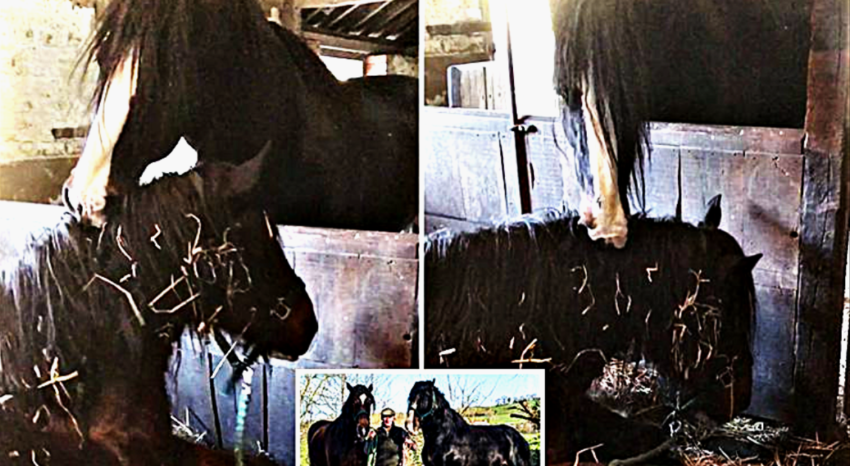 In today’s article, we are going to tell the fascinating story of a horse named Beatrice who was about to be euthanized after she was not able to get back on her feet. Beatrice is a lovely shire horse, 16 years old, who unfortunately suffered from colic, which caused her to collapse. 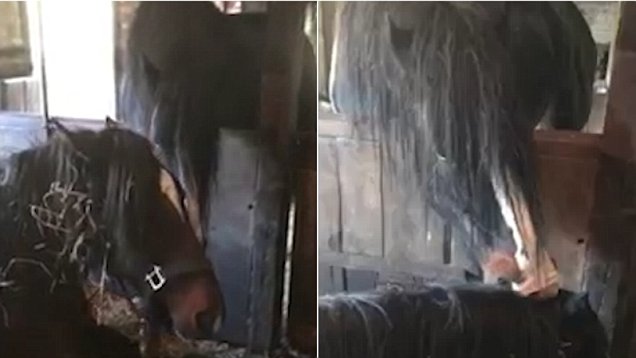 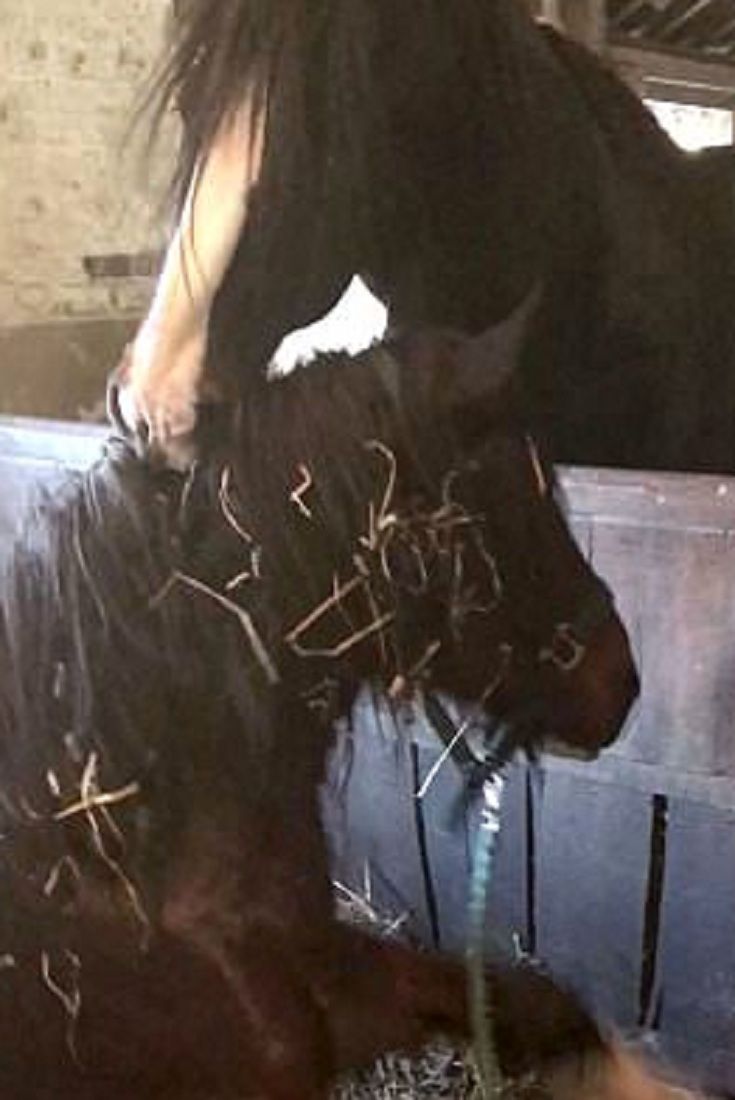 The poor horse collapsed from acute abdominal pain with her heart rate and blood pressure increased to near-fatal levels. All of her organs were at risk of shutting down the longer she continued to be lateral. Beatrice’ owners, Donald MacIntyre, and Jane Lipington decided to call their veterinarian to euthanize her after they have tried everything to get her back on her feet.

They had no other choice but to make this excruciating decision after all their attempts, including here the help of four farmhands who put all their efforts and tried lifting her with a strap tied to a tractor, had failed. After this, a miracle happened! Beau, another member of the stall was let out the stall but he insisted to stay in and went near Beatrice. He proceeded to lift her head up and put her into a more upright position while all couldn’t believe what was happening.

Beatrice got shakily to her feet and was immediately walked out into the yard to stop her from falling. Her owners were prepared to lose her but another family member, Beau, was not ready to let go of her yet and insisted on saving her life. Fortunately, now Beatrice is in better condition. This is an extraordinary story who proves once again what horses are capable of doing for each other.