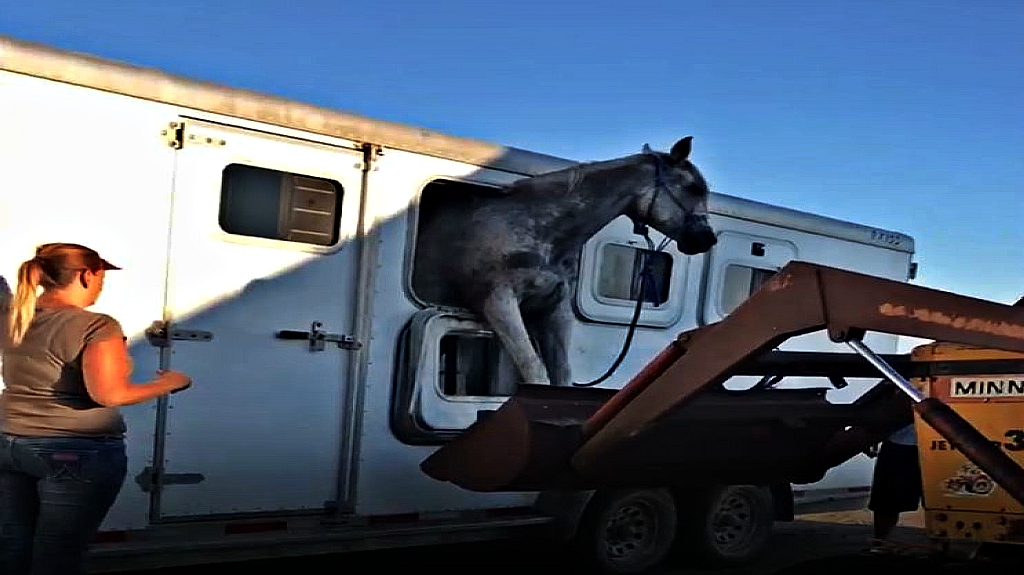 In this article, we are demonstrating a very special video who proves once again why you shouldn’t trail horses with your window open. The 8-year-old Grey Arabian, called Greycee, got her head and front legs stuck outside of a trailer window in Iowa, USA. The incident was captured by Greycee’s owner, Megan Cook and has gone viral with more than 3 million views on several Facebook pages and websites. 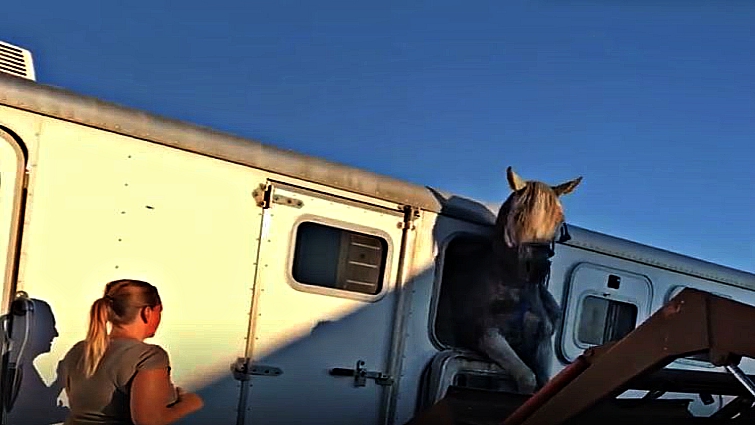 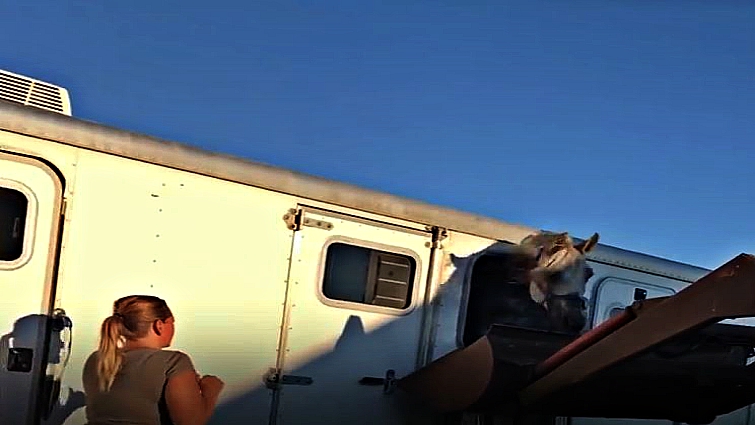 Her owners let the window down and the bars up on purpose because she assumed that Greycee would like it before traveling.  They had decided to sell Greycee and were on their way tp transferring her in her new home in Texas. Greycee shoved into the bars of the window and smashed it with her front hooves, pressing herself ever so tightly into the small space.

Unfortunately, Greycee was stuck in the trailer’s window and couldn’t get out. They decided to use a tractor in order to help the horse but at that point, everything was up to Greycee. 35 minutes after she got stuck digger a guider along her owners were trying to guide her out by using a loader to lift the horse’s front legs sufficient to let the horse push herself back into the trailer and finally be out of danger.

While they were suggesting ideas on how to get Greycee out, she realized that she could escape on her own and she immediately did that. Luckily she had no major injuries, only minor scrapes, and bruises who would heal pretty soon.

This poor horse got stuck in his trailer window just trying to get some fresh air! Watch as the owners frantically try to figure out how to get him out, safely.