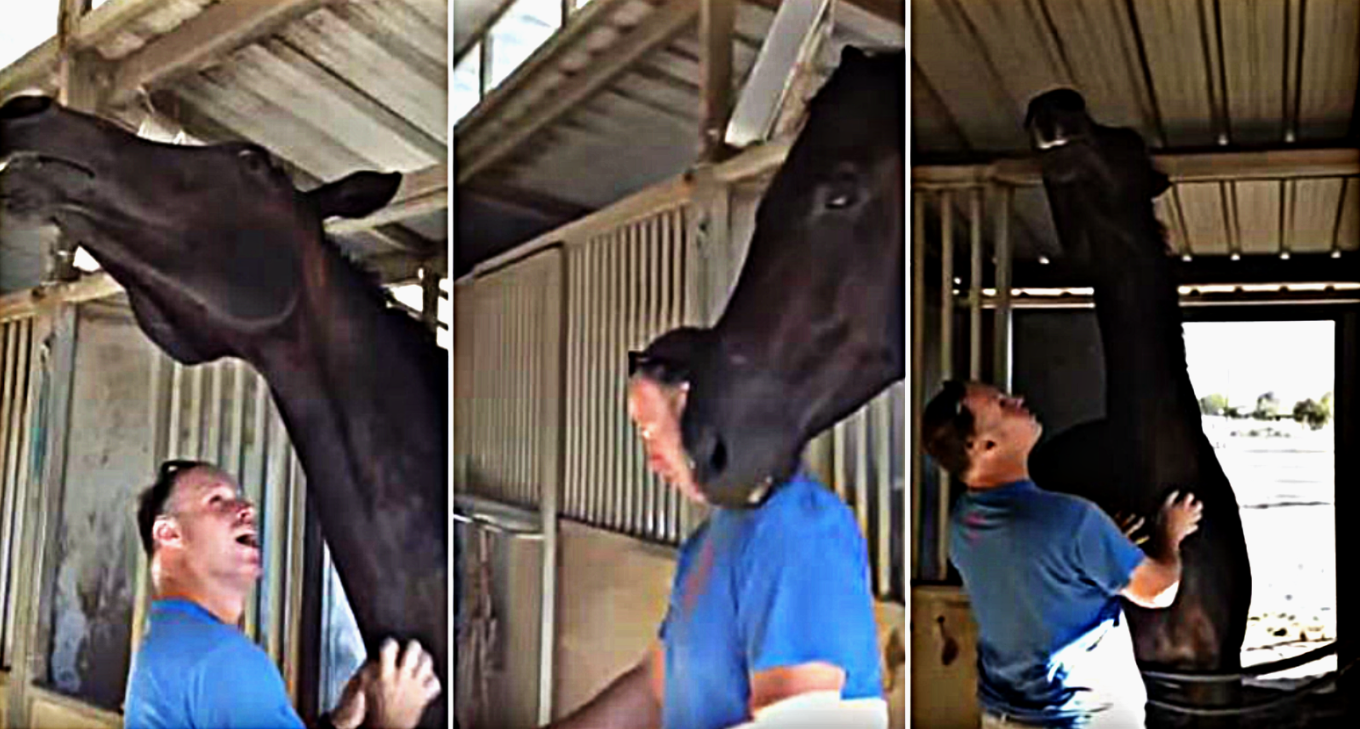 Have you ever felt so tired after a long day of work and the only thing that you needed was relaxing? Well, if we talk about the current situation when the majority of people are not working or are either working from home, it does not seem to be the case, however, in normal days, It is not very difficult to get tired due to a lot of daily obligations that have probably been way more in the pre-corona period. Well, I gotta say that we have relaxed quite a lot during these days and we now have energy for months to go back to our normal lives.

When it comes to horses, it is probably not the same thing as they are not affected by the quarantine as much as we are, hence, they still enjoy those moments of relaxing that we can provide for them, One of these moments is when they ask for the daily back or neck scratches, as this horse in the video below. Do you ever have an itch that you just can’t manage to scratch on your own?

The horse in this video does, and lucky for him, he’s found someone who’s willing to scratch that itch for him. This horse is loving the fact that the man has found his itchy spots, and he loves it so much that he won’t let the man leave. The horse is hilarious as he pulls the man back in again and again, and he’s clearly telling him to get to work and keep scratching.

According to The Horse, grooming is an activity that is highly important to a horse’s well-being. In herds, horses groom each other, because being groomed feels good. Grooming can be a sign of affection between horses, but even when horses are alone, they will seek out grooming by scratching themselves against trees or the barn.

This horse is so thankful for the scratches and I don’t think that he will ever be satisfied. Certainly, it is going to take a long time for his owner to stop. Is your horse a scratch lover? Have a look at the following video for more, let us know your thoughts on the video, and do not forget to spread out the video on social media!