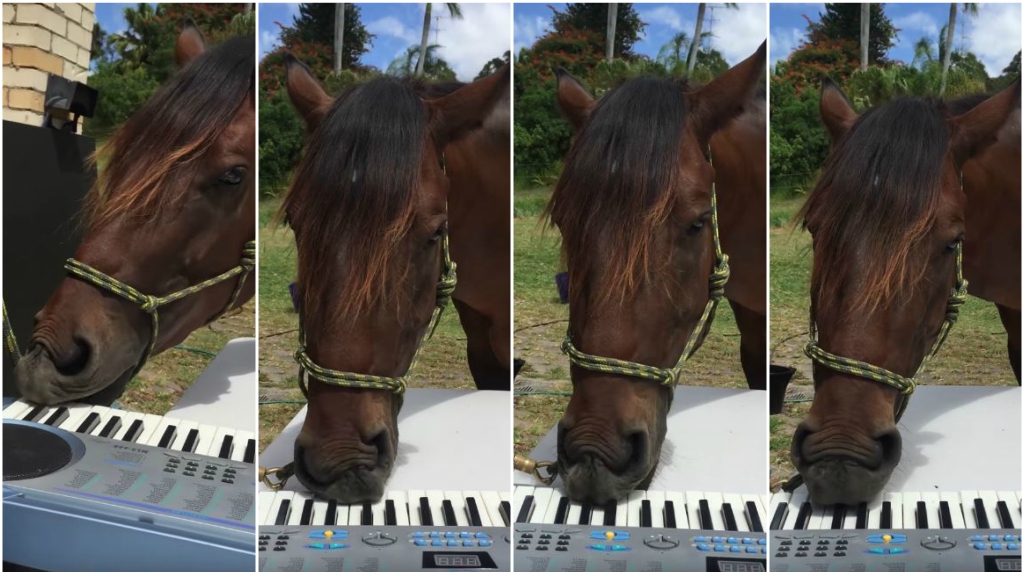 Not only beautiful and smart, but horses are one of the most creative animals in the world. It is really amazing to know how artistic horses can be sometimes and the way how they connect to popular arts such as music or picture. A lot of non-horsey people do not understand the capabilities of horses as much as we do and it would be really hard to explain to them that horses are really capable of unimaginable things. 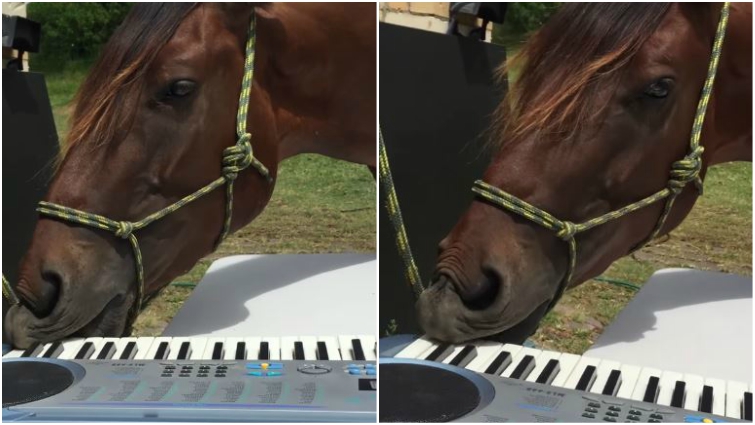 I remember showing the video of the horse who was drawing abstract paintings and selling them for thousands of Dollars and she was absolutely impressed by what she saw, however, she couldn’t believe it until I show her the video. It is time to know another creative horse who is also one of the best musicians you can find, I like to call him the horse version of Mozart. 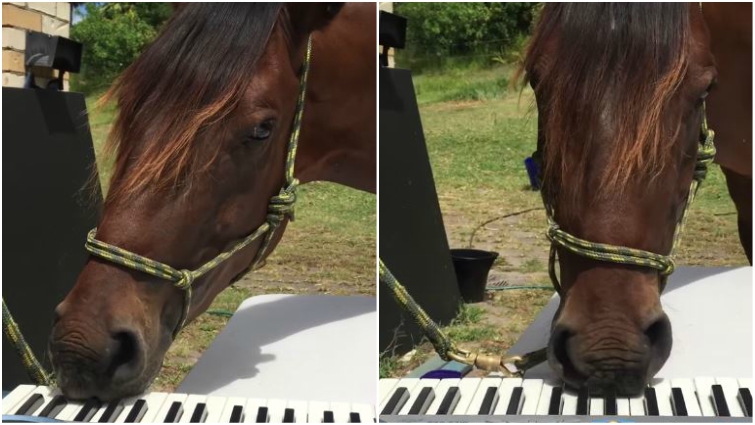 This isn’t just a horse grazing on a keyboard as if it’s a bale of musical hay — this horse is a performer. He plays this song like it’s been in his heart from the day he was born. Not once does the horse look up from the keys to acknowledge his audience, or even offer a how-do-you-like-that kind of wink at the fan in the first row. But there’s a certain lip-smacking swagger as he lays down his melody.

He knows he’s got the audience wrapped around his hoof. Watch how he nails the tippy-toe notes, beginning his sonata at the farthest end of the keyboard. As I already mentioned, horses are as connected as we are to music and whenever they get the chance to either listen to some music or either make it themselves, they won’t miss it.

After all, the same benefits coming from music also stand true for the horses. Music has a calming effect on them but at the same time, it contributes to their happiness also. I know that you have watched at least one of the videos on the internet where horses go crazy jamming to their favorite tunes. Please watch the video below and let us know what you think about this amazing horse.