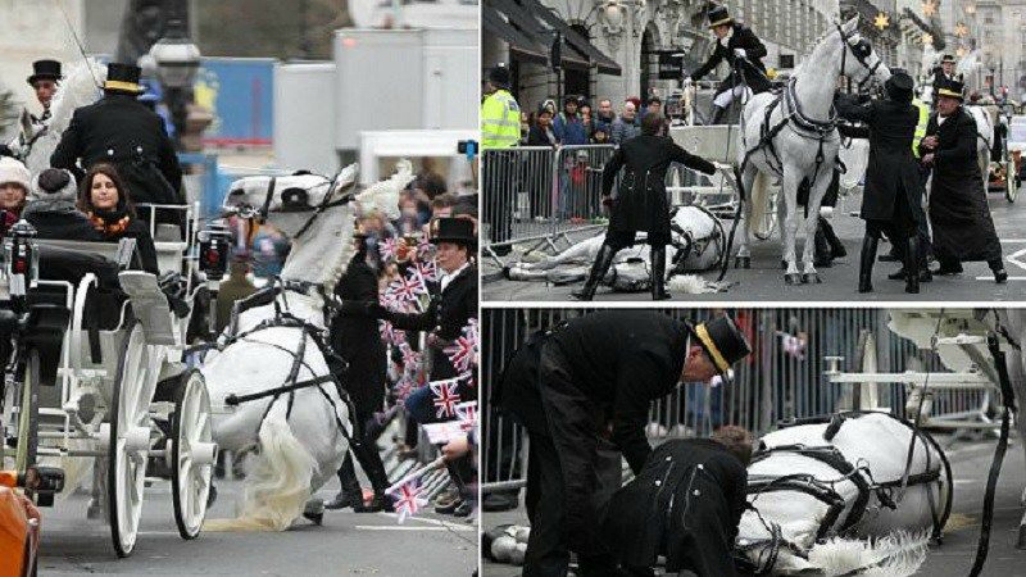 Celebrations always bring happiness to people but what happened in London really shocked the crowd around. A white stallion fell over attracting the attention of the people around causing them to gather to see what had happened. The horse is now fit and in good health enjoying the treat that the rider and owner have given him, the carrots. He caused concern to people when they saw his photos lying on the ground after he slipped but fortunately nothing serious had happened. 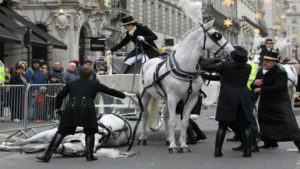 Director Geraldine Bone, who witnessed the mishap said: ‘Marty is in fine fettle today – completely unharmed – and enjoying the limelight.’ The one who handled the horse told the parade officials that the horse slipped and had nothing to do with the horse’s health. Among the people gathered there, the witness Fran Perrow described the scene as very distressing as she declared that the horse had been lying down for five minutes before they freed him. She said, “Horse down for 5 minutes, very slow response to free it, but up now and out of the parade.” Fortunately, the horse was not hurt and did not suffer any injuries but he is back munching carrots. 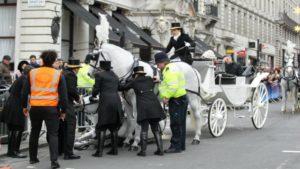 It really was a horrifying moment but the horse is now fit and goes on taking part in parades just as he did before. Maybe, carriage horses shouldn’t really be allowed in the cities as they can easily spook over the most insignificant thing and not only damage themselves but also around them. What do you think about this? Watch the video and share your opinions with us!