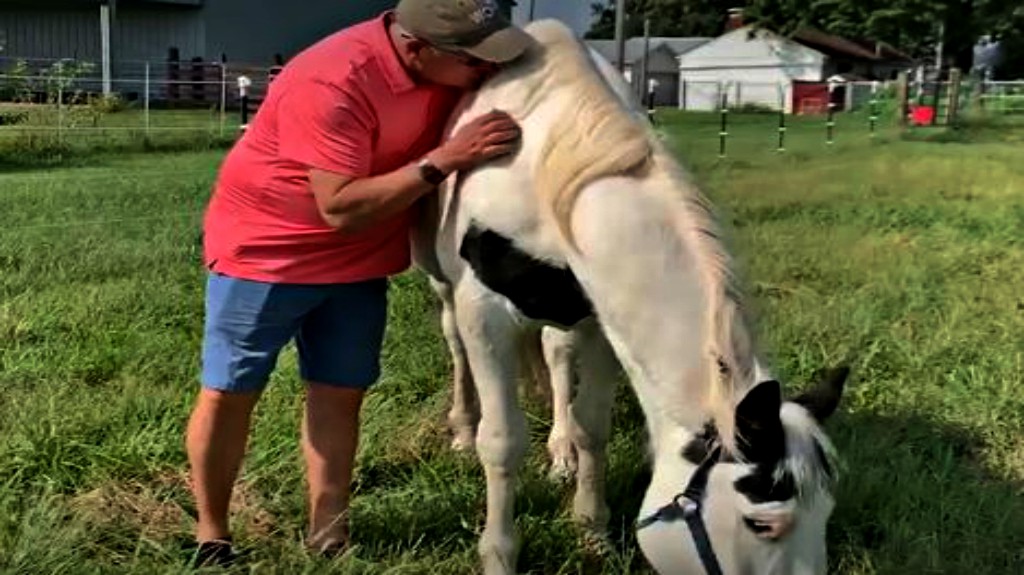 We are so happy that there are good citizens out there who still care about other creatures and would do everything to protect and save them from potential threats. One of them is Randy Grim, the founder of Randy’s Rescue Ranch who does an amazing job of saving neglected horses who have no one in their lives. 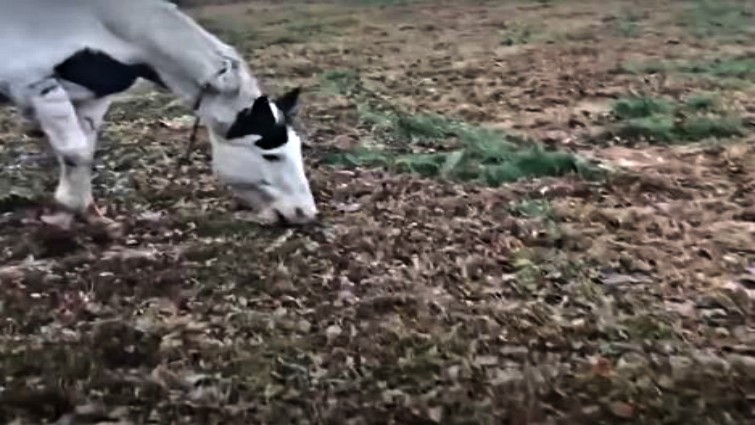 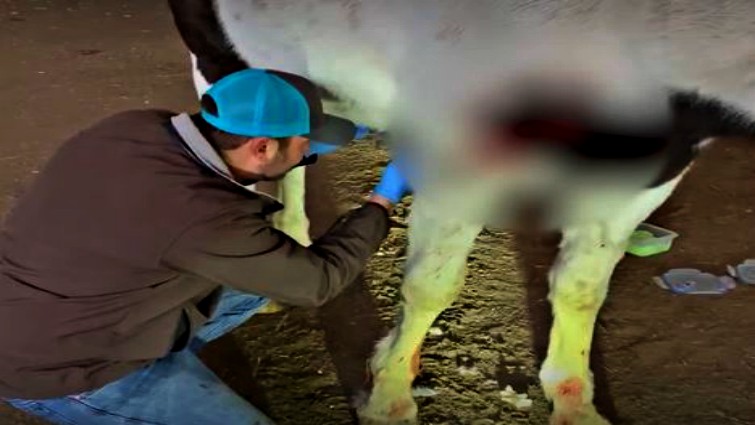 He got a call from the police, informing him that a horse was hit by a train and he immediately decided to go check on him and get the poor horse. The horse was clearly in a bad condition. He had wounds everywhere and you could simply tell that it didn’t feel good for him to walk.

That’s when the man noticed that the horse was blind and that probably added to his fear. After getting him in the trailer, they headed to the ranch where a vet was waiting for them. The horse had a lot of injuries and the vet said that his pain tolerance must be so high because he was just hit by a train but still managed to stay on his feet and taking it all like a champ.

The vet put his hoof in a cast whilst Randy was expressing all his love to the horse and making sure he would be okay. The horse has the sweetest way of saying thank you to his new owner, by giving him the most heartwarming hugs.

Ten months later, the horse has progressed so much and is completely healthy. He clearly has come a long way and now is living the life he truly deserves. We are so happy for him!

Guy Can’t Stop Hugging The Horse Whose Life He Saved

When this guy heard about a horse in trouble, he got right in his car ❤️