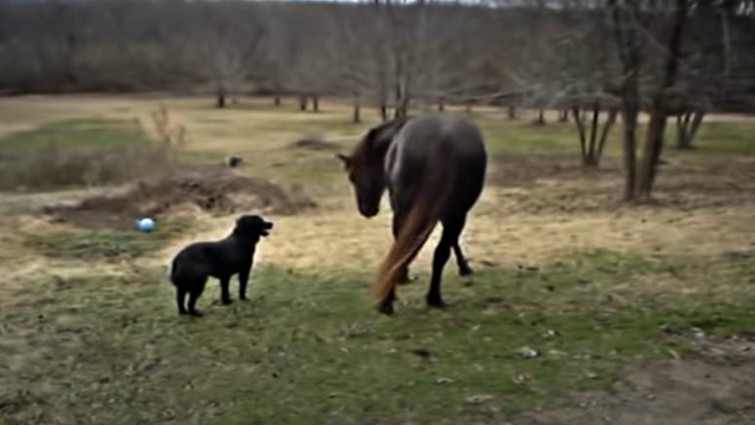 One of the most beautiful things in the world is when you get to see different animals get along really well with each other. When it comes to horses, they are one of the most sociable animals ever, no matter of being wild or domesticated. They are herd animals and they are used to being in huge groups, it does not happen very frequently to see a horse stand alone as they always want to be around other species and vice versa, for all the other species, horses are one of their most favorite animals. 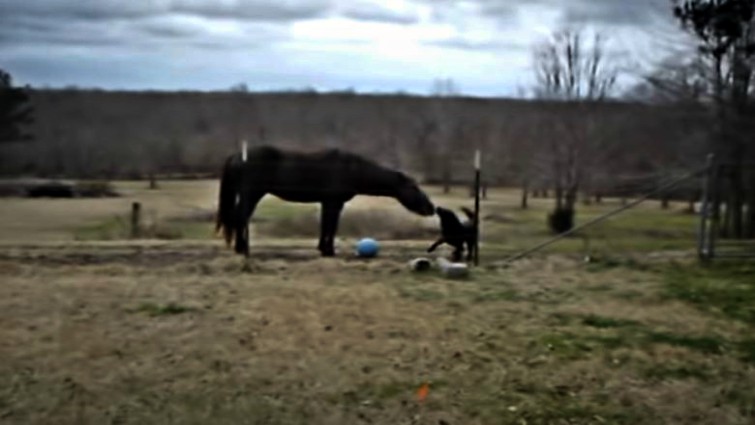 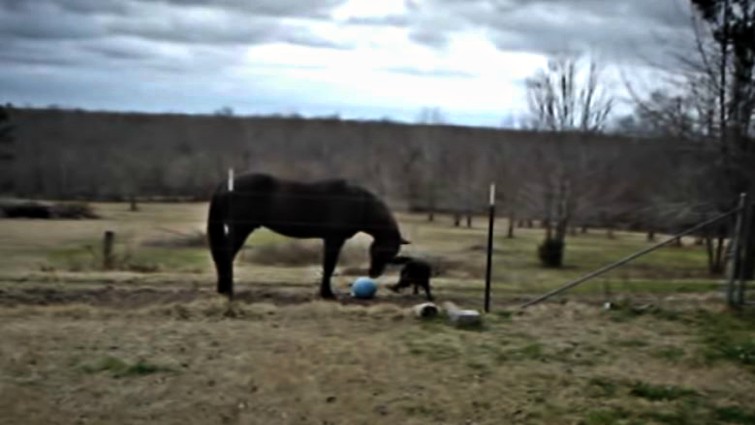 It is impossible to ignore their beauty, isn’t it? Going back to horse friendship, we have seen them get along with a lot of different animals. For instance, would you ever think that horses and seals would ever meet each other? Well not only did they meet with each other, but they are also living together and helping each other in a very successful symbiotic life.

Well, in the video below, we wanted to keep it simple so you will probably watch one of the most usual horse friendships, which is with dogs. Species-wise, friendship is not unique, but emotional-wise, it is one of the most beautiful friendships that we have probably ever seen. The video begins simply enough, the lucky owner of this huge horse notices him acting strange.

Whiskey Brown, a 4-year-old Quarter Horse stallion might look big and tough, but when you get to know him, you’ll see that he’s about the best friend that anyone could ever hope to have! That’s because his best friend in the whole world is actually a 2-year-old dog by the name of Lucy. Lucy loves to chase and be chased by Whiskey Brown, and you better believe this horse loves to do the same.

At this point, it is impossible for both of them to picture themselves away from each other, This is such an incredibly beautiful duo and I am pretty sure that this will be an everlasting friendship, it is difficult to think about it in a different way. You will understand what I am talking about after you have watched the video below. Enjoy!