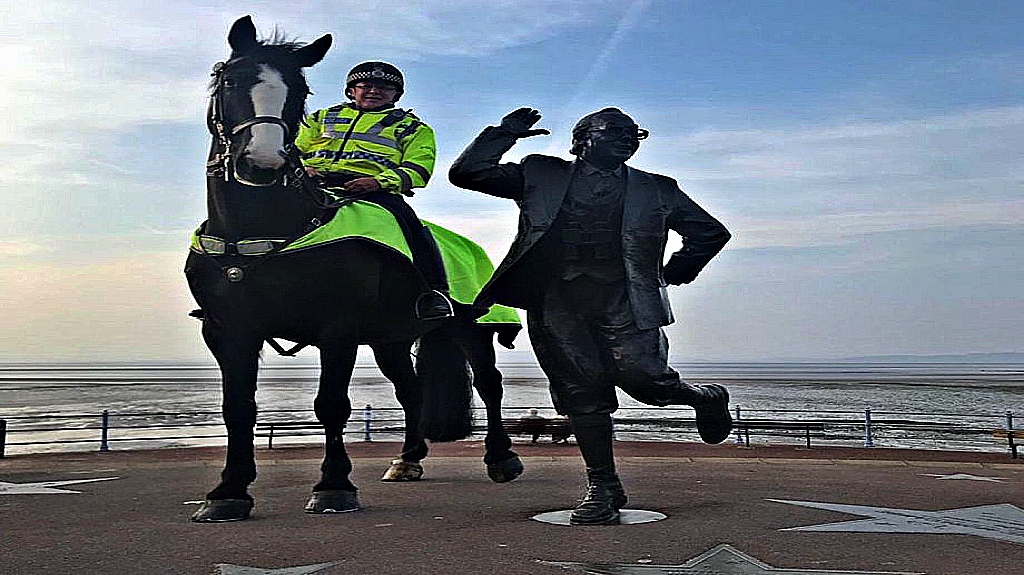 A police horse has died in the line of duty following a horrific accident outside a football stadium. Lancashire Constabulary announced that Morecambe suffered a serious injury outside Blackpool Football Club’s Bloomfield Road stadium. 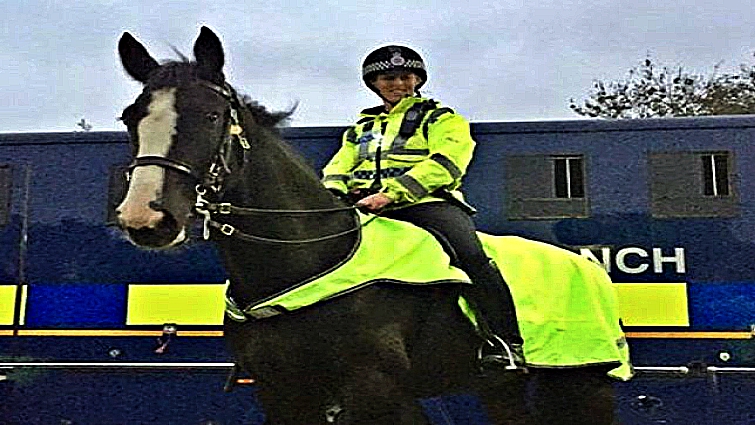 “Morecambe came into contact with a metal pole on Seasiders Way following the Blackpool vs Fleetwood football fixture,” a police statement said. “As a result, he suffered a serious injury to his stomach and despite receiving urgent medical attention from a vet, was sadly pronounced dead at the scene.” 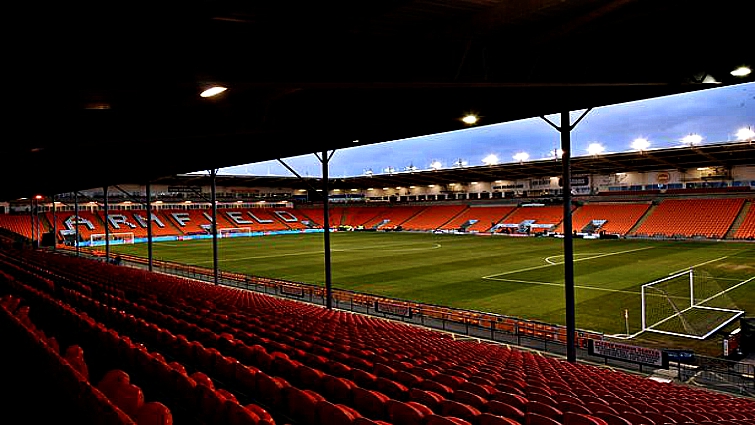 Morecambe’s rider was taken by air ambulance to the Royal Preston Hospital with “some injuries”. It is believed he fell into the side of a horsebox after Morecambe was injured, the police said, adding that there were no suspicious circumstances, and “this was a tragic accident”.

“We are all completely devastated by the loss of Morecambe in such tragic circumstances,” said Chief Inspector Sue Bushell of Lancashire Constabulary’s mounted branch. “The horses are a big part of our police family and Morecambe will be sorely missed by his riders and many colleagues from across the force. Our thoughts remain with our injured colleague at this extremely difficult time.”