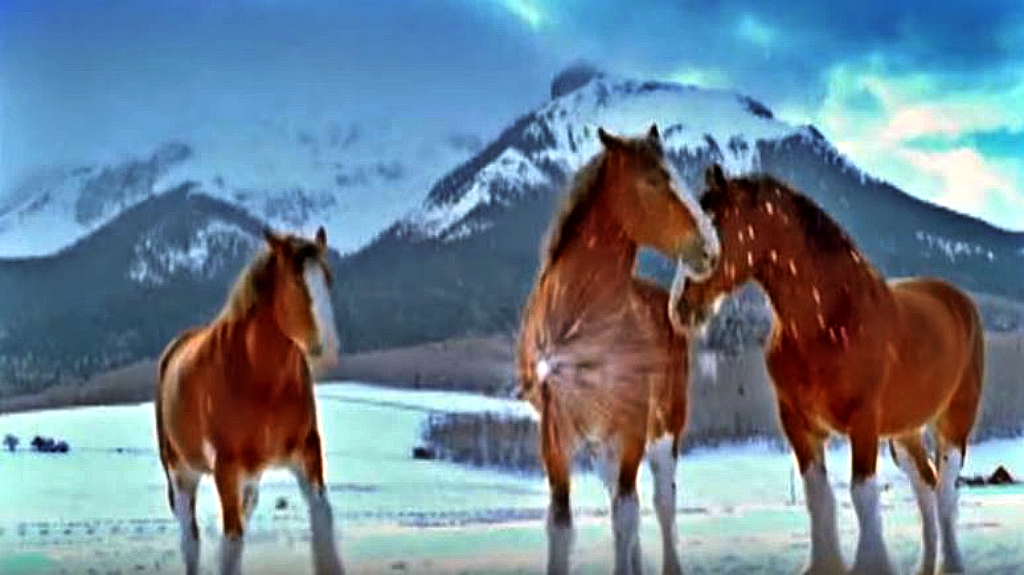 In the moment that a company publishes a commercial it needs to be catchy and grab everyone’s attention and I believe all the commercials that include Budweiser Clydesdales are among the best ones. Superbowl is one of the most successful championship games in the US who has also attracted a lot of viewers worldwide. All this success that Superbowl has is a platform to showcase the beauty and majesty of Clydesdales and give them huge popularity. They might be among the top 5 most popular horse breeds in the world. 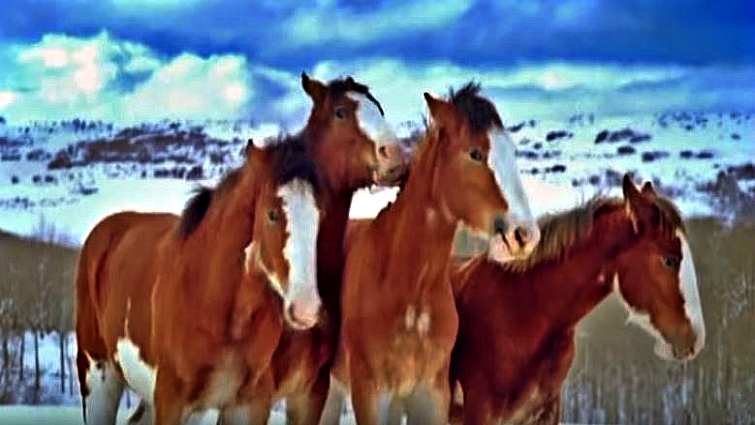 In this video, I am not going to show you a recent commercial but an old one from 15 years ago. Usually, people lean toward what’s new, however, during December, some things are simply iconic like watching all Home Alone movies who have definitely been a success and have resisted time. The Coca Cola commercials as well. Sometimes, you just have to go back to the masterpieces that have been created in the past and acknowledge them even nowadays. That’s why I am a huge supporter of connecting the past with the reality we are living in. 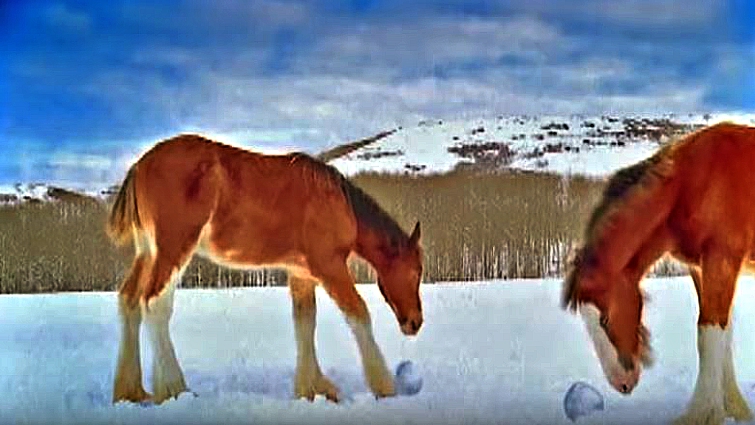 Now let’s focus on the video below. The Clydesdale horse: beautiful, majestic, strong. But who knew they’re hilarious, too?! This classic Budweiser commercial from 2005 features the infamous Clydesdale horses in all their glory, enjoying a snowball fight in the middle of a winter’s day. No matter how many times I watch it, I still love it! Did you know? On April 7, 1933, August A. Busch, Jr. and Adolphus Busch III surprised their father, August A. Busch, Sr., with the gift of a six-horse Clydesdale hitch to commemorate the repeal of Prohibition.

Realizing the marketing potential of a horse-drawn beer wagon, the Clydesdales became in high demand, drawing huge crowds of excited onlookers as the hitch toured across the country delivering cases of Budweiser. Today, Anheuser-Busch owns approximately 250 Clydesdales. According to the company, “they continue to be an enduring symbol of the brewer’s heritage, tradition, and commitment to quality.”

The whole concept of the snowball fight among horses is very entertaining. As I said at the beginning, good commercials aim to grab people’s attention and for sure they got my attention and the attention of a lot of people out there. What do you think about this commercial of Budweiser’s Clydesdales? Let us know by sharing your opinion in the comment section.