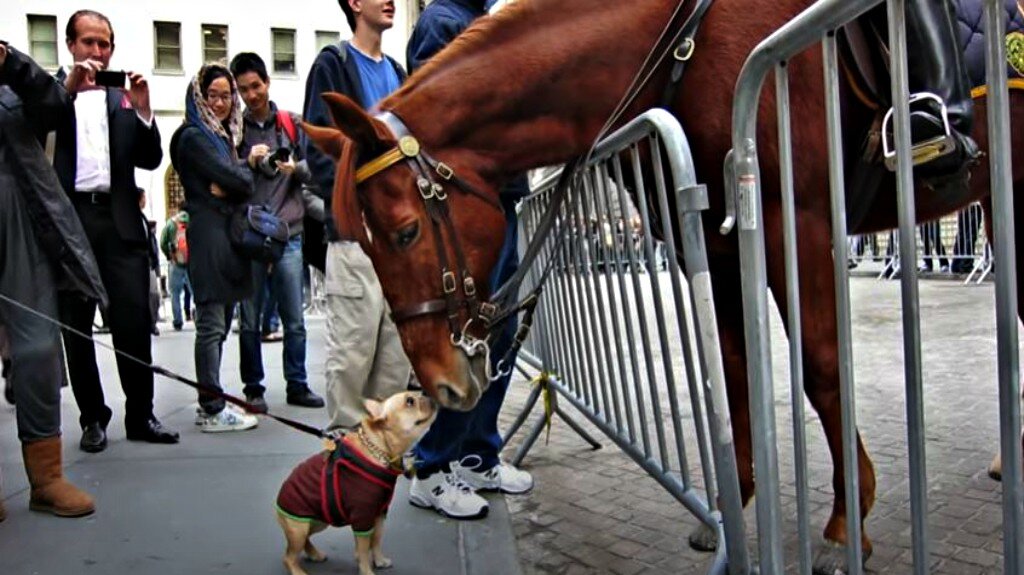 One of the most beautiful things in the world is seeing different animals interact with each other. Everyone loves seeing that because it shows that even animals who are nothing alike appearance-wise, can have special and unique bonds with each other and when it comes to horses, they are one of the most sociable animals in the world. We have seen horses creating friendships with a lot of species, whether in the wild or as domesticated animals. 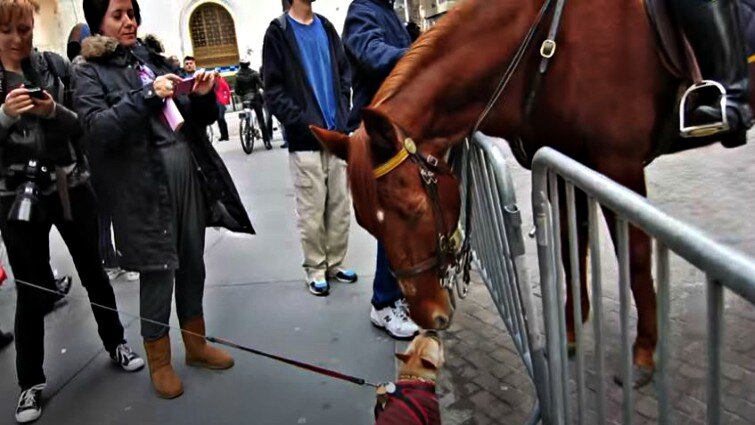 In the video below, we see an immediate connection between a horse and a dog. Both animals have shown quite a lot of love for each other, especially the ones who are living in the same barn. They are both very similar when it comes to personality and that is probably why their connection is usually immediate. This example is no exception. What could possibly be cuter than two completely different animal species befriending each other and seeing them interact? 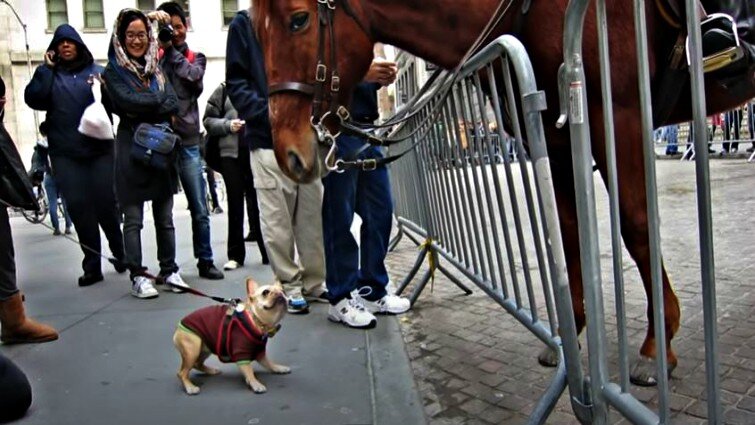 This tiny little pup named Frenchie was just walking around with his owner on Wall Street, New York when they stumbled upon a rather large police horse. Police were active in the area because of the Occupy Wall Street protests, and slowly people noticed Frenchie and the horse interacting with each other. In fact, they even managed to draw a small crowd. It’s an amazing display of love and cuteness that you truly have to see for yourself.

“I saw this on my walk back to the office from lunch. It was a nice contrast to the perception everyone has of the NYPD in the area due to the Occupy Wall Street camp nearby,” the video description reads. The adorable French bulldog definitely wanted to spend some time with his new friend and stared at him in pure awe.

You can absolutely tell that Frenchie wants to play as he jumps and runs around in sheer excitement. On the other hand, the police horse remains a lot calmer, but can definitely appreciate the actions of his new four-legged friend. Have a look at the footage and let us know your thoughts.