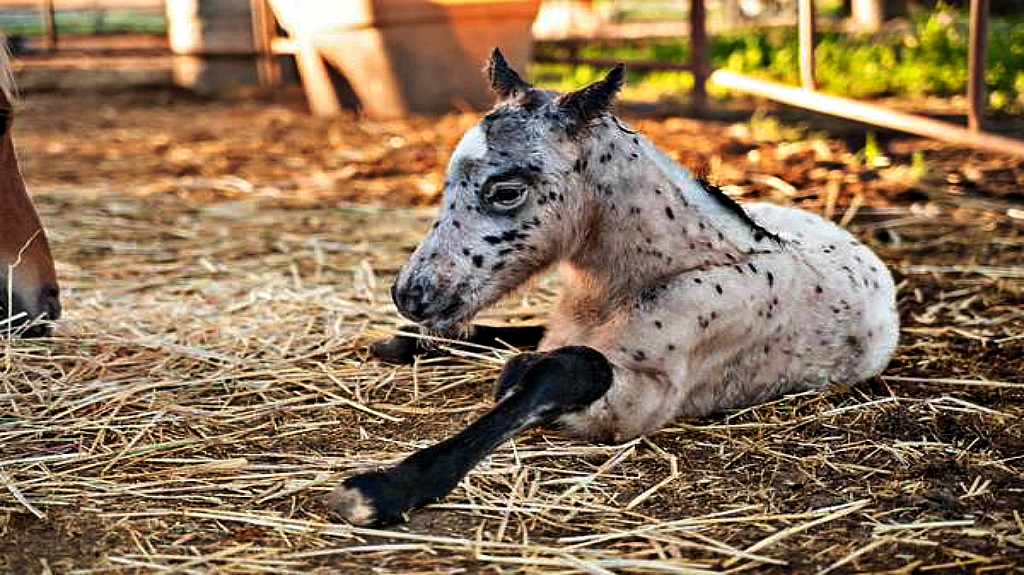 Feast your eyes on this adorable rare foal below — she’s sure to make animal lovers scream “Aww!” Born on February 9, 2016, the foal was named Lady Nadira, which means “rare” in Swahili. And with just one look at her, it’s not hard to agree with the name choice. 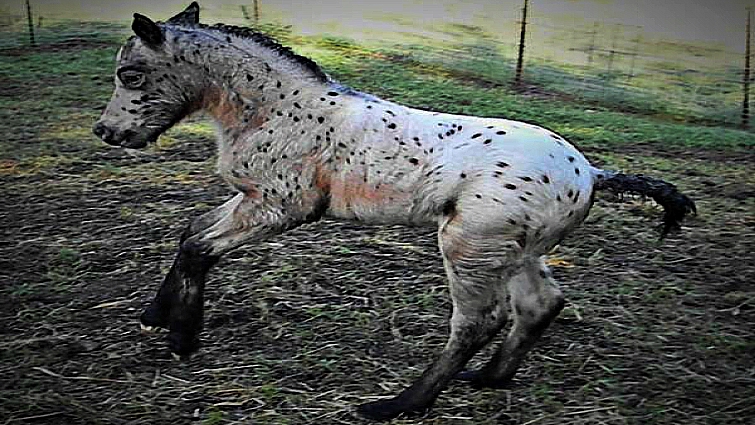 While we are most used to seeing different shades of brown horses, this one has a very different look: Her coat is just like cookies-and-cream ice cream. This little one is just as precious as little Mac, the newest Budweiser Clydesdale born a month earlier! 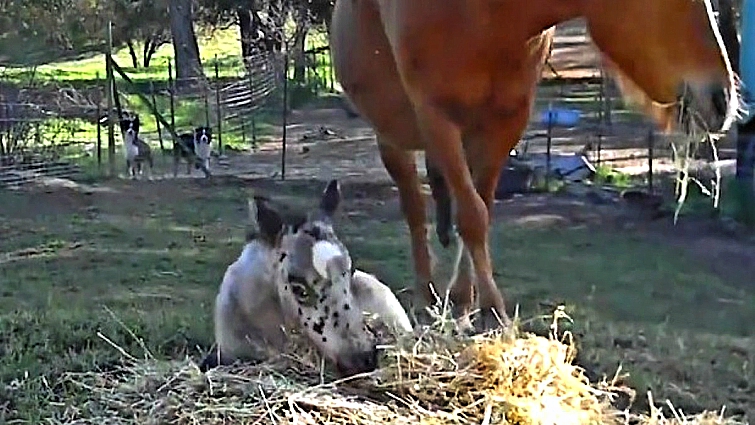 This beautiful foal is a cross between a bay leopard Haflinger and gypsy, hence why she has such a distinct coat. And according to news reports, “Her father is the only few-spot Gypsy stallion left in the United States.”

What’s even sweeter about Lady Nadira is the fact that she gets along with the dogs she lives with, as you’ll see in the video below. It’s always incredible to watch horses become friends with pooches who are less than half their size. (Just watch the horse-dog duo that played a little game of tug-a-war and I’m sure you’ll agree.)