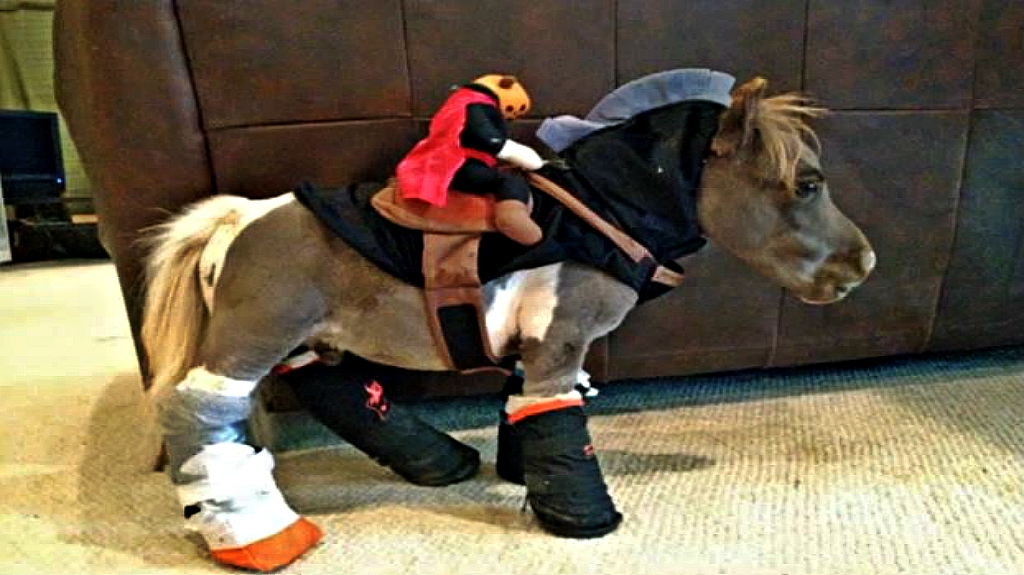 In 2011, the world got a little cuter and kinder when Roozer “Roo” Brewz was born in Kansas City. The 19-inch dwarf miniature horse was born with a slew of health issues, including severe angular limb deformities and tendon laxity on all four of his legs, making it very difficult for him to stand and walk. 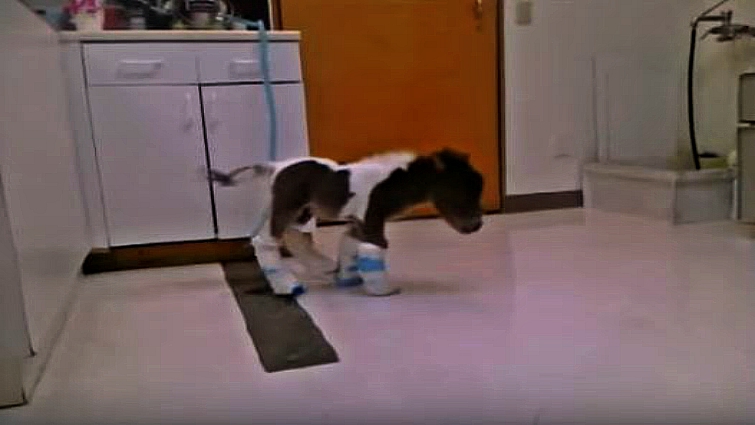 He was also born with “windswept” legs due to his position in the womb. As close as he and his biological mom are, Roo found it nearly impossible to be able to stand and nurse. Luckily, Roo was blessed with loving, attentive pet parents who have remained by his side, bottle-feeding and doing everything they can to help their little boy live as normal a life as possible. 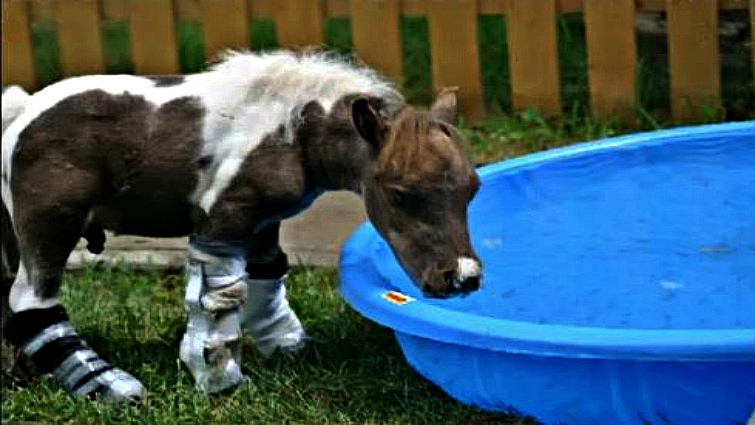 Owner Christine says, “After being recommended to euthanize him, we came home so I could do some soul searching. I sat on the ground, cross-legged in the dirt and watched him whizz by me running with his legs bandaged. I respect the veterinarian’s opinion and knew that if I made that choice to go against what the recommendations were, I was in it for the long haul.”

In the video below (set to “Eye of the Tiger,” of course) watch as Roo grows up in one year, from a struggling newborn to one tough little survivor. At: 52, I squealed from all the cuteness! There’s nothing left to say but enjoy the beautiful video below.