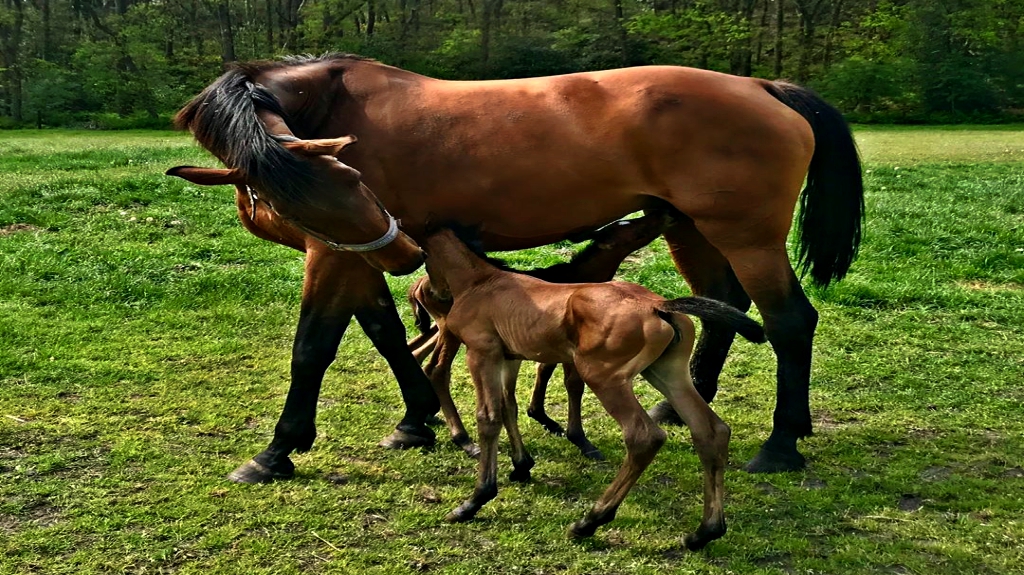 Every single mother out there would agree that the day when they give birth to their children is one of the most difficult days in their lives and at the same time the most beautiful. After the infant has been born, nothing feels better in the world. I don’t want to exclude fathers from this, however, I personally think that it makes sense to be more emotional for the mother. I believe pregnancy is also difficult for all the mammals out there. As we have been able to realize from different videos online, after birth situations for these animals it is the same as it is for humans. 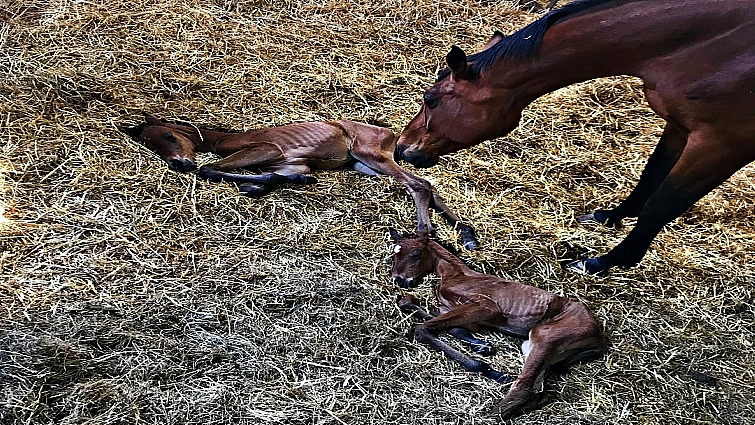 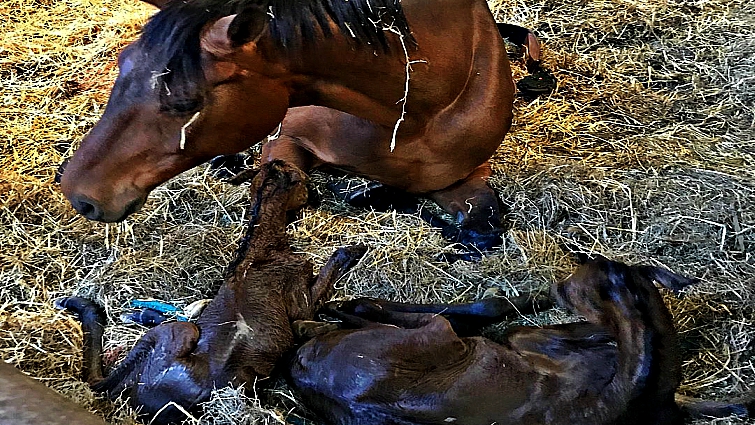 At least, I found a lot of similarities with horses. What is even more difficulties for horses are twin pregnancies because it has a concerningly low success rate compared to humans or other animals. Even if the pregnancy is successful, newborn foal might have a lot of health problems and as a consequence, they can’t survive. What is even worse is when the owners are not informed about twin pregnancies so they would expect only one newborn foal but instead, the second one comes out. This is the case with Dutch showjumper and breeder Anne-Liza Makkinga.

Her former Grand Prix horse had had a twin foal aborted during a previous pregnancy, but a scan this time around had revealed nothing out of the ordinary. Anne-Liza’s first inkling that there was something amiss only came when the mare began pushing. “I tried to feel if the placenta was open and when I took my hands away there was so much blood,” Anne-Liza says. Right after, she decided to call the vet because she was already really terrified by the whole situation. “I called the vet straight away because my first thought was that she had damaged her insides.

I had him on a loudspeaker and I was holding the placenta with two feet in it and pulling while she pushed. Then suddenly another placenta came out and I was absolutely terrified because I thought at first it was her insides.’ She was totally unaware that this was a twin pregnancy. She didn’t realize it until the vet arrived. The whole pregnancy was very complicated but luckily, her mare successfully gave birth to two amazing young foals. Such a terrifying surprise at the beginning yet a miracle at the end, simply for the fact that twin pregnancies are always risky.