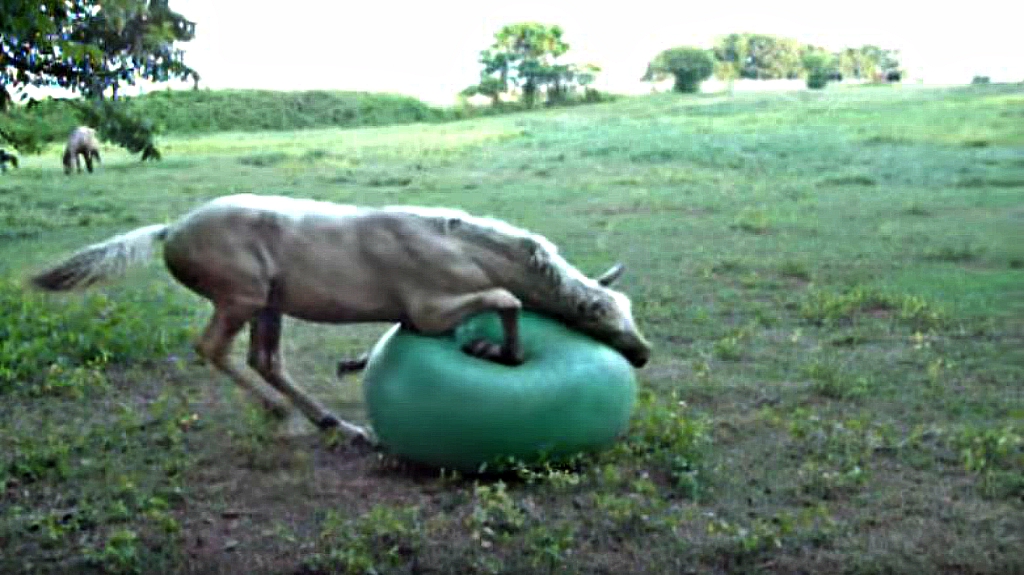 No matter what animal, is it a dog, a cat, a horse or anything else, the excitement that a bouncy ball gives these animals is real. We have watched quite a lot of videos of animals playing with balls and of course, the number 1 lovers are definitely dogs. 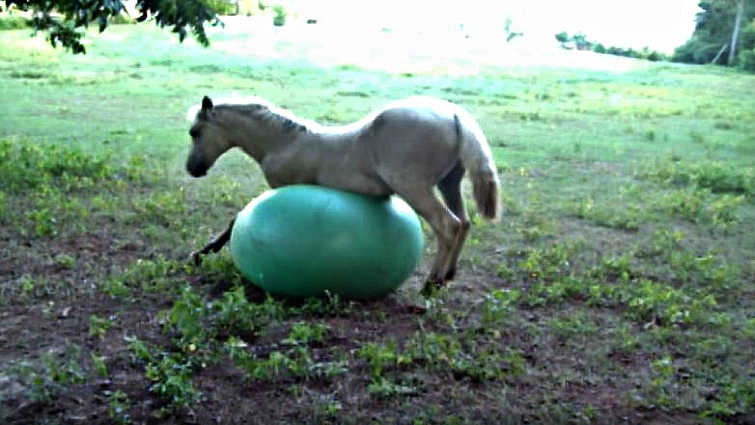 However, our beautiful colt in the video was very excited as soon as he saw a bouncy ball in front of him. He is literally treating him like one of his friends. Though he’s so small he looks like he might be a mini-horse, Cruz is actually a 4-month-old colt. 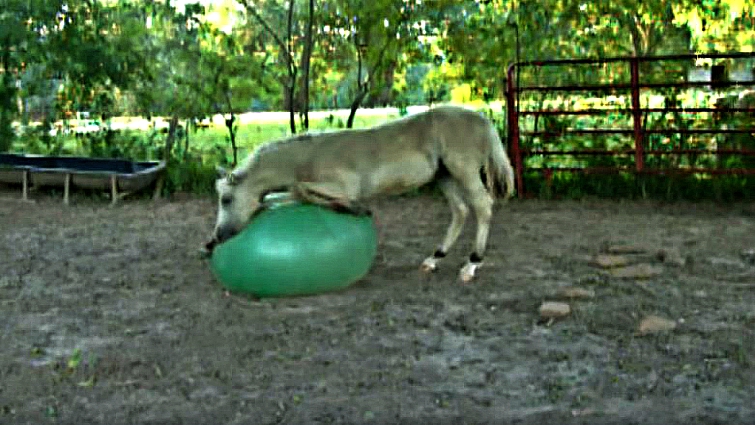 Also learned while watching this video: it’s impossible for a boy to play without taking at least one tumble. Just watch until the end. You’ll see. This is probably one of my favorite videos of animals having fun with bouncy balls. It is really funny when Cruz tries to ‘hug’ the ball but as soon as he tries, he fails.

It seems like everything is turning out into a bouncy ball vs colt game. I won’t say anything else but let you enjoy the hilarious video below. If you really think that your friends should watch it as well, please make sure to share it with them.