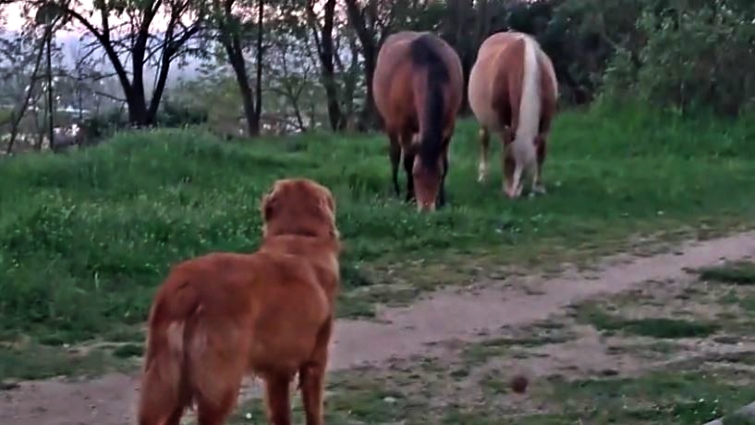 Every day, we watch a lot of videos of animals having a great time with each other, however, what we see is the end result, that these animals have become friends. Most of the time, such friends do not seem to be created due to the differences that these animals have with each other, but when it comes to a few combinations that are known for everyone, you could not expect anything but a beautiful friendship that is about to happen. 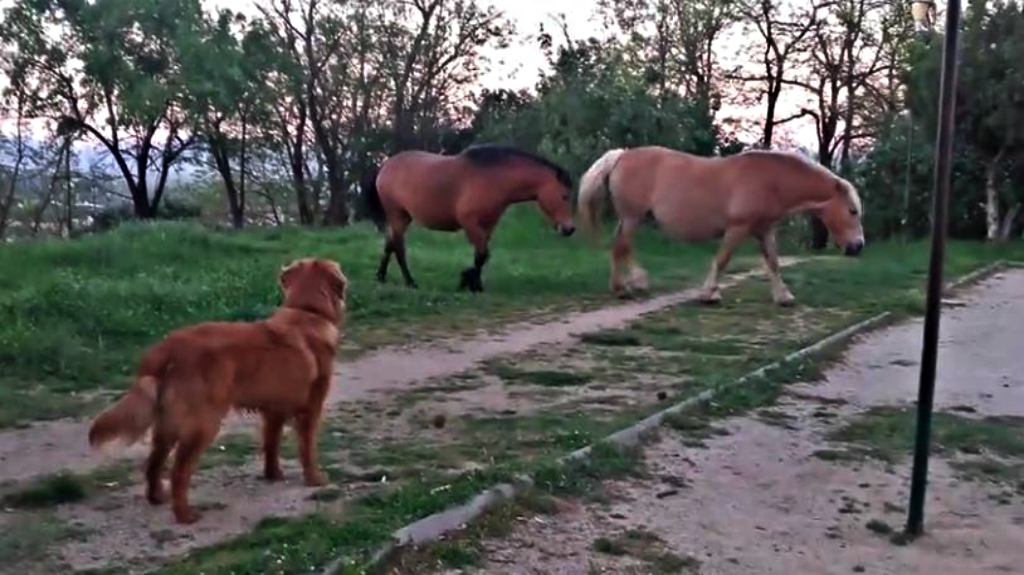 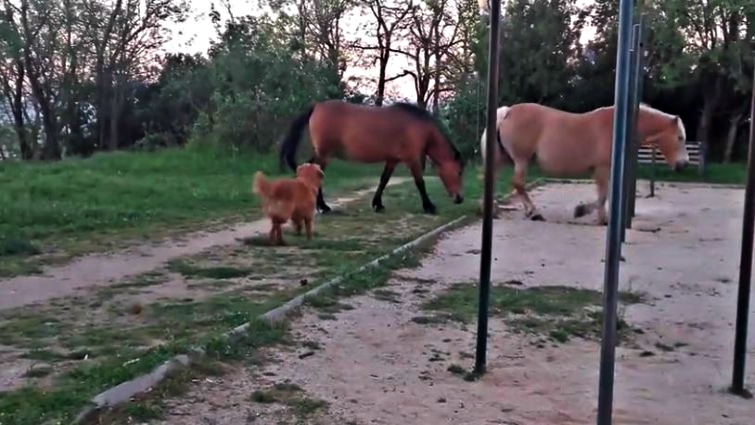 One of these combinations is the friendship between a dog and a horse. Both animals seem to have a lot of similarities, but one important thing that is probably the reason why these friendships end up being successful is that the both animals are very sociable and are not afraid to approach another animal and try to create new friendships.

It barely happens that a dog and a horse do not create a friendship after being together for a long time in the barn. Regarding the video that you will watch, the situation is a little different. This dog was very interested when he was introduced to two horses for the first time. Although the horses are not interested in playing with him, he really tries his best to run around and drum up interspecies playtime fun.

When he gets too close, though, he actually looks a bit frightened of his would-be playmates. These horses keep ignoring him but he does not give up until they befriend him. No matter how much this dog tries, the horses do not want to play with him.

It reminds me of the baby donkey who got close to a lot of horses but all of them were afraid of him because he looked different from them, however, the situation here does not seem to be as serious. I am pretty sure that after spending a lot of time together, these animals will become really good friends. I mean, it is the duo that people love the most on the internet so they better be. Please have a look at the video below and let us know what you think about it.