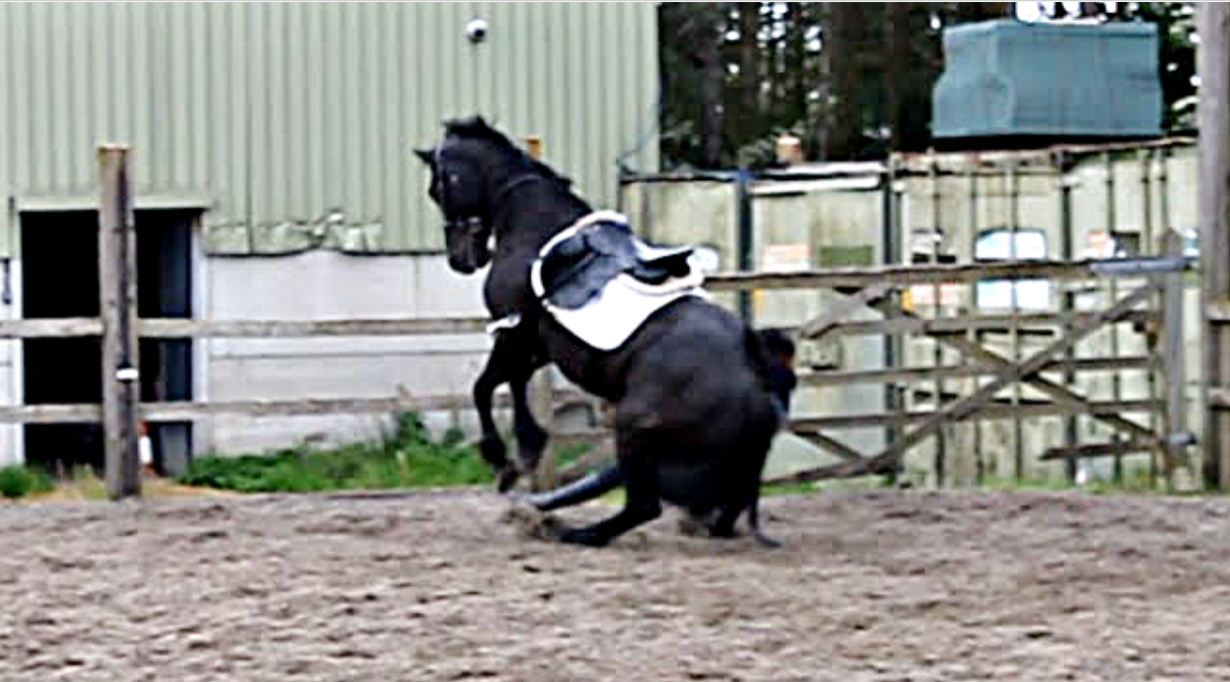 Every horse owner has dealt with a stubborn horse who won’t do what you want or behaves badly, especially when you ride them. Horses don’t always know they’re bigger than humans, but some stubborn ones simply dig in their heels and refuse to move from where they are standing.

Their soft size makes it very difficult for you to force them forward. Rather than giving up on your horse, you have to understand the reason for his stubbornness and try to manage his noncompliance directly before it becomes a bad habit and it’s almost impossible to change him.

Today we are going to show you the incredible story of a horse who was very spooky and would become nervous in almost every situation. Her owner, a youtube blogger named Hannah Marie posted a very interesting video of her horse who showed how far she has come after 3 months of intensive training.

The cute story named Onyx, has come a long way after firstly being a petrified and nervous horse to competing in a horse show and receiving applauds and lovely comments from everyone.

When Hannah first got her horse, people would say all kinds of things like “It would be a miracle if you can do anything with her”, “some horses can’t be fixed” or “I have seen her reactions and they are crazy” but Onyx showed them that they were all wrong and is now a kind and well-behaved horse.

Hannah did a great job and deserves a big recognition for believing in her since the beginning.