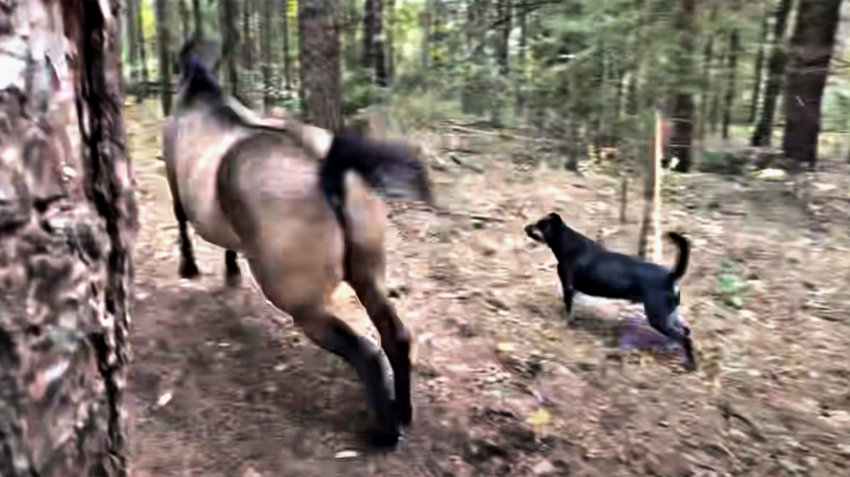 If given enough food, a horse will frequently develop a “hay belly.” Instead of fat, this is a symptom of typical gas production. Horses produce a ton of gas, which is why they frequently flatulate! Horses are large enough animals, I don’t know about you, that I wouldn’t want to be there when they pass gas. A funny video that a horse’s family put online depicting the animal’s peculiar behavior has gone viral.

Sven the Grulla Quarter Horse is portrayed in the video “running through the woods with the dogs, kicking trees, farting, and just generally having a great time,” according to his owners. Before sprinting back into the meadow and passing the people and dogs, the horse farts loudly before hitting a tree. Over 32 million people have now watched the YouTube video! A great cinematic masterpiece, according to one commenter.

I wasn’t convinced that the fabled kick, fart, and run could be condensed into just 25 seconds when I first read the headline. But with such ease, this horse executed one of the world’s most powerful maneuvers. What an example. The pet owner continues, “The dogs and horses are all excellent buddies and frequently play together. Some viewers are worried about the dogs being around such a massive animal, but Yukon reassures them that they are all part of the same family.

Sven never bothers the dogs, and they get along wonderfully. He was only acting a little rambunctious today. Numerous studies suggest that there may be a connection between dogs and horses. They can communicate by replicating each other’s actions while they play together. During hunting and on farms, horses and dogs have already demonstrated their ability to work together.

They are both companion animals who enjoy company, so as long as they are polite and behave appropriately, there shouldn’t be any issues. Have a look at the following hilarious video, let us know your thoughts on the video, and do not forget to spread out the video on social media with your friends and family in order to make their day beautiful.