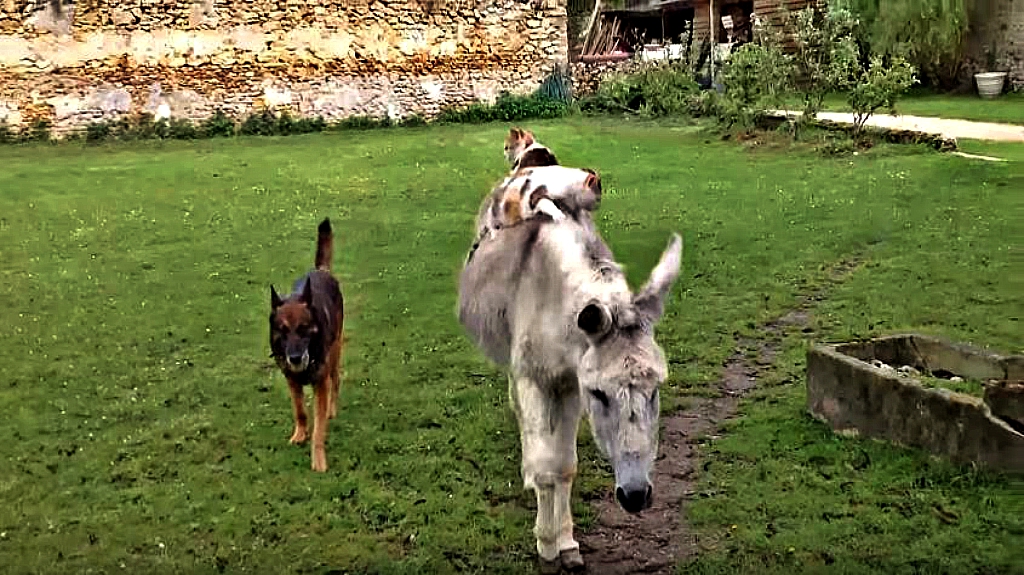 When there is a diversity of animals living in a barn, it is always associated with some of them being close to some others. One example is a video of a horse and a goat who really enjoyed being around each other but on the other hand, a cat was standing away from them. It is really similar to humans though. 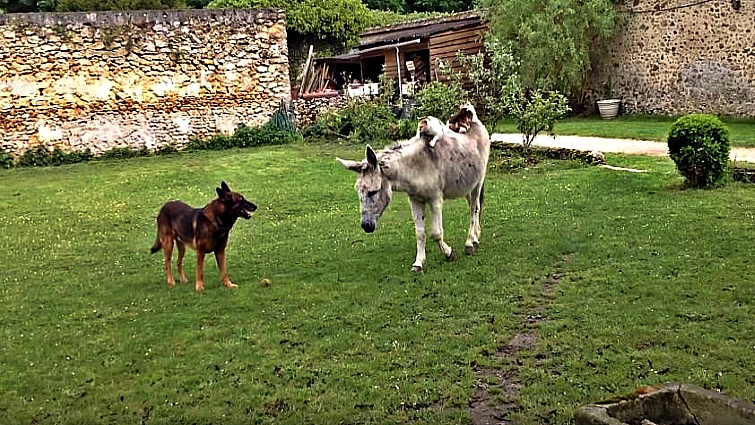 Think about when you were in high school/college or right now. You were/are close only to some individuals. Here is the thing with the donkey and the two cats. They are closer to each other but on the other hand, not so close to the other animals. 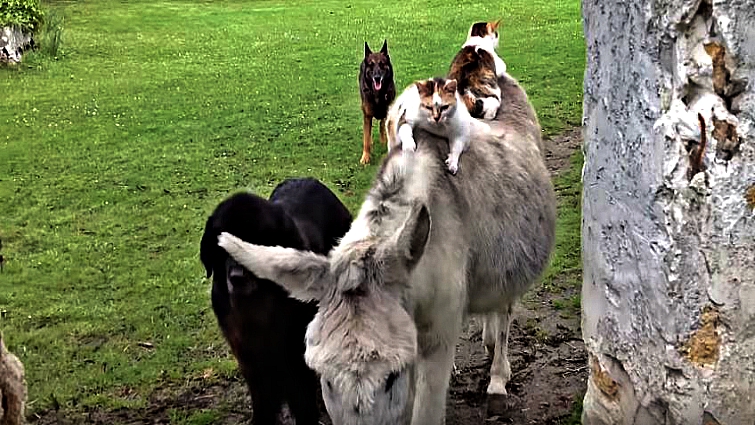 While trotting along in the grass to find shade in the nearby stone barn, this donkey doesn’t mind giving his feline friends a lift along the way. Their faces might look sort of grouchy, but most barn cats I’ve met are just putting up a testy front to keep their spot at the top of the heap.

They definitely don’t shy away from this kind fella. They’re joined by a couple of dogs and a horse on their short journey, all of them as precious as the other. At least in this barn animals are not ignoring one another, which is great. They really seem to have found the key to living all together in happiness.