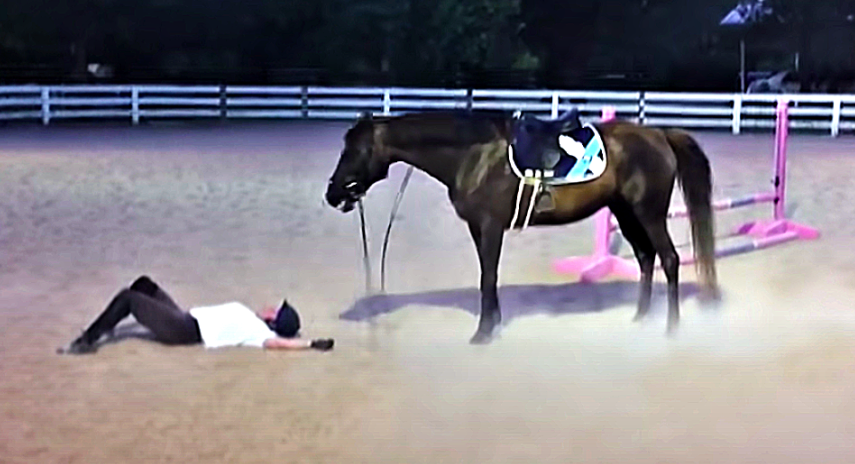 Every rider has dealt at least one with rearing and bucking horses. For non-horse people who may not know what bucking is, we are giving a definition of the word ‘buck’. Bucking is a dangerous habit that should be halted as quickly as possible. It is related to a distinct kind of misbehavior in which the horse sets both feet on the ground, and then immediately throws its hind end upwards. Many horses never try to buck when they are being ridden, and so never learn they can.

While other horses, who are more “tickly,” may buck once or twice when they are first saddled and ridden (mainly if their trainer has jumped their early preparation so they’re not really prepared for transitioning to a rider). Some horses that do buck in training give it up after they find it doesn’t gain anything, and they’ve become habituated to the saddle.

If, however, the green horse ever unloads his rider during this early training phase, he may learn that bucking puts him in control, over the rider and so he continues using it as an obscure tactic. However, there are many reasons why a horse may buck, such as Pain, Discomfort, excitement and other reasons we haven’t been able to find out yet.

At the time the video below was shooted, the rider had been with this horse, named Jasper for 9 years. He has a hurt stifle, which is why he kicked out over the jump. Although Jasper bucked off his rider, he felt bad for what he did so he decided to apologize to her. Watch the video to see his reaction!