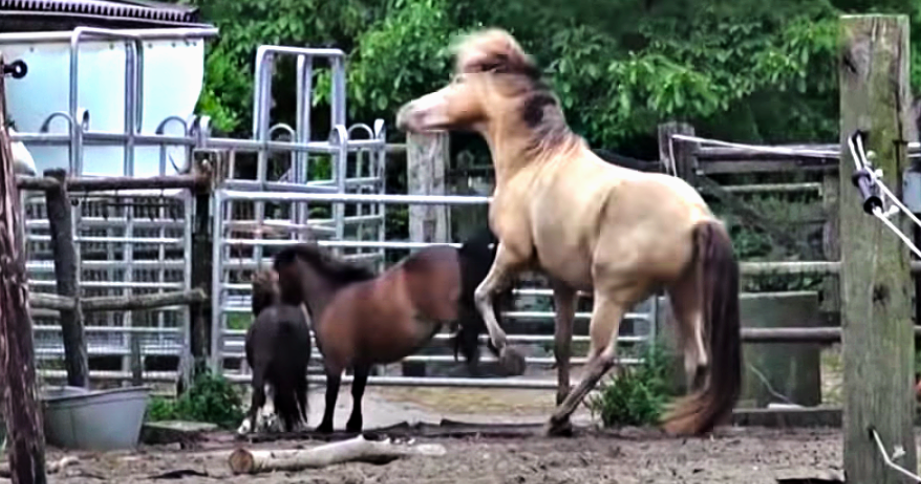 Every day in our lives, we tend to underestimate people who are short and do not look intimidating at all or even people of a younger age. There are some general thoughts that are totally not true about these people, mostly towards the fact that they are not capable of succeeding or that they are not ready yet to take a huge step towards their dreams. There are a lot of examples in the horse world as well. 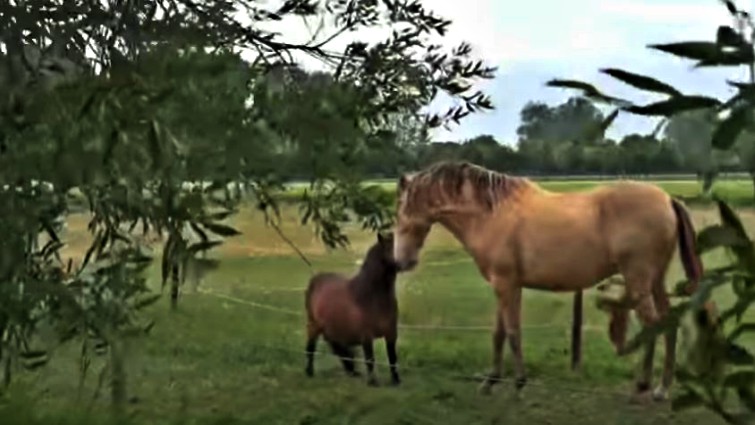 A lot of young children who have performed in important events have impressed a lot of these people who initially thought that these children are not capable of having a proper performance in front of a huge audience. It is the same with young animals as well.  I am pretty sure that people have higher expectations from a Thoroughbred other than a Shetland pony, but it does not mean that the last ones can’t be impressive from time to time. 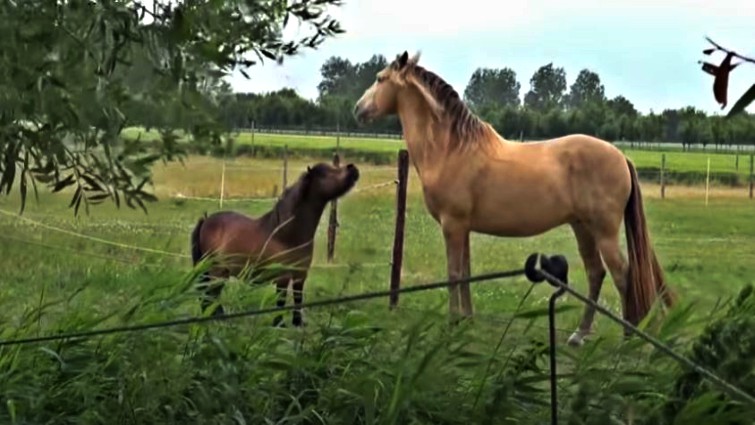 One of the smartest horses who also appeared on Got Talent was a Shetland Pony, to begin with. Maybe not as smart yet brave is this Shetland pony in the video below. Animals share some of the same emotions as people and they can also feel jealousy and maybe it is hard to tell from the video whether Tibor is protecting the foal from the stallion or whether he is simply jealous.

But at the end of the video, we can see little Tibor poking his head up when he notices the stallion moving behind them. Apparently, he is keeping an eye on him. Watch the video and you judge if it is altruism or jealousy. Well, it is worth mentioning that it is quite intimidating standing in front of a horse like that.

You can see the huge difference between this Shetland pony and the stallion, yet, the Shetland was not afraid to stand in front of him, which definitely needs to be applauded. Tibor is definitely a smart horse and I really hope he gets the recognition he deserves from this video. Please have a look and let us know what you think