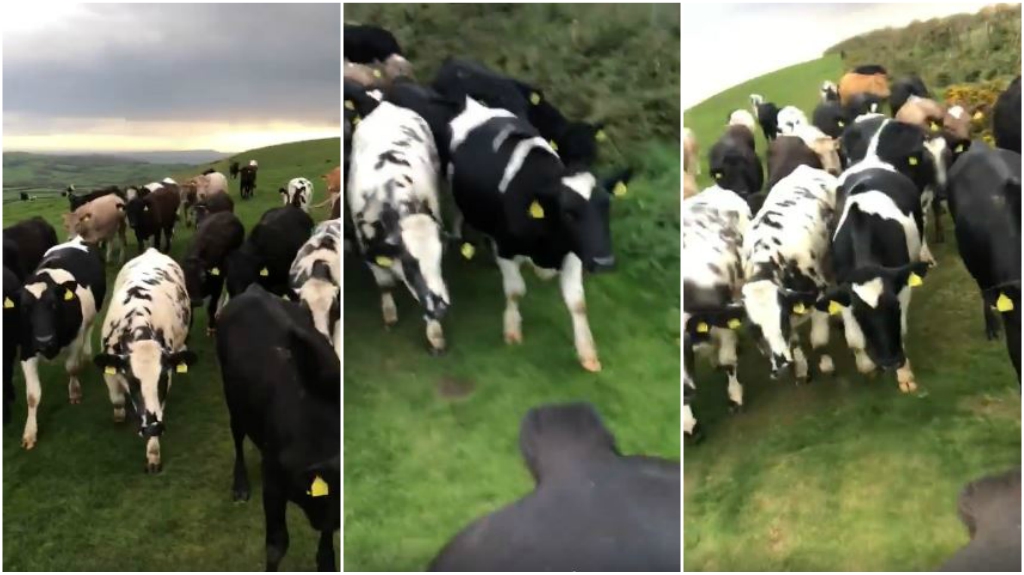 A rider who found herself surrounded by a herd of cows while using a bridleway has praised her “one in a billion” horse who took it all in his stride. Amanda Prior, an equine product tester from Dorset, was hacking her 16.1hh eventer Max when the cows appeared. Amanda said: “I’d been for a gallop and stopped to let Max have some grass afterward – and suddenly the group of cows came running at us while he was eating. 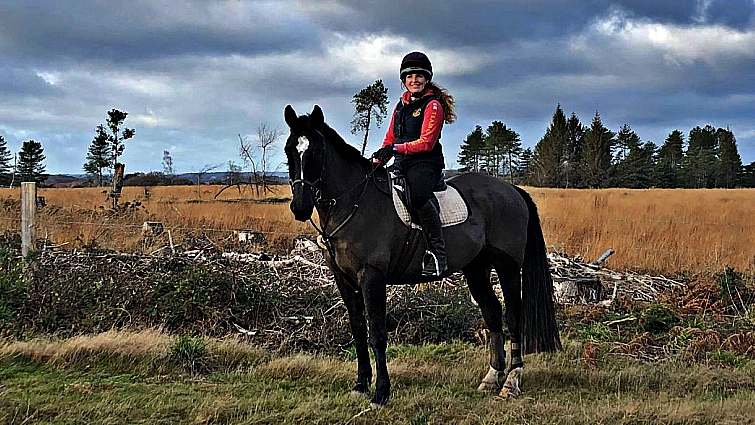 “Max wasn’t bothered; he was too interested in having a munch. He’s so chilled he’ll happily walk on the end of the buckle even after a gallop. The cows were being silly and walking into us but Max was so good. We walked to the gate and he stood while I opened it and went through.” Amanda said nine-year-old Max, who she competes at BE90 level, is “quite a character”. 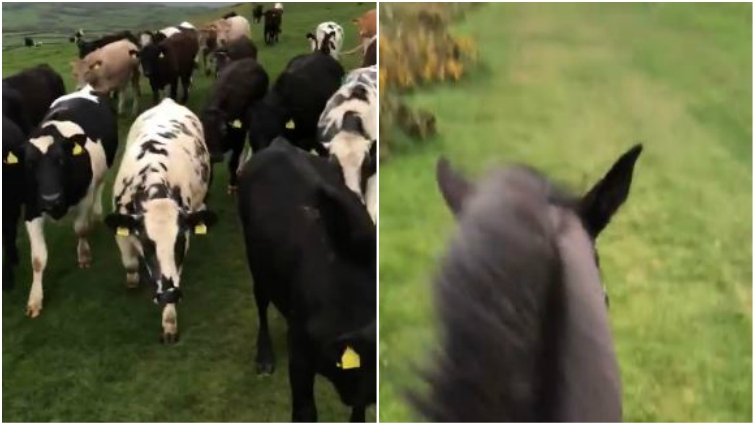 “He’s really weird and likes different animals. Most horses are terrified of pigs but if we ever see any, Max loves to look at them,” she said. “He’s really brave, very safe and always looking after me, we’ve just received our qualification to move up to BE100. I’ve never felt scared of him – we hack, hunt, and compete a lot and he’s always really chilled.

I lost a lovely horse a couple of years ago to sycamore poisoning and then I had a horse who wasn’t suitable for me that I sold on – he terrified me and I didn’t want to ride anymore. When I tried Max out he wasn’t what I was looking for at the time, he was a lot bigger than what I had previously but I bought him and he’s just great, he’s so much fun.”

Could not have wished for a better horse on my ride today . We had a great gallop then the cows appeared as Max stopped for grass ! They then ran at us but all Max was interested in was eating the grass . We then rode back down the field which took about 10 minutes and they followed us all the way running around and running into us . Max just lead the way on a loose rein , he really is one in a billion ???? ❤️????