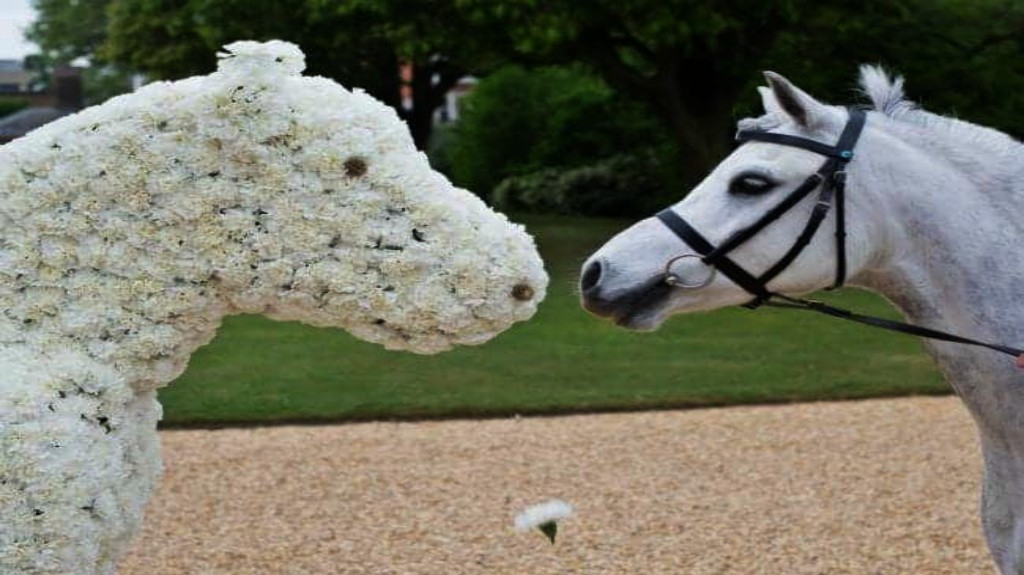 The beautiful white sculpture you are about to see in the photos below also has an incredible story behind it. This is a model of one of the many success stories of World Horse Welfare. This organization is based in the UK but has an international mission to recover the lives of horses around the world through rescue, education, and the improvement of legislation. 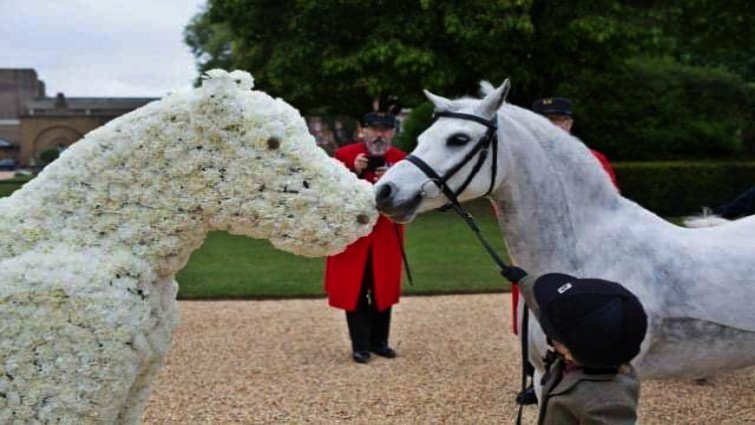 On their 90th anniversary, they created a life-size horse sculpture with nearly 3000 white carnation flowers at the Royal Chelsea Hospital in London. This sculpture is a representation of a white pony named Nutkin who was found neglected and abused by his previous owners and was rescued by World Horse Welfare. He was just a few months old when they rescued him and suffering from a lice infestation. Not only that, but he was also very underweight and frightened of people. 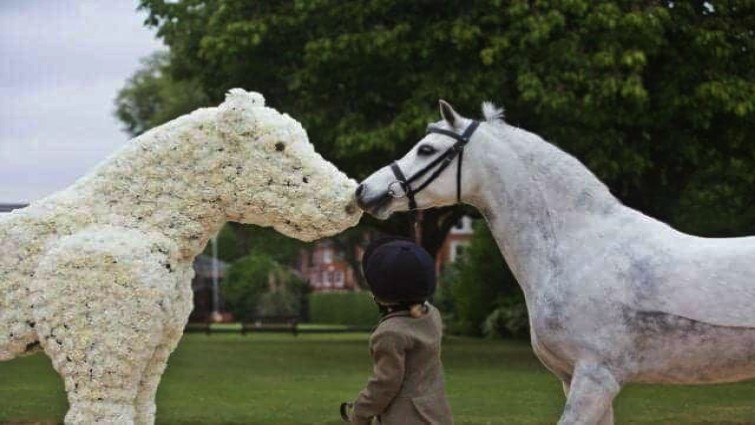 But now everything has changed thanks to the care and attention he received at World Horse Welfare’s Hall Farm Rescue and Rehoming Centre. He is now healthy, happy, and looking forward to new adventures with his new owners. When Nutkin saw his floral doppelgänger, he was very surprised and simply could not stop smiling!

Chief Executive, Roly Owers revealed the importance of Nutkin’s sculpture in a press statement: “This beautiful floral sculpture is a representation of hope and kindness for invisible horses everywhere. We are devoted to keeping horse health on the political agenda. Horses may well be less apparent now than in our history, but their influence is no less important.”