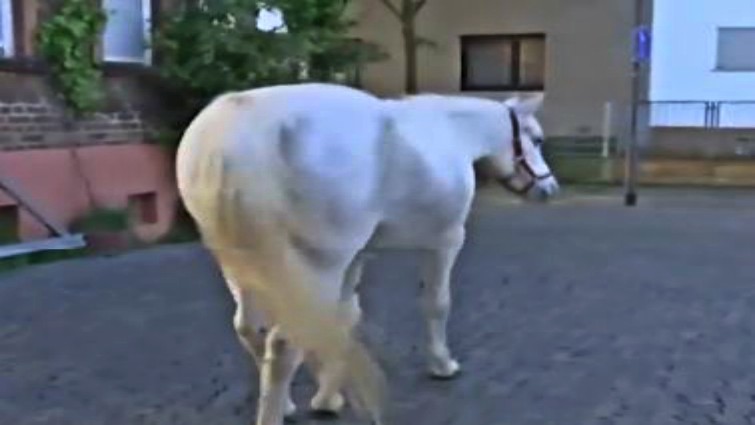 We have seen many pets who are known to walk around and get a little loose, but I’m pretty sure that no one would have believed that in Frankfurt, Germany’s Fechenheim district, locals there have become accustomed to a unique Arabian mare, named Jenny, who walks every day from her home on the same path from the rural areas in Frankfurt to the city center. 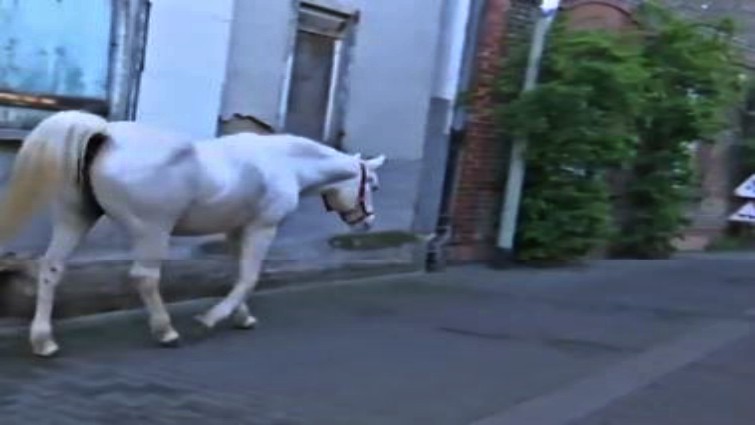 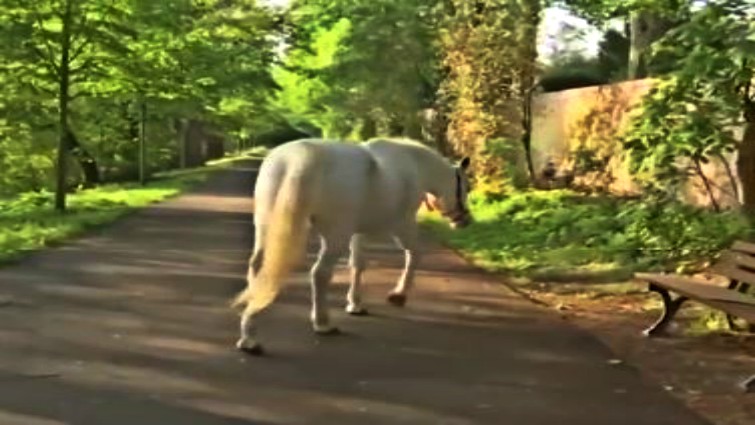 She stretches her legs and greets her fellow residents and is so amazing that she even recognizes how to wait for crossing lights. She is also very sweet and friendly to anyone she meets.  For the people who haven’t seen the horse before, she wears a card that says: “I’m called Jenny, not a runaway, just going for a walk. Thanks.”

For the past 14 years, Jenny has been going on these walks alone because her owner can’t ride her anymore due to his old age. He still loves her very much but just isn’t able to physically ride her anymore.

There have also been many concerns about her well-being and safety, as well as the safety of anyone who meets her. Many people are worried that maybe she will attack or hit someone but the local police station proclaimed that they are aware of the situation because they had received many calls about this horse and they have everything under control.

They communicate frequently with Jenny’s owners to make sure everyone is safe. We are glad that Jenny is doing everything she wants and has supporters not only in her hometown but all over the world.

Single horse is the star of her tiny German town

Jenny is single and enjoys long walks in the park. ????