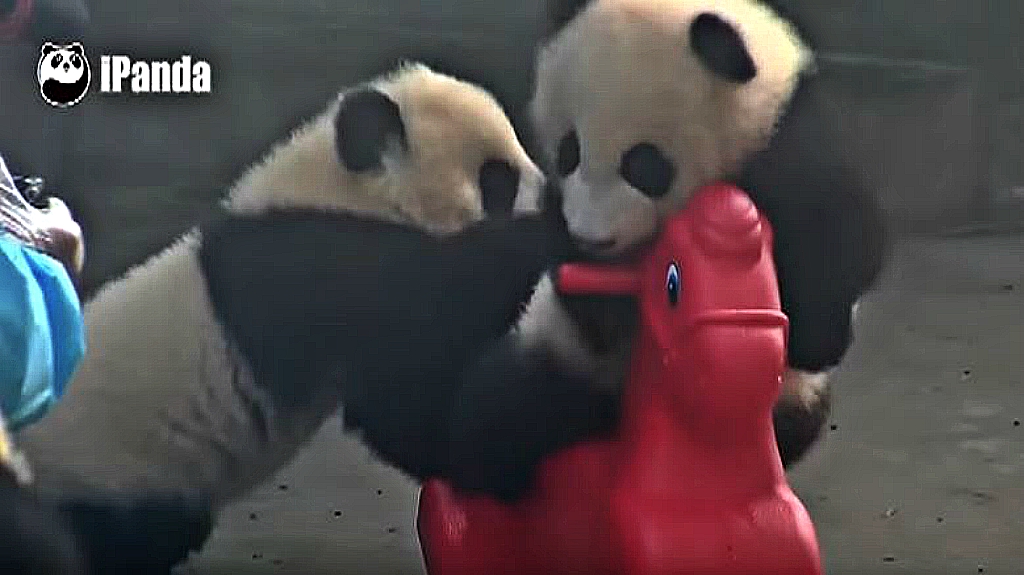 One of the most amazing yet difficult moments for an equestrian is riding a horse for the first time. Some of them begin at an early age and some of them later, others practice with real horses and others with toy horses. However, that is something that we get to see in real life or social media, but how usual it is to watch a video of baby pandas doing what an inexperienced equestrian usually does? 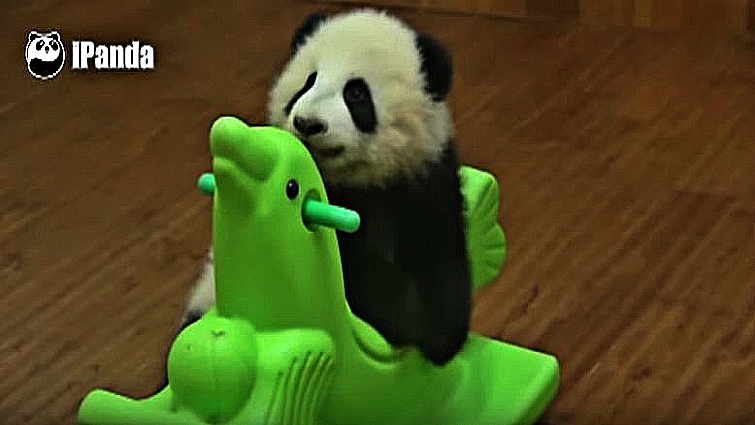 Some adorable baby pandas gave it a try and they seem to enjoy what they are doing. Despite the fact that the size of their bodies is bigger in comparison with the toy horses, their equilibrium is to be applauded. A lot of you are maybe wondering why is an experiment like this needed to be done. 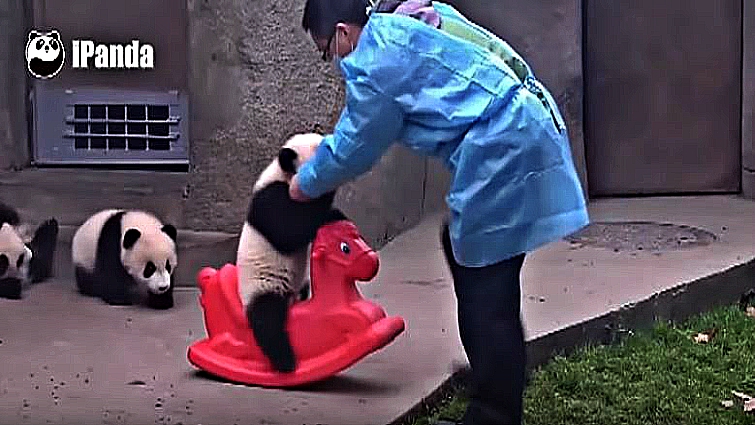 Firstly, as it is mentioned before, this video is proof of an impressive equilibrium of pandas. Secondly, it helps in comparing their behavior in a habitat different from their own; how difficult it is for these pandas to adjust to a completely new place and finally, it shows the differences in the emotional aspect.

While watching this video and comparing it to pandas in their natural habitat, it is interesting to say that pandas have an inquiring nature for everything that is around them. They are always interested in everything new that appears in front of them. After all, they are not as different as humans as you would think. Some suggestions made was conducting an experiment with a real horse. Would you say that this is a good idea?