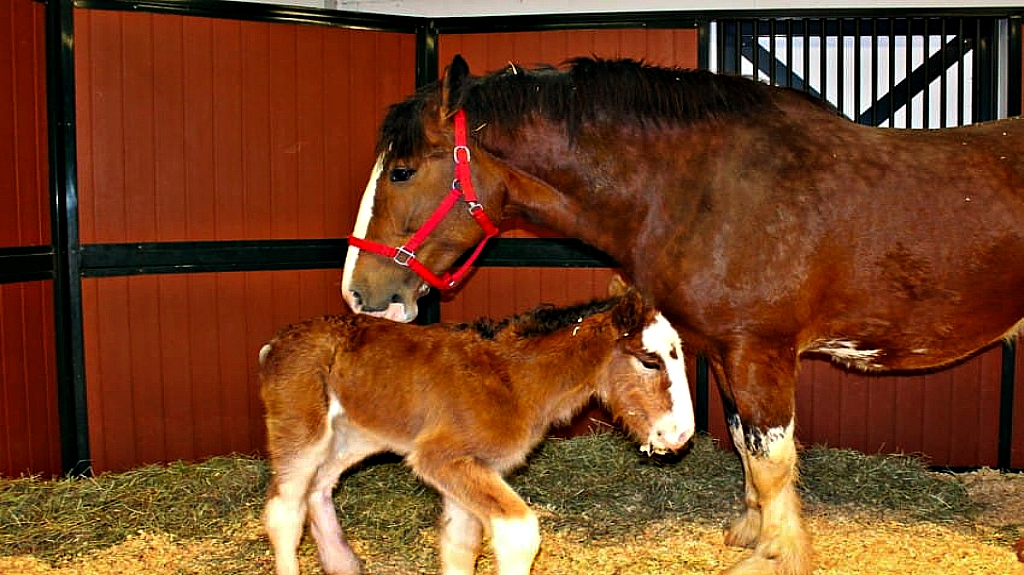 First introduced in 1876, Budweiser beer has become more than just the name behind a crisp pale lager. In addition to being one of the highest selling beers in the U.S., the Budweiser brand has become synonymous with the great ideals of strength, home, and country. Each year, Budweiser debuts a new commercial to air during the Super Bowl. Often, these football commercials feature the company’s symbolic Clydesdales, the horses used in many of its promotions and on tours around the country. 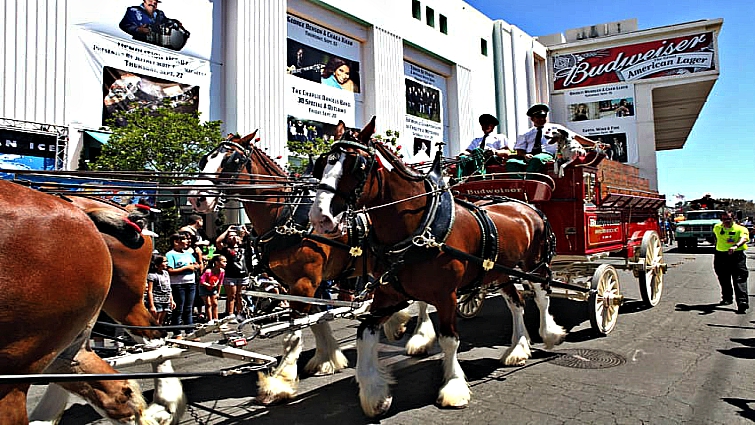 Earlier this week, just before dawn on Tuesday, Warm Springs Ranch, home to all 160 Budweiser Clydesdales, welcomed its newest, tiniest member: adorable little Mac, the brand-new baby foal. Mac has already garnered thousands of fans on social media and has their support to appear in this year’s Super Bowl commercial. Warm Springs Ranch, located in Boonville, MO, is home to the iconic Budweiser Clydesdale horses. Anheuser-Busch, the brewing company behind Budweiser, first began its tradition of featuring Clydesdales in their campaigns in 1933. 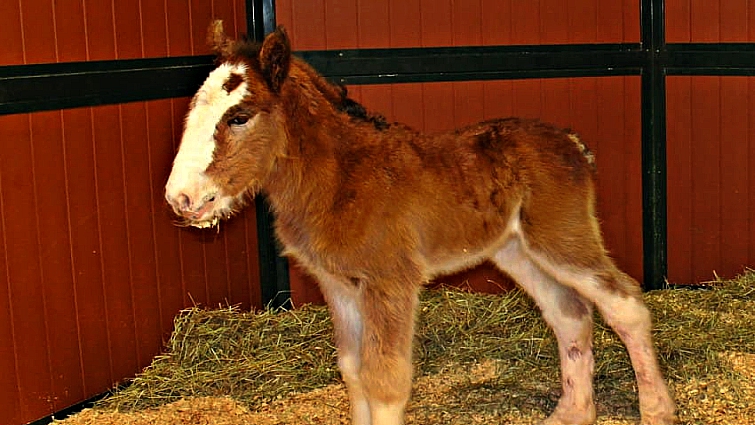 August A. Busch Jr. and Adolphus Busch, cofounders of the company, first presented the horses to their father to celebrate the end of Prohibition. Since then, the horses have been prominently featured in beer ads and in heartwarming Super Bowl commercials. The Clydesdales are headquartered in St. Louis, MO, but frequently travel around the U.S. in different “teams” during promotional tours.

Warm Springs Ranch welcomed its newest family member: Mac, the adorable new foal. “Mac’s name is a nod to the iconic legacy of the Budweiser Clydesdales, the most macro of all icons, representing Budweiser’s quality for more than 80 years,” Anheuser-Busch said in a statement. Mac will join more than 160 horses on the ranch, which gives out both group and VIP tours on its sprawling 25,000-square-foot property. What do you think about Mac? Let us know in the comments.