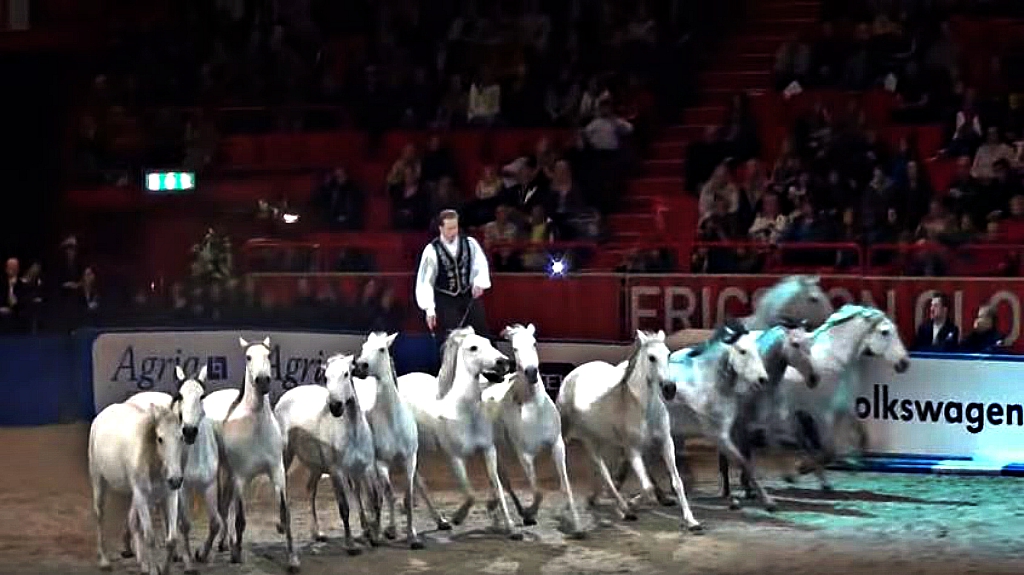 Do you love horses? Then Prepare to be amazed by Lorenzo’s Horses and this routine from the 2011 Stockholm Horse Show. By the end, one man and 11 gorgeous horses dazzle the audience with their grace, strength, and regality. Lorenzo is something of a child prodigy in the world of equestrian artists. 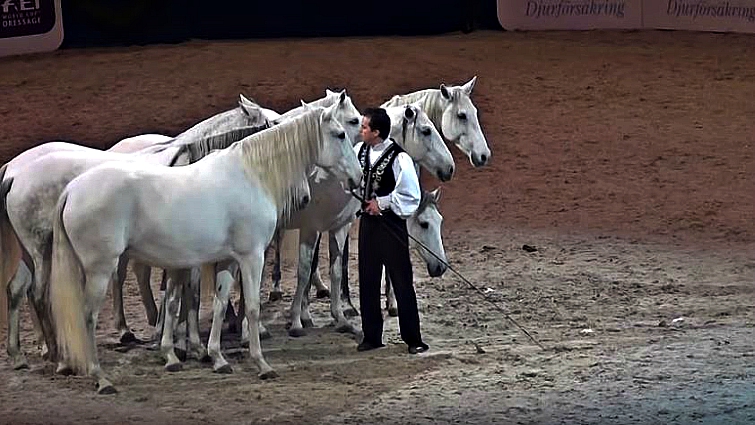 His performances are truly unique, and he’s known for his stand-up dressage, which has its origin in Hungary. At one time during the routine, for example, there are four pairs of magnificent horses that form one pair behind the other, then Lorenzo leads them to jump over obstacles at full gallop. Amazing! Horses accept leaders who are calm, stable, and trustworthy — and you can tell these are qualities exuded by Lorenzo. 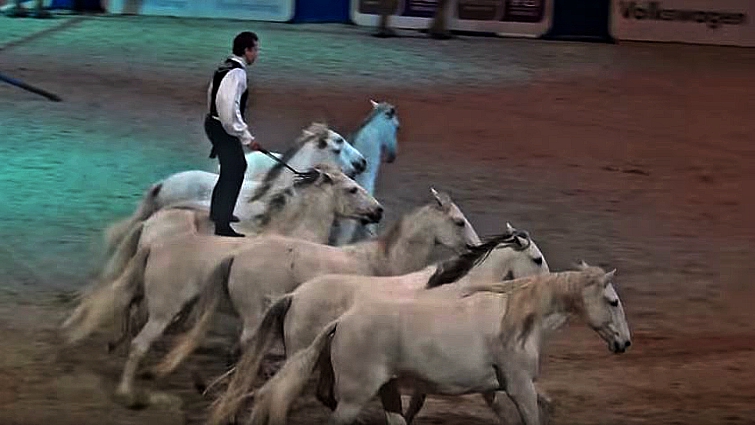 You can also tell he loves his horses right back! As he runs throughout the arena, the horses follow behind without halters or ropes… and it’s simply stunning to watch them play so close attention while they’re completely free and having fun. Also, if you look closely, Lorenzo never uses the whips to hit the horses, scare them or enforce.

Instead, he uses it as an indicator and an extension of his arms to give signals. These horses truly trust him. They have established such an incredible connection that it is impossible to explain how did it happen. There’s nothing left to say but watch this beautiful video below. Hope you like it.