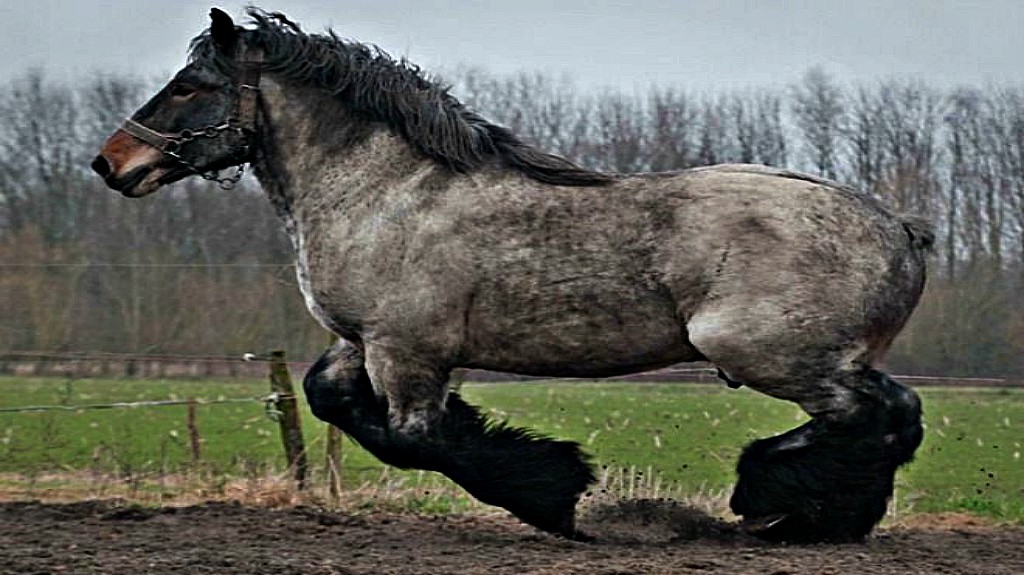 Heavy horses are very beautiful and incredible to watch. They look so peaceful, loyal, and kind and you just fall in love with them right away. In the video below you will see an interesting video that shows a list of horses who are considered to be amongst the heaviest horses in the world! They all have been bred for drawing and carrying heavyweight and yet they look so peaceful and friendly. 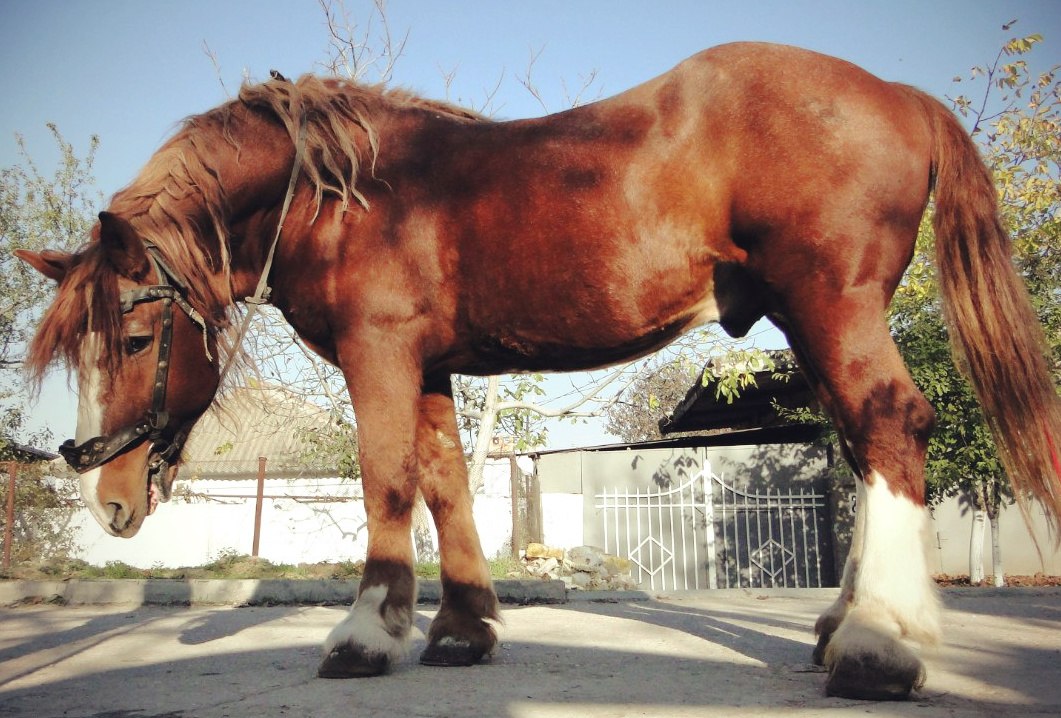 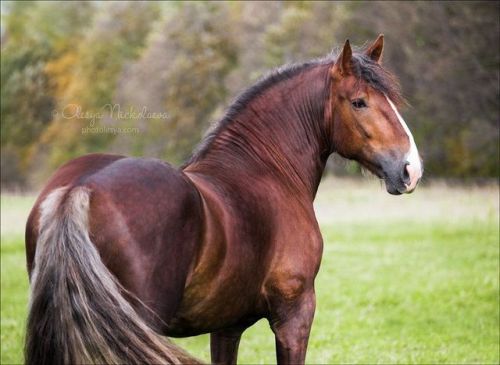 Furthermore, they have been utilized in military actions to transport munitions and heavy artillery in war. They are also great for farming work and they would probably not have survived if they had not been used for such things. Despite being large they also have finesse in them and their kind personalities have made people adore them. Below you will also read the most important features of each breed.

This small draft horse that was powerful, adequately fast, easy to keep and economical as regards supervision and feeding, went on in Russia was purposely developed in order to compete with the breeding of a large heavy draft breed. The hereditary element for the breed came from native Ukrainian breeds, the mountain Ardennes and, in part, from the Brabancon and the Orlov Trotter. Due to its high-profit feeding and high versatility, the Russian Heavy Draught became quite popular. It is now bred in different countries Ukraine and North Caucasus, in Udmurtia and Byelorussia, in Kirov, Sverdlovsk, Perm, Vologda and Archangel regions and in western Siberia.

This breed was produced in Ivanovo and Vladimir regions on the basis of great native horses through crossbreeding with different draft breeds, such as the Percheron and the Suffolk, and later with the Clydesdale and, to a minor amount, with the Shire. The latter was in full use only from 1919 through 1929. The purpose was a horse of medium draft power or less which would have very high speed. Vladimir drafts mix large size, strong build, speed, and an energetic temperament. Related to the Clydesdale, the Vladimir has a more refined chest and cleaner and more solid build than all the other horse breeds.

The Clydesdale horse is one of the most wonderful, kind and peaceful breeds. This breed was produced from the farmhouses of Clydesdale, a county in Scotland. The use of the name Clydesdale was registered since 1826 but the first breed registry was created officially in 1877. Clydesdale horses are one of the biggest breeds in the world who are no longer threatened and can be easily found in the United States, Canada, Great Britain, and Australia.

The Percheron horse was originally produced in the Perche province of France’s Normandy region. There are a lot of various speculations over the internet about this breed’s origin that’s why it is challenging to come up with an official version. The national breeding farm in France, Le Pin, still breeds Percherons today, along with many other horse breeds of French origin. Percherons are thought to be more dynamic than most of the other draft horses breed. They’re appreciated for their powerful, confident attitude, along with their capacity and enthusiasm to please. Other than that, they are one of the horses who have great stamina. Percherons are thought to be great horses for beginner riders because of their kind, patient, and easygoing nature. These qualities make them the perfect horses for those who lack the experience in horse ownership that many other breeds require.

The Ardennes horse is an old breed of European draft horse that is specifically different from other heavy horses of its type. It’s been around for about  2,000 years and with their grand muscled bodies, exceptional force and kind attitude, the Ardennes is an instantaneous favorite for anyone who has the chance to own one. A huge sized horse may be terrifying for all the horse owners but these huge horses wouldn’t hurt a fly. They’re the original meaning of “gentle giants.” Most people define them as being loving, patient, and almost always reliable.

The Shire horses are listed after British shires (countryside) where the breed was formed. The Shire Horse Society first declared the English Cart Horse Society was as a breed registry formed in 1878. They were produced to the United States around 1853 but never achieved much fame. They look alike to a Clydesdale horse, because of their great hooves and feathering on their legs. Despite their grand size, shire horses are usually very sensitive, respectful, and enthusiastic to please. The most excellent characteristics of the shire horse are its imposing height and absolute strength. The breed is also known for its laid-back nature. A lot of Shire owners verify that this horse doesn’t spook easily. This characteristic likely because they were used as carrying soldiers in heavy armor into hard, bad battle situations.