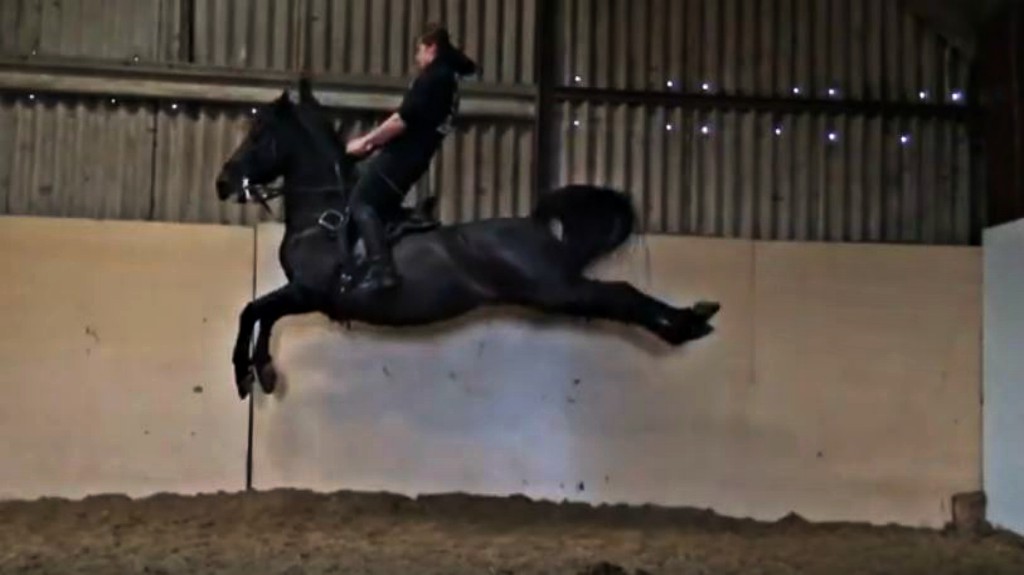 Have you ever seen a horse jump so high that it looked just like he was flying? Well, he most likely was performing the ”airs above the ground” a set of higher-level, classical dressage moves in which the horse simply leaves the ground. They combine the capriole, the courbette, the mezair, the croupade, and the levade. Nowadays, the airs is usually performed by horse breeds who are frequently trained to do these difficult movements such as the Andalusian, Lusitano, Lipizzan or the Menorquín. 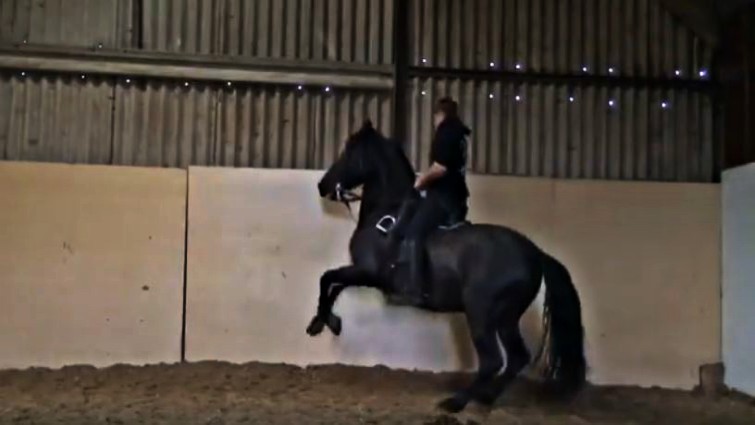 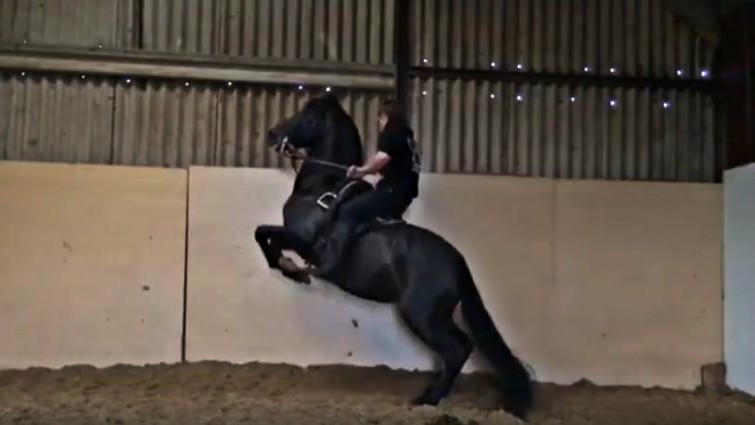 They are able to perform such complex movements due to their vigorously adjusted hindquarters. It is believed that the reason why horses were taught these kinds of movements was for military purposes, and this is confirmed by the fact that is performed by two main riding academies such as the Spanish Riding School in Vienna and the Cadre Noir in Saumur, who are both military foundations.

Horses are normally trained each air on the long rein without a rider, which is less exhausting for the animal. Still, each step is meant to ultimately be performed under a rider. In the video shown below, you will see an incredible black horse that jumps so high, it looks just like he is flying in the air!

We are not pretty sure what breed the horse is, but we think most likely he is a Lippizaner stallion because during the first years of their life they are black and then after a few years their skin transitions to white. Enjoy the video!