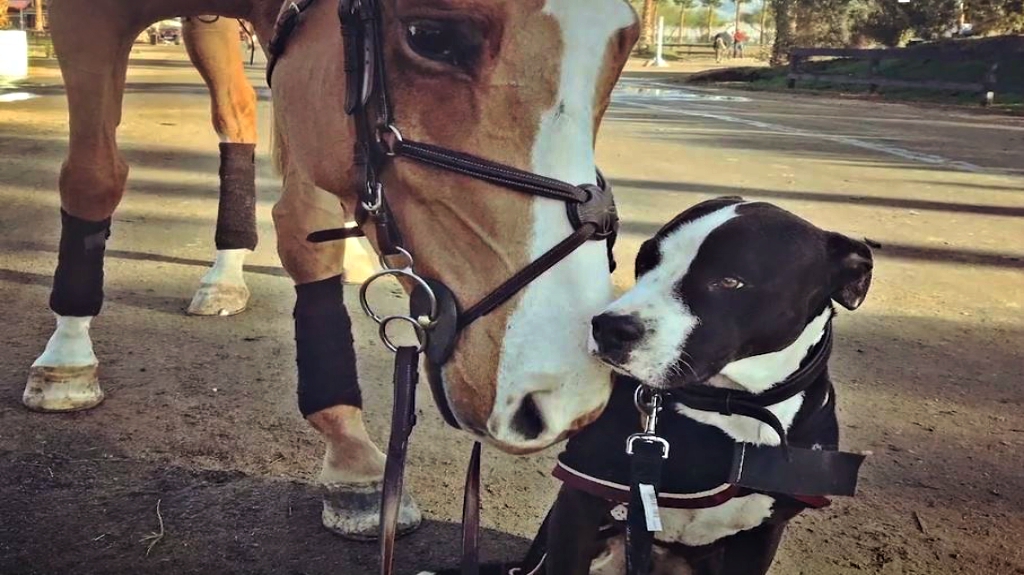 It is time for the usual animal duo that the internet usually goes crazy about. It is already revealed in the title, but even if it wasn’t, I am pretty sure that all of you would have known that I was referring to horse and dog duo. There is no surprise that a lot of videos on the internet that include a group of animals are between horses and dogs as it shows a huge interest in social media and if you compare the views that videos of these two animals get compared to other animal duos are significantly higher as this is the duo that people all over the world have been used to as they are both among the most popular domesticated animals. 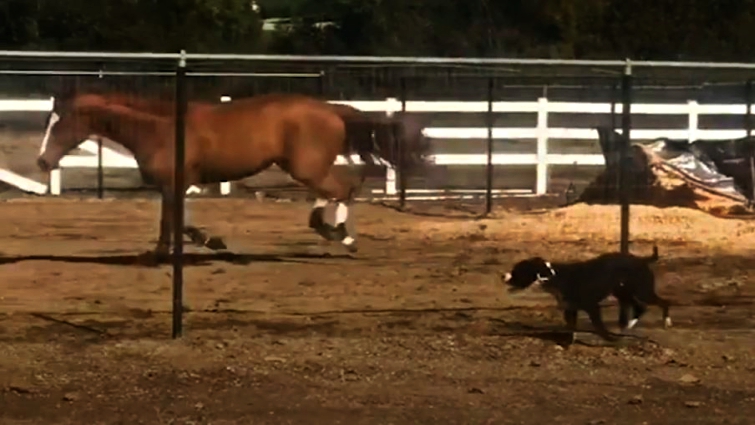 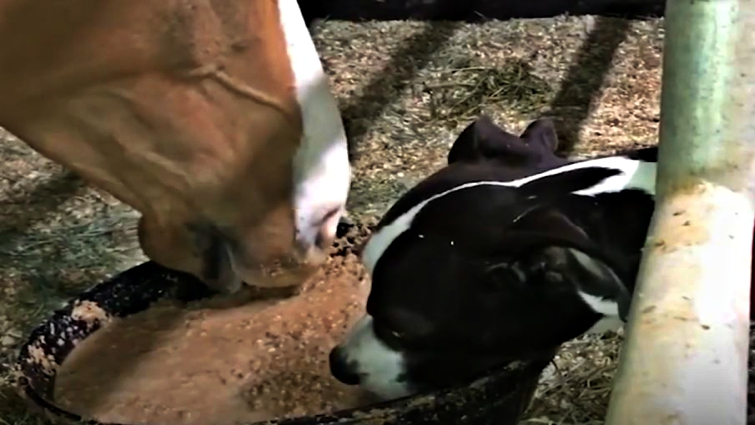 Not only do we like to watch them together, but these two animals love interacting with each other as well. Being similar in terms of personality is a great component that brings the duo together. The video below focuses on another amazing horse-dog duo, however, the main attention is put on the dog named Doug who has developed a very close bond to his friend Nigel, right at the point that he thinks that he is actually a horse as he likes doing all the things that a horse does.

I am pretty sure that you won’t believe that he actually eats horse food sometimes. Whenever Nigel and the other horse jump over the obstacles, Doug would do the same, he also loves walking through the horse walker with them.

Anytime when the landlord tells him that you are not supposed to stay with horses, he bows his heads down as it is something that he really loves doing, that’s why his amazing landlord who actually brought him out of a difficult situation, something that you will learn more about in the video, lets Doug spend all the time he wants with the horses. Not only does he love horses but the horses love spending time with him as well, especially Nigel.

Watching both of them having tender moments with each other is one of the most beautiful things in the world and I can’t get enough of it. It is definitely one of the most amazing duos that you may find. I believe that you will agree with me after you have watched the video below. Have a look and let us know what you think.

This dog copies everything a horse does ????❤️