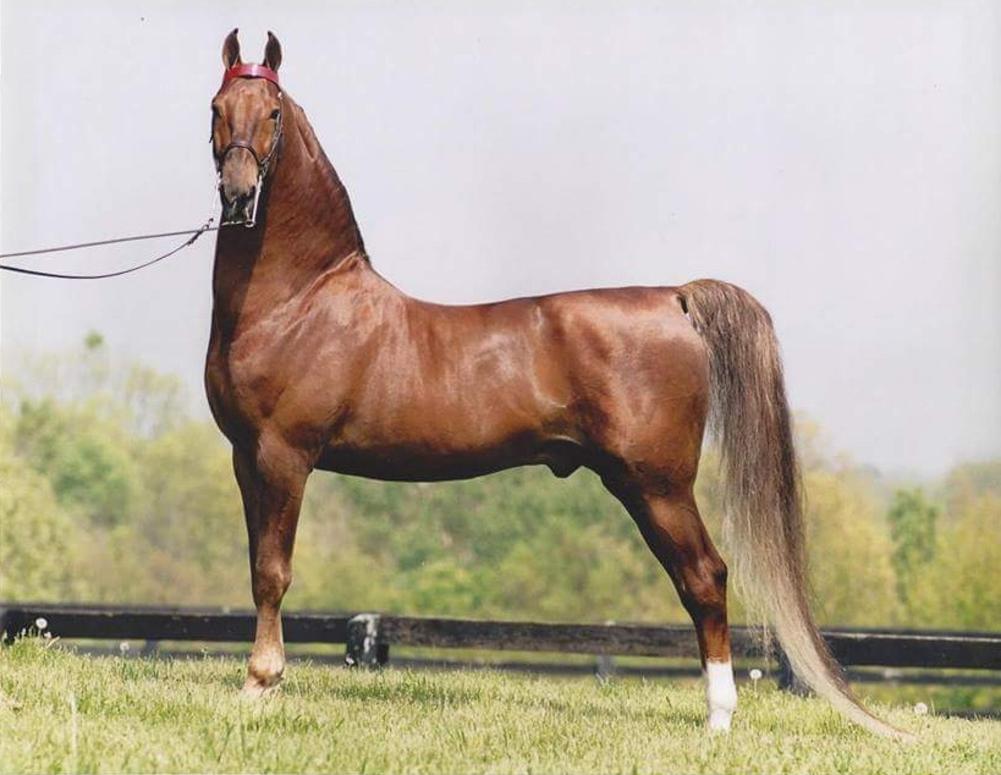 The Saddlebred Horse is also recognized as the horse that was created by the Americans. It was not till 1891 that it was identified as a separate breed, when the American Saddlebred Horse Association, Inc., was founded. Nowadays, these amazing animals are used for multiply purposes such as driving horses, amusement horses, jumpers, hunters, etc. The 20th century saw the demand for the Saddlebred begin to grow everywhere. Almost 250,000 Saddlebreds have been listed and can be found all over the world and places such as Australia, Great Britain, Europe, and Africa hold their own registries for Saddlebreds. 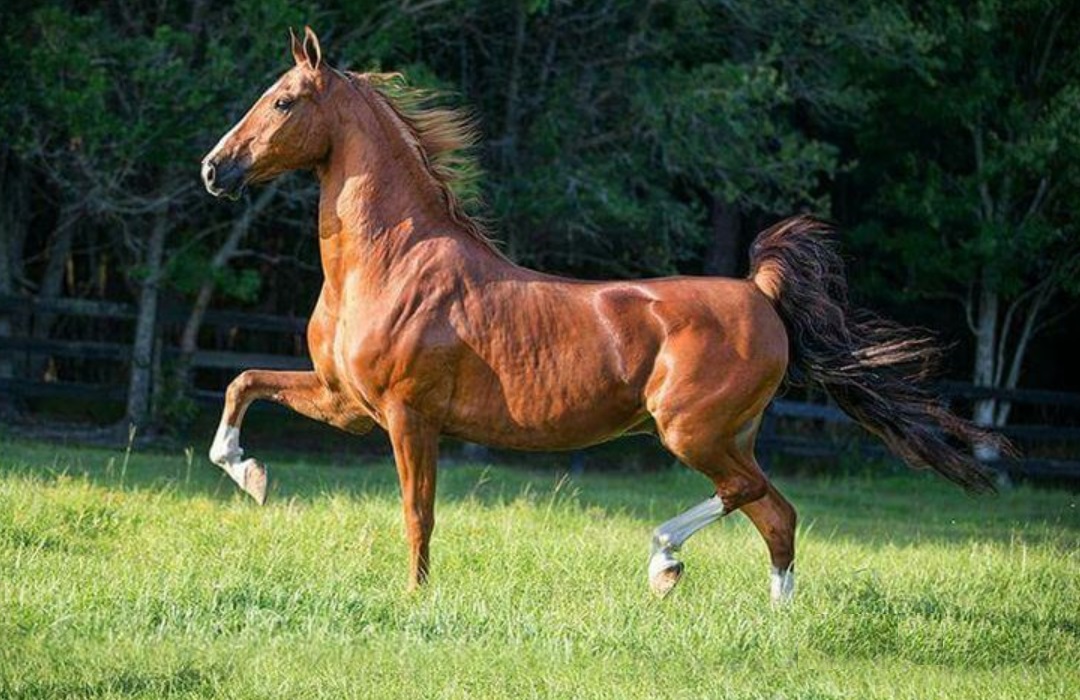 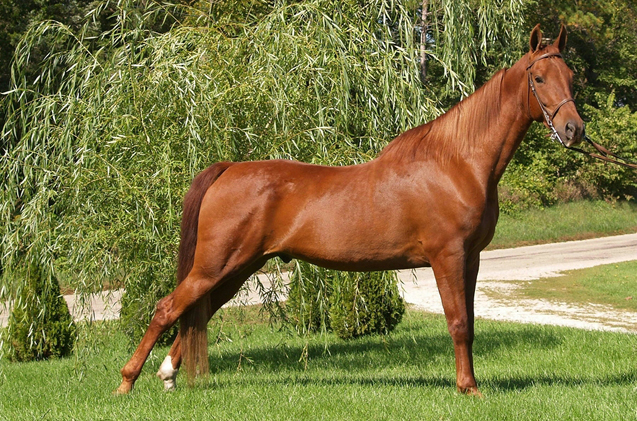 The Saddlebred horse has played a key role in the development of horse shows in America. This breed loves to be in the center of attention and that’s what has made the Saddlebred a famous horse for television and movies. They compete well in combined driving and English riding. Saddlebred is an amazing breed that will continue to shine throughout the world. They may have an ambitious spirit, but they also adore human companionship, and that makes it an exceptional horse for a first-time owner. Below we are going to show you some of the most interesting facts you should know about the Saddlebred horse. Keep reading!

1-They were initially called the “American”

Saddlebreds have their ancestry in the British Isles. Once they arrived in the United States, these horses were improved with the Narragansett Pacer, which added some driving features to the breed while helping it to polish the pace. This breed was originally named the “American.” The first recorded model of this breed can be discovered in a document that was assigned to the Continental Congress.

During the US Civil War, Saddlebreds were very successful. They were strong, had remarkable endurance, and could discover a way to get out of trouble if it was needed. These features made the horse very demanded by officers.

3-They dominate the show horses industry

Saddlebreds were presented in the US in 1816. They made their first debut on the worldwide stage in 1856 during the St. Louis Fair. By 1917, when state festivals began holding events, the Kentucky State Fair judged their contest to be a World Championship show. The American Horse Shows Association was also established in 1917, which would ultimately become the United States Equestrian Federation (USSF). The Saddlebred would come to rule these shows, beginning breed-specific shows only for the Saddlebred.

4- Any coat color is accepted in The Saddlebreds

Although any color is allowed the black, brown, chestnut, and bay are the most usual coat colors spotted in this breed. Roan, gray, and palomino coats are rare but can also be found in the Saddlebred. Since 1882, pinto markings have been allowed in the Saddlebred breed as well. Older Saddlebreds that were splattered were only registered as their base coat color. It wasn’t until the 1930s that spotted, patterned horses were noted independently from the base coat color.

5- Their gait is also what makes them unique

They have the canter, trot, and step just like the majority of other horses, but their canter has some modifications. Two four-beat ambling gaits ascribed to as the “slow gait” and the “rack” are also desirable. In competitions, Saddlebreds race in three-gait and 5-gait classes depends on how they can perform.

6-They are prone to suffer from lordosis

Saddlebreds have an oddly great risk of suffering from lordosis, which is normally called “swayback.” It appears from a passive mode of inheritance, but how it develops is not discovered yet. Swayback is considered a structural flaw and is criticized if the horse is shown. Because of the positioning that is demanded of a Saddlebred during presentations, some horses can grow higher respiratory impairments.

7-The Saddlebreds are very intelligent horses

Most Saddlebreds are kind and friendly animals, particularly when they work with humans. These horses are very intelligent, and they also really enjoy humans’ company, so they make the perfect companion horses. Thanks to their friendly and gentle temperament, they are very willing to learn new things and have a great desire to be trained.

8-The most popular riding horses in the United States

The American Saddlebred Horse makes an amazing riding horse, and the breed is actually the dominant breed of riding horses at shows everywhere the United States. These horses are perfect for free riding, though they also have an excellent personality for use as positive and powerful working horses. The breed’s multiple uses nowadays involve endurance riding, jumping, work activities, dressage, etc.