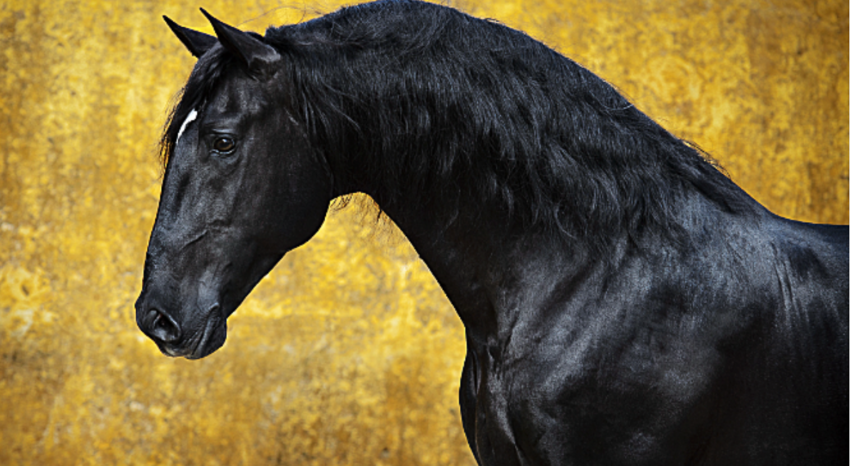 The Lusitano Horse is one of the most fantastic horses around. Not only they are very beautiful and elegant but they also possess incredible honor and intelligence. The impact that these horses have had on people throughout all their history was fundamental. Over the years, people have relied on this breed to transport soldiers into battle and have created an incredible relationship based on respect and honor with a horse who is always ready to learn whatever they are shown. The Lusitano is considered to be one of the first horses under saddle and some relate to them as an Iberian horse.

In 1667, a Duke from Newcastle said these beautiful words regarding a Lusitano horse: “It is the most remarkable horse in the world, the most impressive that can be. He is of great quality and of great bravery and willing; hath the most independent trot and the best performance in his trot, the loftiest gallop, and is the most generous and kindest horse, and the strongest of all for a king in his day of triumph.” Below we have decided to show you some of the most amazing facts about the Lusitano horse, so you can get to know them better. Keep reading!

1. They are usually called The PSL

Have you ever heard of a PSL or PBL horse and question what it meant? PBL means Pure Blood Lusitano, and PSL indicates the equivalent in Portuguese, Puro Sangue Lusitano. Lusitanos are generally called the PSL. Their dear neighbors from Spain, the Andalusian are also commonly called the PRE. PRE means Pura Raza Espanola – or just Pure Spanish Horse.

The Lusitano has been widely used in different Hollywood movies, they are fabulous and are the perfect grand horses. With just simple research on google, you will discover that over 100 Lusitano horses have starred in different movies.

3. One of the oldest horse breeds around

As the first Iberian horse from Spain and Portugal, the Lusitano is considered to be one of the earliest horse breeds in the world. Their foundation dates back to 1700BC, documented by archaeological cavern paintings in the Escoural Caves of Alentejo. Spanish colonists took the Lusitano together with the Andalusian and other Iberian breeds to the Americas, hence the Lusitano can expect to be a founder of many American breeds including Mustangs, Rocky Mountain Horse, etc.

4. For years, The Lusitano was considered the same as the Andalusian breed.

Until the 1960s, the Lusitano horse was recognized as the Andalusian breed, and even nowadays in different countries, they relate to the same breed society. But in Portugal and Spain, they are now identified as separate breeds and the Lusitano is slowly becoming even more popular than the Andalusian horse. They have several physical differences that distinguish them from each other. Andalusian has a more upright head profile and carriage leaning towards grace and elegance for dressage meanings while the Lusitano has a rounder head and body, united with lightning speed and athleticism and is largely used in the bullring.

5. They are often used in the bullring

The Lusitano horse is frequently used in the bullring in Portugal and other bullfighting nations. The bulls are challenged by the horses back and the bullfighter. Only the greatest Lusitano horses can participate in bullfights, this is because they need to have the ability and readiness to avoid the horns of the bull during the fight.

6. The Lusitano possess the ’La Gineta’

Lusitanos possess what is recognized as a sub-convex portrait or a Roman nose. This is a feature that is genetically carried and enables the horse to have the capacity and ability to be a mounted single combat horse.

7. Lusitanos are friendly, calm and graceful

Many children learn to ride on Lusitanos because even though they are spirited, they are still very reasonable and would never buck or try to hurt its rider. They are strong and smooth and are distinguished for their extraordinary character and eagerness to please. They are also very devoted and perform great with any level of rider or trainer. Furthermore, they have a higher than average intelligence, that’s why they are recognized as a status symbol for people who own them.

8. Lusitanos come in many colors

Even though the Lusitanos are mostly bay and grey their registry admits all colors such as palomino, chestnut, black, and dun. Many years ago, some Lusitanos were even spotted, but now they are very rare to find.